The cloud forests of Honduras can seem like an otherworldly place, where the trees are thick with life that takes in water straight from the air around it, and the soundscape is littered with the calls of animals singing back and forth.

Otherworldly, yes, but scientists have found that the cloud forests are not immune to very down-to-earth problems of climate change and deforestation. A 10-year study of bird populations in Cusuco National Park, Honduras, shows that the peak of bird diversity in this mountainous park is moving higher in elevation. Additional land protection, unfortunately, may not be enough to reverse the trend, driven in part by globally rising temperatures. The study is published in Biotropica.

“A lot of these species are specialized to these mountain ranges,” says study lead author Monte Neate-Clegg, a doctoral student at the University of Utah, “and they don’t have a lot of options as to where to go should things go wrong.” 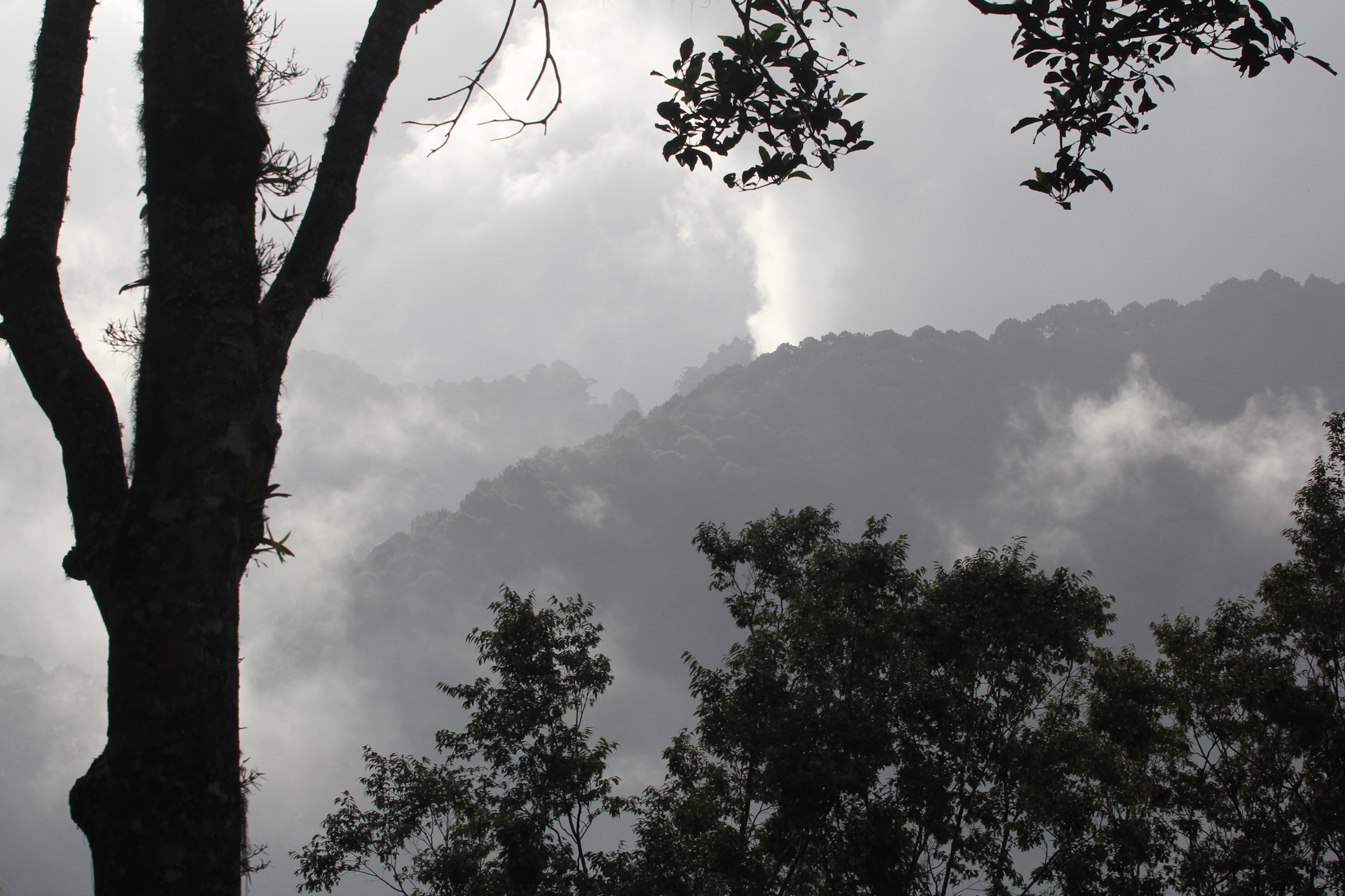 Heads in the clouds

A cloud forest is an ecosystem that derives much of its moisture from water vapor in the surrounding air. Due to elevation and climate conditions, these forests are fed directly by clouds. Nothing ever dries, Neate-Clegg says.

“Cloud forests are pretty special,” he says. “The tropics hold most of the world’s biodiversity to begin with, and then the mountain slopes hold the greatest biodiversity within the tropics.” For example, he adds, Cusuco National Park is the home to at least six amphibian species that are known nowhere else on Earth. The park also supports species large and small–from jaguars to hummingbirds. 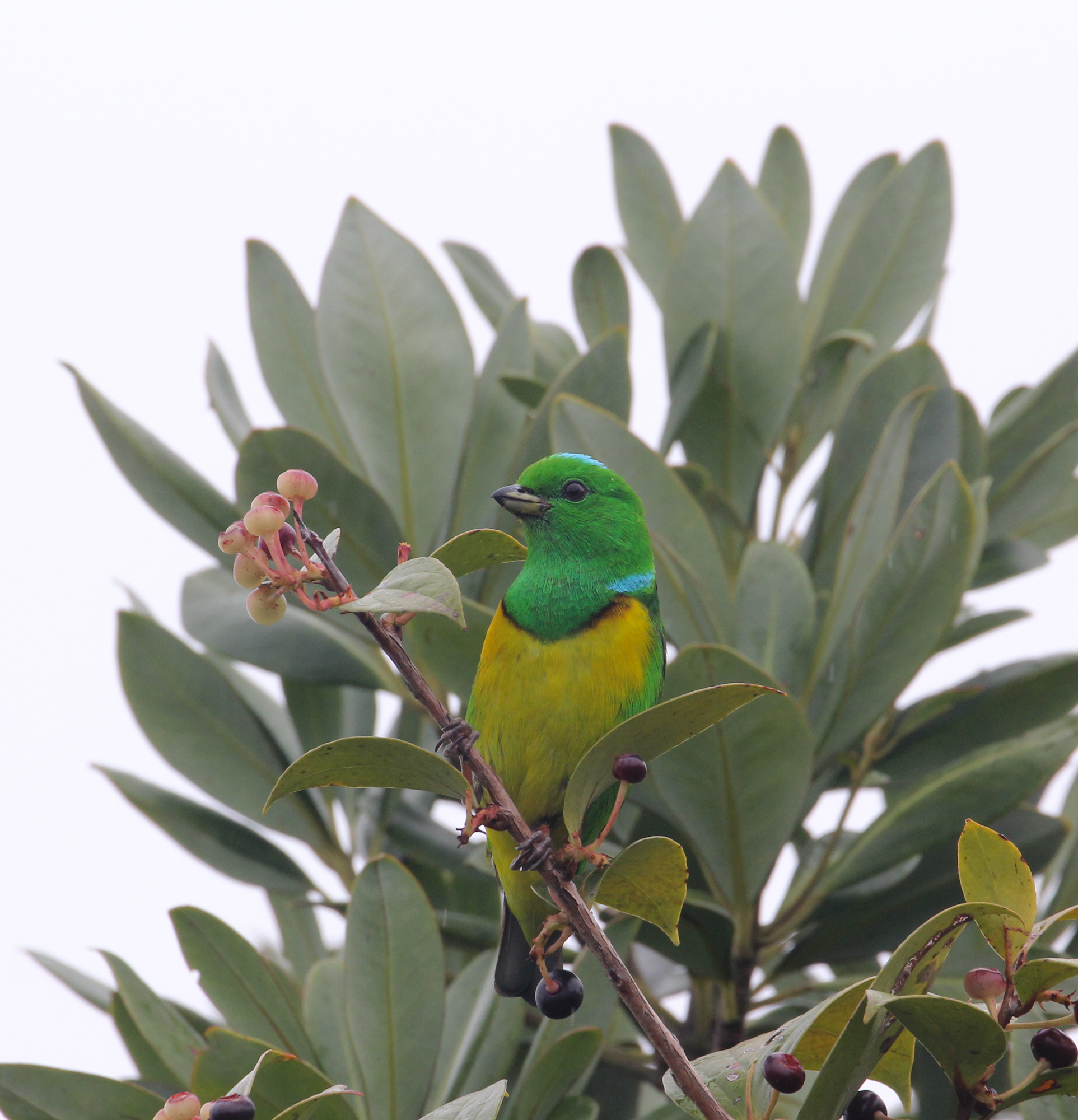 Blue-crowned Chlorophonia, one of the study’s focal species.

Such specialized environments are at high risk for drastic alteration due to climate change,however. Scientists, including U professor and study co-author Çağan Şekercioğlu, predicted that rising temperatures and changes in precipitation would cause species, particularly birds, to shift to higher elevations, shrinking their habitat and boosting the risk of extinction.

That, the authors found, is exactly what’s happening.

Neate-Clegg and his colleagues, including researchers from the UK and Belgium, examined a ten-year dataset of bird species counts in Cusuco National Park. The counts were conducted starting in 2006 by Operation Wallacea, a conservation organization. Few long-term studies like this have been undertaken in the tropics, Neate-Clegg says, with a significant data gap in Central America. “I wanted to plug this geographic gap,” he says.

They found most species moving upslope, at an average of 23 feet (7 m) per year. Beyond species-specific changes in elevation, though, the researchers focused on bird diversity along the mountain slopes.

“By looking across all species we could show that the diversity was increasing at higher elevations and decreasing at lower elevations,” Neate-Clegg says. 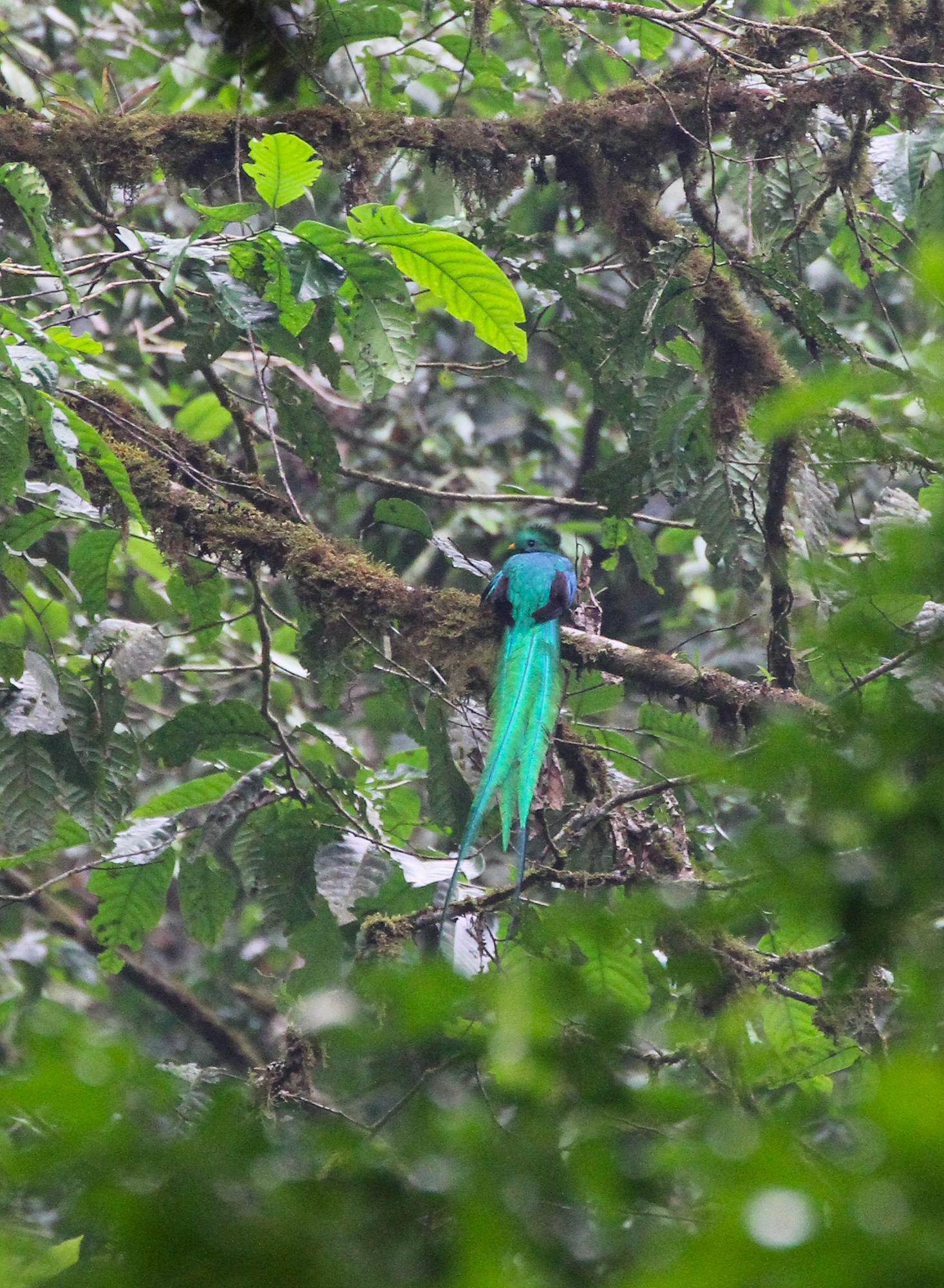 Resplendent Quetzal, an icon of the Central American cloud forest, and one of the study’s focal species.

The authors turned their attention toward discriminating the likely causative factors for such a shift. One factor is the continuing development and deforestation within the park.

“Every year we go back and resurvey, and transects that were forested the previous year are suddenly cut down,” Neate-Clegg says. “They are encroaching year on year.” The terrain’s status as a national park, he says, doesn’t seem to be much of a deterrent for those seeking to expand agricultural land.

But habitat loss is not the only factor. Comparing forested study plots, the authors concluded that changes to the local climate were responsible for the upward shift as well.

Increased land protection would help give the birds more stable habitats, Neate-Clegg says, especially protections that encompass as much elevation as possible. But, as the paper grimly states, “Increased protection is unlikely to mitigate the effects of climate change.”