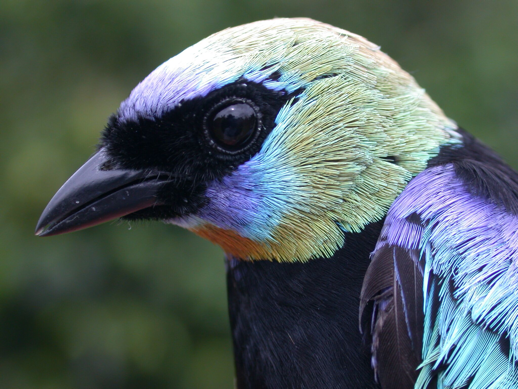 April 29, 2019 — Over 11 field seasons, between 1999 and 2010, ornithologist Çağan Şekercioğlu trekked through the forests and coffee farms of Costa Rica to study how tropical birds were faring in a changing agricultural landscape. Through painstaking banding of individual birds, Şekercioğlu asked whether the expansion of coffee plantations is reducing tropical bird biodiversity.

The answer, published today in Proceedings of the National Academy of Sciences, is no. And yes. Sun coffee plantations are able to host a surprising number of bird species, even more if the plantation has some tree cover. But the plantations are not enough to maintain bird biodiversity.

“It’s two sides of a coin,” Şekercioğlu says. “These tropical agricultural habitats that are mostly deforested still maintain large numbers of tropical species. Even small patches of trees can make a difference and help some species. But the flip side of the coin is, in the long term, most of these species are still declining.” 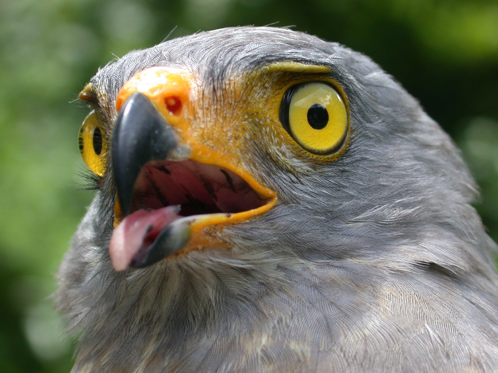 The seeds of this project were planted in 1996 when Şekercioğlu, then an undergraduate at Harvard University, was studying the effects of logging on tropical bird communities in Uganda. “I wanted to continue that research in grad school,” he says, “but I wanted something long term. Not just a quick snapshot, but a multiyear study where I could look at long-term population change.”

Such long-term studies are rare, partially because of the research timeline of a typical graduate student. Doctoral students in biology may be able to collect four years of data before compiling their research into a dissertation to complete their degree. But Şekercioğlu wanted more than four years. To get the long-term trends he wanted, he needed at least six years. Ten would be even better.

Male turquoise cotinga, threatened with extinction. This is the only known instance of this bird being caught and banded.

With the blessing of his doctoral advisory committee at Stanford University, Şekercioğlu set out for Costa Rica in 1999 for the first of 11 field seasons. Between 1999 and 2010, he and his team set up stations in both protected forests and in coffee plantations where he and colleagues would extend nearly invisible nets. The “mist nets” allowed the researchers to temporarily capture birds and affix an ankle band, or check for an existing band, before releasing the bird. Banding allows each bird to be individually identifiable—an essential element of fine-grained population surveys. “These are small, often secretive songbirds we’re talking about,” Şekercioğlu says. “You need the bird banding. It’s labor intensive, but there’s really no substitute.”

After earning his doctorate in 2003, Şekercioğlu remained at Stanford, first as a postdoctoral scholar and then as a senior research scientist, to keep the Costa Rica project going. Over the years, with the support of his co-authors Gretchen Daily, Paul Ehrlich, Chase Mendenhall and Federico Oviedo-Brenes, he and his colleagues mist netted 57,255 birds from 265 species in 19 different study sites—all by hand. In 2009, after securing a position at the University of Utah, he wrapped up his field work in Costa Rica before moving to his current lab in Salt Lake City in 2010 to found his Biodiversity and Conservation Ecology Lab. 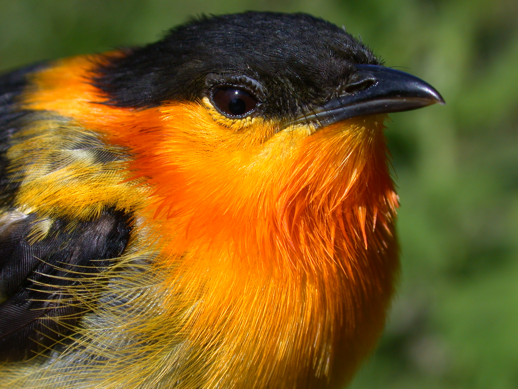 Diversity can be deceiving

In Şekercioğlu’s new paper, he and his co-authors present their results. First, some definitions of the land types in the study:

The results of the study are a mix of bad news and good news. Let’s start with some bad news.

Over the study period, 61% more bird populations declined as remained stable or grew, and this trend held in all study sites except those in the large La Amistad International Park. “If you really want to conserve the native tropical forest bird community,” Şekercioğlu says, “there’s really no replacement for big forest reserves like La Amistad. You really need at least 1,000 hectares (3.86 square miles) of native primary forest. So, there’s no replacement for that.” 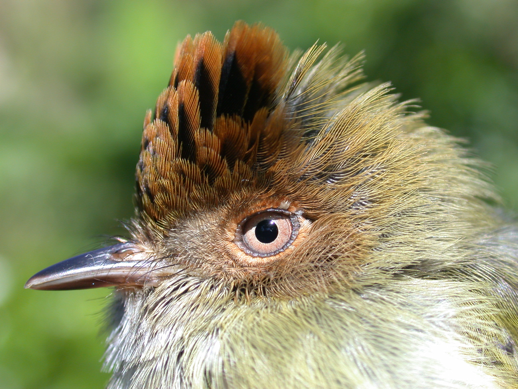 Now some good news. Coffee plantations host nearly as many bird species as forests, with 230 species recorded in forest sites and 185 recorded in coffee sites.

But just looking at the number of species can hide some bad news—species richness isn’t always descriptive of how diverse an ecosystem really is, or a habitat’s value for conservation. “These plantations get spillover species from the nearby intact rainforest,” Şekercioğlu says. “That adds to the richness.” Other species present in the coffee plantations include those that prefer open habitat as well as those who can inhabit a variety of habitats. “Their populations are not declining,” he adds. “In fact, many have globally increasing populations. But a lot of the species missing from these coffee plantations are the most sensitive specialist species. Any study of the conservation value of a habitat has to look at the details of the community composition and not just the sheer number of species detected.”

Are shaded coffee plantations an answer to the threat of deforestation? “No” Şekercioğlu says. “In the long term, by themselves, they are not enough to preserve tropical biodiversity. We need a combination of agricultural areas with as much tree cover as possible and extensive primary forest reserves.” 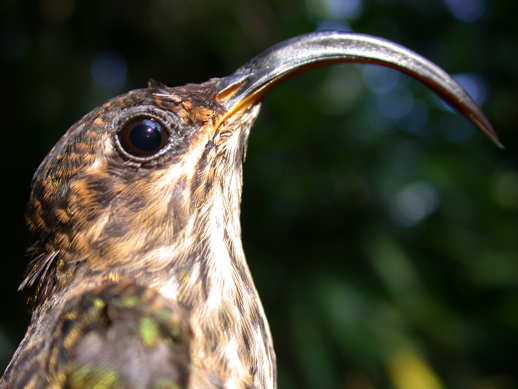 Despite the labor-intensive nature of a bird banding study and the relative rarity of such a long-term project, an undertaking like this is necessary to get a more accurate picture of bird population compositions and trends. “These days it would be very hard to do a study like this,” Şekercioğlu says. A “snapshot study” might have concluded, for example, that the number of bird species in the Las Cruces Forest Reserve indicated a healthy forest, when in fact Şekercioğlu’s study found more than three-fifths of the bird species in decline.

“Short-term studies that focus just on species richness are likely to provide a rosier picture of the community health and the conservation status of these species than the reality,” he says.

Şekercioğlu’s co-authors were Chase D. Mendenhall of the Carnegie Museum of Natural History, Federico Oviedo-Brenes of the Organization for Tropical Studies, Joshua J. Horns of the University of Utah and Paul R. Ehrlich and Gretchen C. Daily of Stanford University.

The study was supported by grants from the Moore Family Foundation, the National Geographic Society, the Wildlife Conservation Society and the Winslow Foundation.