Clues in poached ivory yield ages and locations of origin

More than 90 percent of ivory in large seized shipments came from elephants that died less than three years before, according to a new University of Utah study. Combining radiocarbon ivory dating with genetic analysis provides a picture of when and where poachers are killing elephants, useful tools in the ongoing battle against illegal animal product trade. The study was published November 7 in Proceedings of the National Academy of Sciences.

“This work provides for the first time actionable intelligence on how long it’s taking illegal ivory to reach the marketplace,” says Lesley Chesson, the study’s co-author and CEO of Isoforensics, “The answer: Not long at all, which suggests there are very well developed and large networks for moving ivory across Africa and out of the continent.”

“Apart from the actual killing there’s the trade on the ground before it gets to ports, the actual shipments through shipping containers, and then the problem of the demand side,” says Thure Cerling, the study’s first author and distinguished professor of geology and geophysics. This additional information can be helpful to people trying to address those issues.” 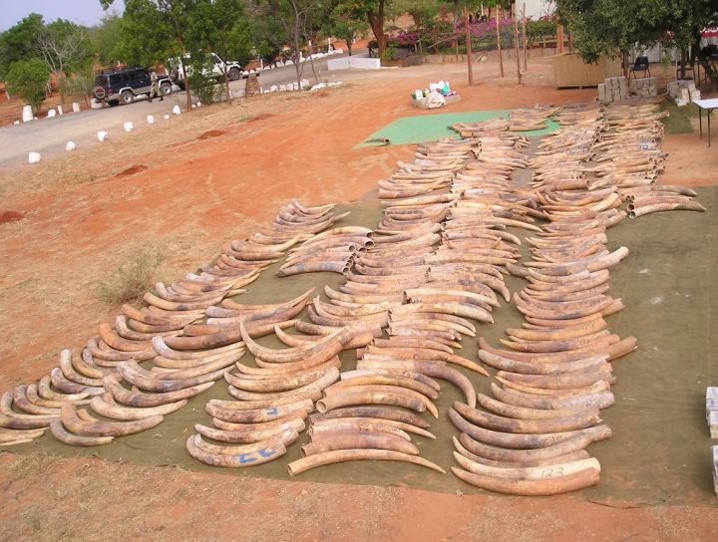 Ivory seizure made in Singapore in 2002, weighing 6.5 tones.

In June 2016, the United States banned almost all buying or selling of elephant ivory, after Hawaii, California and New York, previous centers of the U.S. ivory trade, enacted similar bans. The U.S. bans come 26 years after a 1990 ban on international trade in ivory, aimed at curtailing the widespread poaching of elephants, whose populations plummeted in the 1980s.

Despite efforts to stop the ivory trade, poaching claims an estimated 8 percent of African elephants each year, or around 96 elephants per day. Demand for elephant ivory and other illegal products derived from endangered animals has grown in Asia in recent years, opening a fresh battleground in the struggle against illegal ivory even as U.S. markets shut down.

Bans usually allow the sale of ivory that was legally acquired prior to 1976, including heirloom or antique pieces. Confirming the age of those pieces, however, relies on proper documentation. Traders in illegal ivory sometimes use this clause as a cover, claiming that their wares are older than they really are.

Chesson says that forensic scientists have used the so-called “bomb carbon” signature to estimate the ages of human remains in cold cases and to track the transit time of cocaine from South America to the United States. Cerling, Chesson and their colleagues applied the same method to seized ivory. 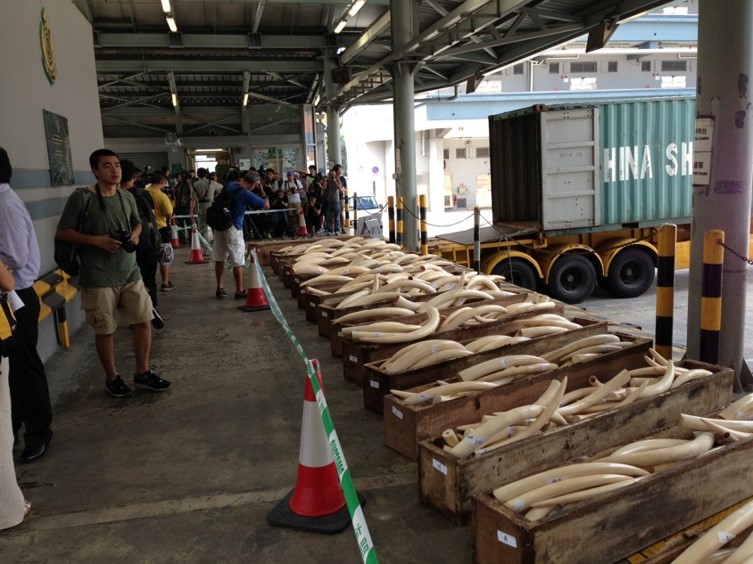 Samuel Wasser, of the University of Washington, led collection of ivory samples from large stockpiles seized by law enforcement officials between 2002 and 2014. Alerted by contacts in law enforcement, officials in the seizing country or from internet monitoring, Wasser collected some samples himself and directed colleagues in sampling the rest. Wasser says seizing countries were helpful and cooperative. “They really appreciate the collaborative effort,” he says.

Samplers cut small sections, only one or two inches on a side, from the inside surface of the base of the tusk—the freshest material with the radiocarbon signature most recent to the death of the elephant. Wasser says that the sight of so many tusks in one place is distressing, particularly the tusks of young elephants shot by poachers to attract other larger elephants. “Sometimes, many of the tusks are so small that you can’t understand why the animal was even killed,” he says. “Tusks can weigh less than one pound, with almost no carvable ivory on them.”

The story of the evidence

Of the 231 samples Wasser collected, only one returned an age of greater than 6 years between the time of the elephant’s death and the seizure of the ivory (lag time). Nearly all of the analyzed ivory had a lag time of around 2-3 years, suggesting that the shipments did not come from stockpiles or from old sources, but rather that large shipments of ivory are likely composed of recently poached pieces.

“This work demonstrates that little or no ‘old’ ivory, like that held in government stockpiles, is ending up on the black market, which is good news for the security and monitoring of those stockpiles,” Chesson says. “There is no other way to get such intelligence without a technique like bomb-curve radiocarbon dating.” 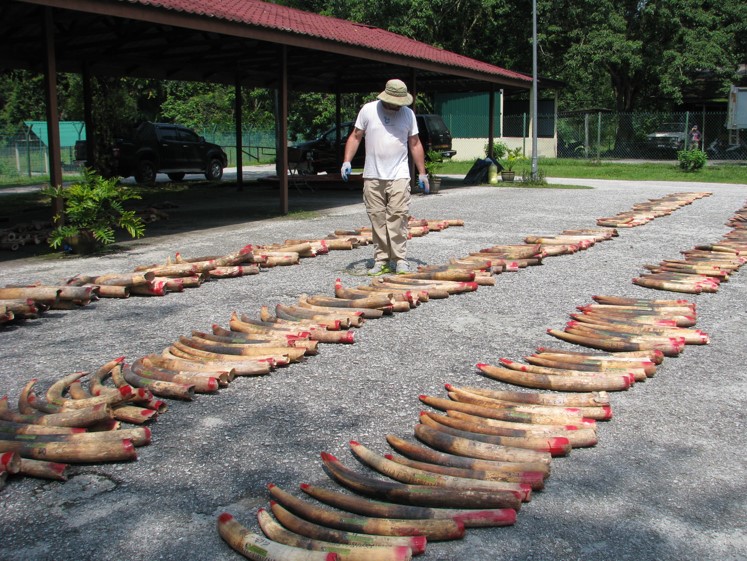 Combining Cerling’s radiocarbon data with Wasser’s genetic analysis to determine the geographic origin of the ivory, the researchers were able to construct a picture of which regions have established rapid pipelines to get poached ivory to market. In the study, seized ivory is classified as either originating in East Africa, in the Tridom region of west-central Africa, West Africa or Zambia. Additionally, samples were classified as having a rapid (less than 12 months), intermediate (12-24 months) or slow (more than 24 months) lag time.

Ivory attributed to East Africa had a higher proportion of rapid-transit samples than the other regions, suggesting a strong distribution pipeline from the region. Ivory from Tridom was more likely to contain slow-transit ivory, and both West African and Zambian ivory exhibited intermediate lag times. The information, Cerling says, can help law enforcement focus on the worst poaching regions and can also provide information on the health of elephant populations.

“If all of the seizures are really recent, within the past two to three years, we can use that to determine the overall killing rate of elephants is in Africa,” Cerling says.

It is vital to stop the killing of elephants for their ivory, a feat made more difficult by the emergence of Asian markets within the last two decades. But demand in North American and European markets have slowed over the same time period, Cerling says. “It really became unacceptable for people to buy ivory.”

Despite progress, elephants are still killed at alarming rates. “The extinction of elephants and other wildlife due to demand for illegal wildlife products is a major problem,” Cerling says. “I’m glad we can apply the latest science to that and that I can be part of it.”

This work was funded by grants from the Paul G. Allen Family Foundation, and from Save the Elephants’ and Wildlife Conservation’s “Elephant Crisis Fund.”