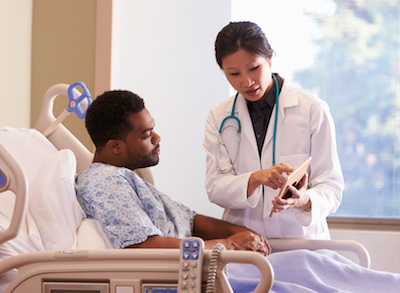 As many as three out of four surgery patients could be receiving anti-clotting medications that they do not need, according to a study led by investigators at the University of Utah School of Medicine.

The research, published online in Annals of Surgery, challenges standard of care guidelines specifying that all general surgery patients receive anticoagulants. The treatment is meant to prevent formation of blood clots in the veins. In the worst cases, clots could break free and block blood flow to vital organs such as the lungs, causing sudden death. However, the new findings suggest that the preventative measure may be unnecessary for most patients, and could even be harmful to a small proportion.

“A ‘one-size-fits-all approach’ doesn’t always make sense,” says the study’s lead author Christopher Pannucci, M.D., an assistant professor of surgery. “A healthy 35-year-old is very different from someone who is 85 and has a history of clots. Our research indicates that there could be a substantial number of people who are being over-treated.” 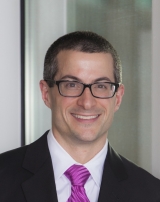 The investigators reviewed 14,776 records from 13 research studies to determine which surgical patients were most likely, and least likely, to benefit from anticoagulants. Within the studies were a broad range of surgical patients, ranging from individuals with few to multiple clotting risk factors such as obesity, advanced age, and personal or family history of blood clots. They were segregated into one of five categories indicating overall clot risk. Assessment was based on a tool called the Caprini score that gauges the impact of each patient’s collection of risk factors.

Risk stratification revealed a large patient-to-patient variation in clot risk. Patients who were not given anticoagulants, and who were gauged to be at highest risk, were 14-fold more likely to develop clots than those in the low risk category (10.7 percent vs. 0.7 percent).  These findings were independent of the type of surgery required by patients.
“It was eye-opening to see that there is this huge variability in risk among the overall group of patients that walk into your office,” says Pannucci. “Unless you consider a patient’s risk based on their individual factors, you would never know.”

The good news is that high risk patients, when given anticoagulants, had significantly decreased risk for developing clots. While the results make sense, they had never before been shown, says Pannucci.

More surprising was that the same benefit did not carry over to the rest of the patients, who comprised 75 percent of the study population. Statistical analyses showed that the anticoagulant medications did not make a significant difference in clotting rates of mid or low risk patients.

“For the first time we have data that prophylaxis for the highest risk groups is beneficial, and data that suggests that lower risk patients may need no prophylaxis,” says co-author Peter Henke, M.D., a professor of surgery at University of Michigan Health System. The data were gathered based on observational data, and prospective studies will need to be done to prove whether anticoagulants work better for some patient populations as compared to others.

Eliminating overtreatment could cut down on unnecessary costs, and results from this study suggest it could also prevent medical complications in some patients. By definition, anticoagulants increase the amount of time it takes for blood to clot, introducing a rare but sometimes serious side effect: excessive bleeding. Just under two percent of all the surgery patients had bleeding complications, and these adverse events significantly increased in the group given anti-clotting drugs.

“Why would we give someone a drug if it doesn’t offer benefit and could offer them harm?” says senior author Benjamin Brooke, M.D., Ph.D.,assistant professor of surgery. “Much of health care is routine and standardized, but studies like this are forcing us to evolve our thinking toward doing what’s best for each individual.”

In addition to Pannucci, Henke, and Brooke, co-investigators are Lukasz Swistun from the University of Utah and John MacDonald from University of Western Ontario. The research will be published as “Individualized Venous Thromboembolism Risk Stratification Using the 2005 Caprini Score to Identify the Benefits and Harms of Chemoprophylaxis in Surgical Patients” in the Annals of Surgery online on Jan. 24, 2017.

Get Ready: Your Future Surgery May Use an Automated, Robotic Drill
May 1, 2017