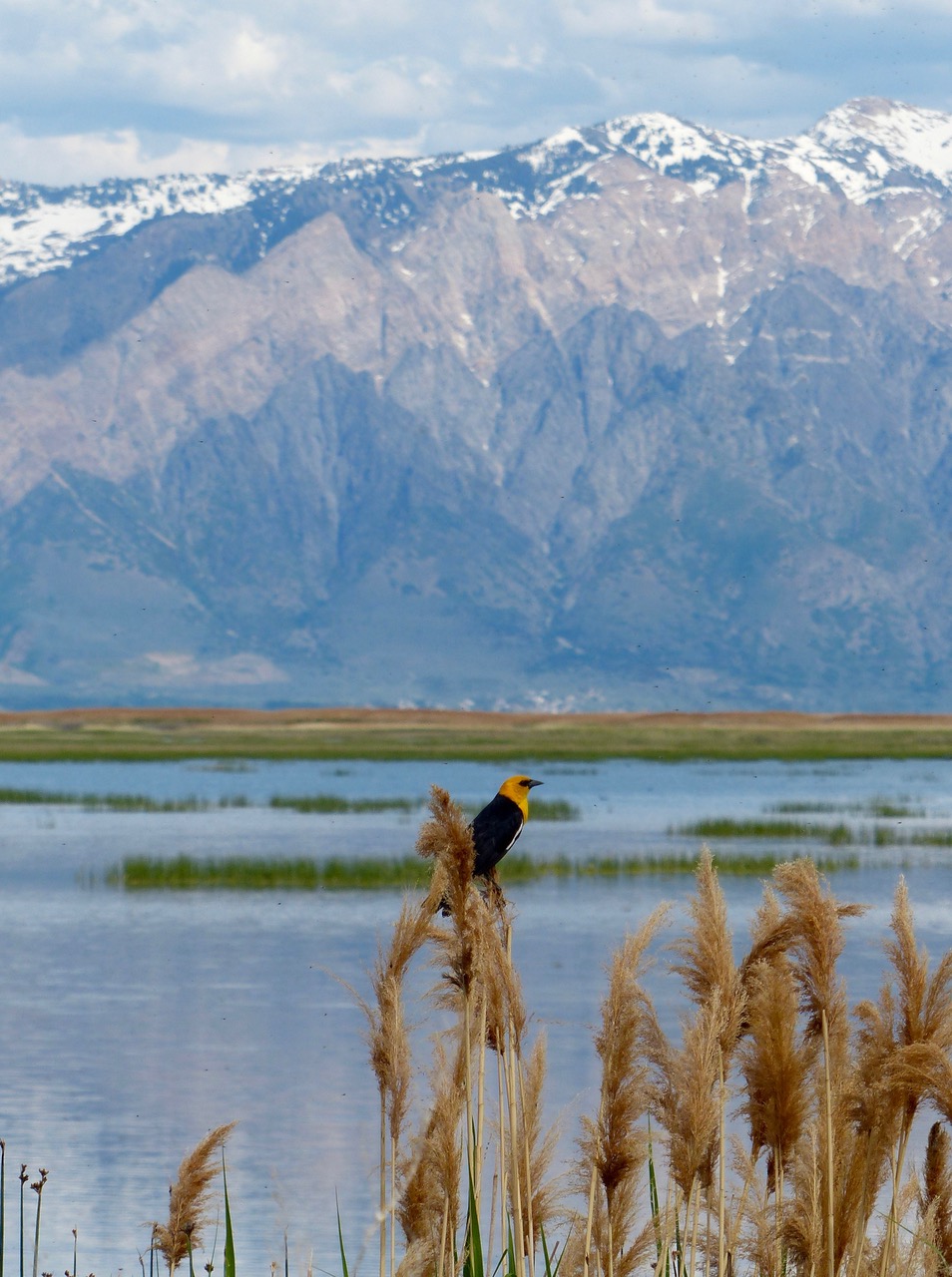 A Yellow-headed blackbird in the Bear River Migratory Bird Refuge.

As long as there have been birdwatchers, there have been lists. Birders keep detailed records of the species they’ve seen and compare these lists with each other as evidence of their accomplishments. Now those lists, submitted and aggregated to birding site eBird, can help scientists track bird populations and identify conservation issues before it’s too late.

Joshua Horns is an eBird user himself and a doctoral candidate in biology at the University of Utah. In a paper published today in Biological Conservation, Horns and colleagues report that eBird observations match trends in bird species populations measured by U.S. government surveys to within 0.4 percent.

Many nations don’t conduct official bird surveys, Horns says. “In a lot of tropical nations that’s especially worrisome because that’s where most birds live.” But he’s now shown that eBird data may be able to fill that gap. 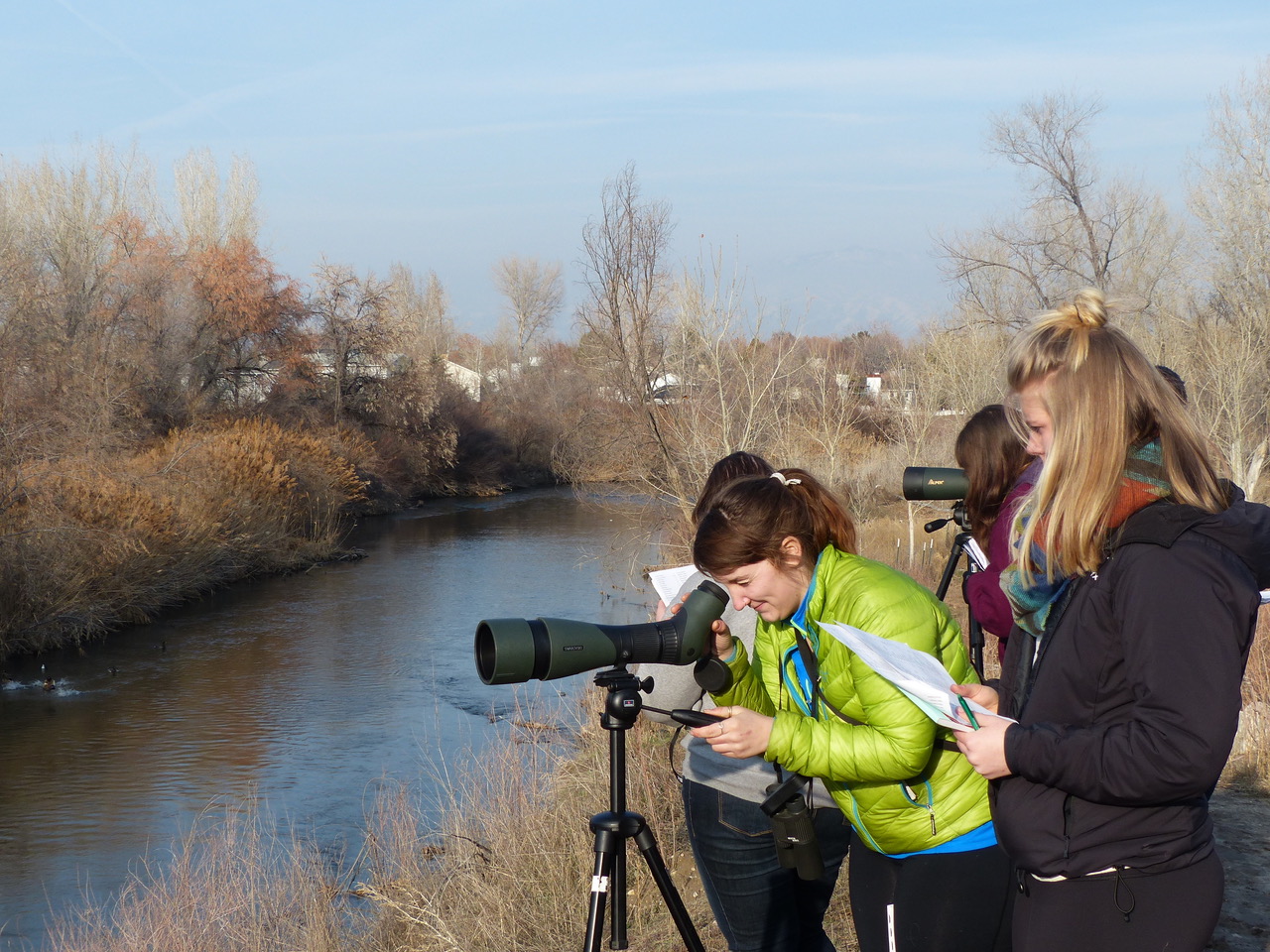 Students in an ornithology class birding on the Jordan River Parkway, Utah.

For birders, eBird is a way to add their observations to a worldwide community and to contribute data to a vast and growing database of which birds have been seen where, and when.

Birders at the University of Utah (notably Kenny Frisch, an assistant horticulturalist who has logged 116 of the 120 known species on campus: see sidebar below) have made the university a local hotspot. And eBird has a system in place to ensure that the data submitted reflects reality. Fact-checkers, including Frisch, are contacted by eBird to follow up on unusual sightings. Ornithologist Çağan Şekercioğlu (currently the fifth-ranked eBirder in the world with 7,273 species observed) says he has been flagged for fact-checking when he identifies species never before seen in an area, and uses his photographs to verify his sightings.

Check out eBird’s page about the University of Utah here. 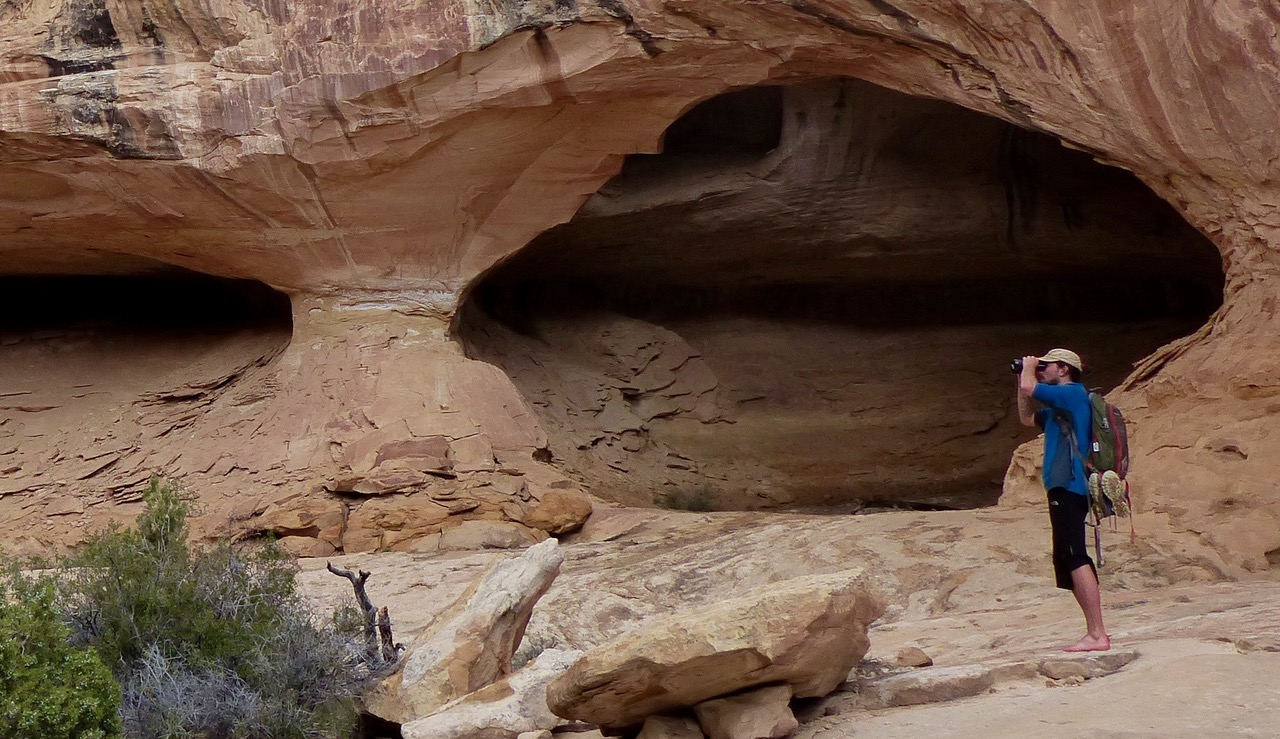 Horns’ question was whether eBird data could serve as a reliable measure of bird populations. In the United States, he had the luxury of being able to compare birders’ lists to the Breeding Bird Survey, conducted annually by the U.S. Geological Survey throughout the United States and Canada. But in South America, the Caribbean and tropical Africa, along with other bird hotspots, government data is absent. eBird users, however, are present all around the world.

Horns compared more than 11 million eBird lists to government data between 1997 and 2016. To account for the range in birder skill represented in the eBird lists, Horns used the length of the birders’ lists as a proxy for their expertise and experience. “Some studies have shown that as you bird for a longer stretch of time you do record more species, but as you bird for more and more years, the number of species you see on any outing increases as well,” Horns says.

With additional statistical controls to ensure a good comparison between the eBird and official data, Horns set out to see how many lists were required to accurately track a species’ population. The cutoff, he found, was just about 10,000 lists. So, if you have above that number of lists for a country or region, the results suggest, you can be confident that population species trends observed in the lists are a reflection of reality.

But what about areas that don’t have that many lists? Horns says that lists from bird atlases and ecotourism groups can also be used, again with list length as a proxy for birder skill. Şekercioğlu is doing his part, having submitted eBird lists following recent trips to Bolivia, New Guinea and Madagascar.

The eBird data is more accurate for common birds, Horns says, simply because they’re observed so often. “White-crowned pigeons live only in the Florida Keys,” Horns says, “so unless you live in the Florida Keys, you’re not going to be seeing them.” Also, more lists are submitted for areas closer to cities. “You’re not going to have many people out in Utah’s West Desert looking for birds but there will be a lot in Farmington Bay, near the Great Salt Lake,” Horns says.

But even common birds can be vulnerable. Horns’ analysis of eBird data shows significant declines for 48 percent of 574 North American bird species over the past 20 years. Large numbers of a common bird species could be lost before the general public notices, Horns says. “It’s those declines in common species that could really drive down functioning of an ecosystem versus declines in rarer species.”

Horns’ results show the value of citizen science observations by amateurs, although the practice of birdwatching long predates the term “citizen science.” Each time birders head out, tripods and binoculars in hand, they are serving as another set of scientific eyes to help bird conservation efforts.

“We hope this analysis can be taken a step further,” Horns says, “We can use it to start monitoring these birds and pick up on birds that may be declining before they decline so much that it’s hard to bring them back.”

Utah eBird user Kenny Frisch has been at the University of Utah for seven years. He is an assistant horticulturist specializing in arboriculture and maintains the Fort Douglas area of campus.

“I have been a birder for as long as I remember,” Frisch says. Working outdoors makes it much more likely that he’ll see or hear birds on campus. “I know the songs and calls of all the birds in the area,” he says, “so even if I don’t initially see a certain species, I can hear it and go locate it.”

The University of Utah is an oasis for birds, Frisch says, with a mature tree canopy and plants that provide food throughout the year. With the grasslands of the foothills east of campus, plenty of shrub areas for secretive birds and the Red Butte Creek ecosystem, the grounds of the U provide birds a wide range of habitats. Frisch says that he conducts weekly surveys of trees and shrubs during the summer to ensure that grounds crews don’t disturb nesting birds. These surveys are in compliance with the Migratory Bird Act. “Both our grounds department and I personally believe the surveys help show our commitment to sustainability and the protection of the birds on campus,” he says. “Our urban environment is enriched by a greater diversity of wildlife.”

Frisch is an eBird fact-checker for Salt Lake County and sits on the Utah Bird Records Committee. About two years ago, he saw that a Great Horned Owl had been reported near Rice-Eccles Stadium. “I tried finding the bird with no success until one day at work someone showed me a picture of the owl on a nest at the stadium,” he says. “It had taken over an old raven’s nest and had a few owlets.” The U was upgrading the stadium at the time, but rearranged the work schedule to make sure the owlets were undisturbed. “It was good to see the university was willing to show their commitment to birds on campus,” Frisch says.