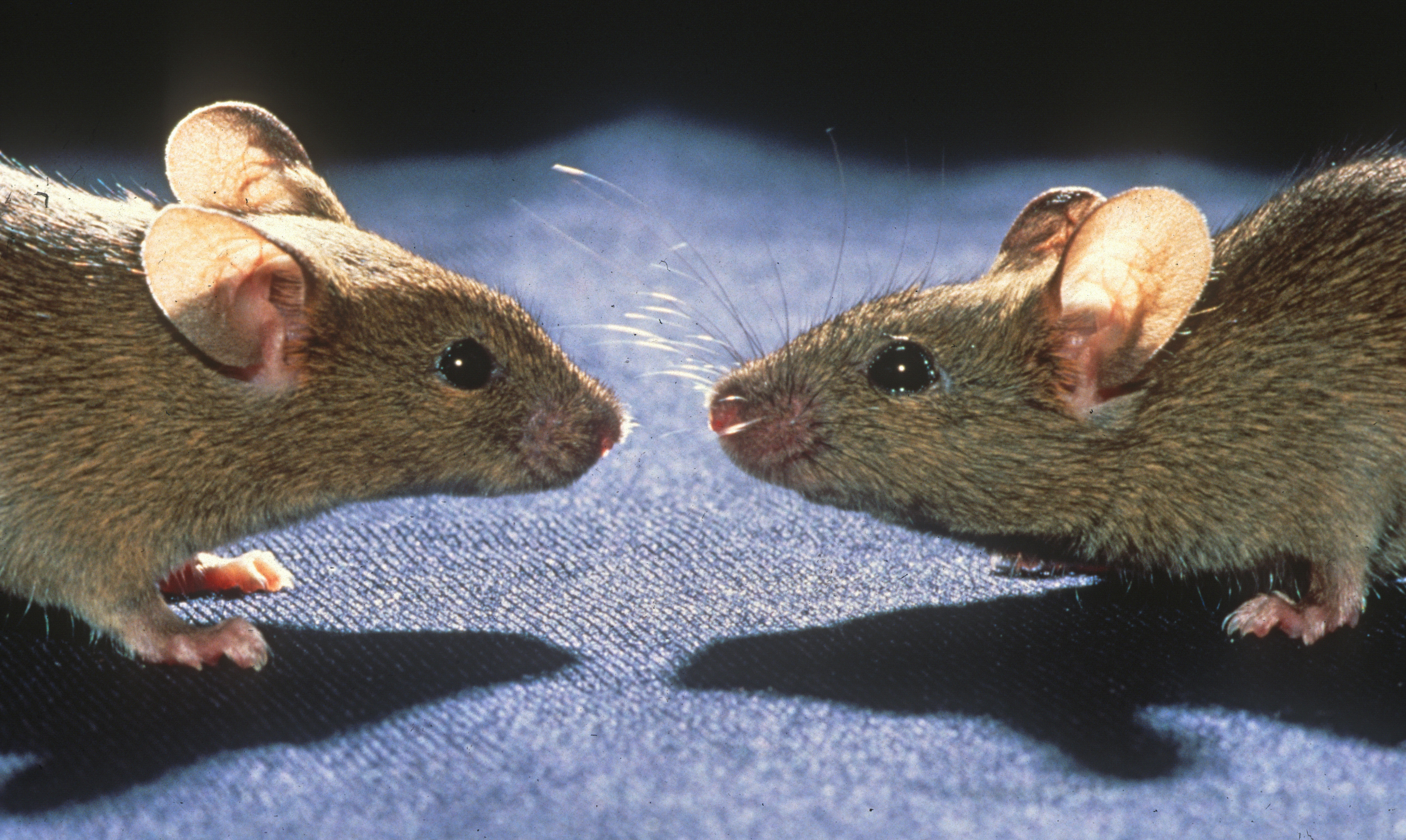 In recent years, University of Utah biologists showed that when wild-type mice compete in seminatural “mouse barns” for food, territory and mates, they can suffer health problems not revealed by conventional toxicity tests on caged lab mice.

This test previously found mouse reproduction and survival were harmed by inbreeding, certain medicines and fructose comparable with human doses. Now, in a new study, the sensitive toxicity test detected impaired reproduction in mice caused by genetic mutations that had seemed harmless when studied by developmental techniques.

When University of Utah geneticists swapped two mouse development genes in a 2006 study, the mice suffered no apparent harm. But the new study used the sensitive mouse barn test and found mice with the swapped gene held fewer territories than control mice, and produced fewer offspring that carried the swapped gene.

Thus, the new research shows that genes once thought to be redundant actually play distinct roles. And the mouse barn test provides scientists a tool to find out what a change in a gene does to change how an organism functions, says biology professor Wayne Potts, senior author of the study scheduled for online publication Oct. 7 in the journal Genetics.

“Many genetic disruptions that are reported as benign to organisms likely have profound and important consequences that could be discovered with this new approach,” he says. “It’s the first example of the mouse barn finding substantial fitness consequences from a genetic manipulation that were completely missed by many modern techniques.”

Biology postdoctoral fellow James Ruff, the study’s first author, says: “Much of biology for several decades has focused on reducing life to its component molecular parts to better understand the whole. We have done the opposite. We assessed the performance of the whole organism in a natural environment to illustrate the function of a gene.”

Potts notes that about 10 to 15 percent of the time, organisms show normal “phenotypes” – normal physical appearance and function – even when certain genes are crippled or “knocked out” to change the organisms “genotype.” 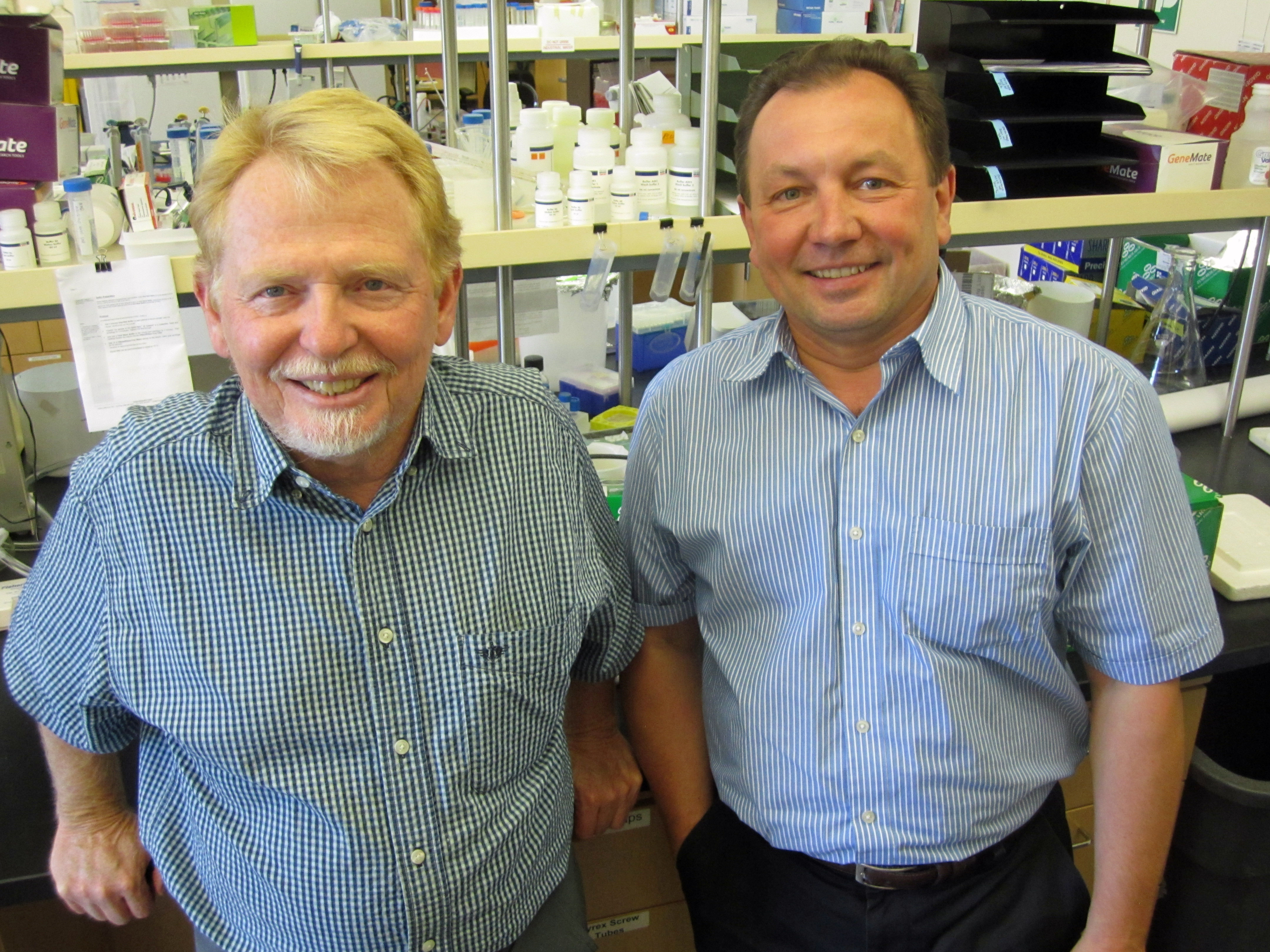 “The standard explanation is functional redundancy, which argues that other genes act as a backup system for the function of the disrupted gene,” he says. “A competing hypothesis [supported by the new study] is that these genes do have important functions not needed under laboratory settings, but that may be of key importance in natural environments in which the species of interest evolved.”

Scientists cannot ethically manipulate human genomes, so they use mice as models or stand-ins, since 99 percent of human genes have mouse counterparts.

“It is important to keep developing genetic tools and models to better understand the outcomes of the function of the genes on the fitness of the organisms,” says study co-author Petr Tvrdik, a research associate in human genetics.

The new research built on a 2006 study by Tvrdik and University of Utah geneticist Mario Capecchi, who won a Nobel Prize in Physiology or Medicine in 2007.

Both the 2006 study and the new one dealt with Hox genes, which are like orchestra conductors because they direct the actions of other genes during development of animal embryos. Each of the 13 Hox genes found in early animals evolved into four genes roughly a half-billion years ago, then some of those 52 genes vanished because they were redundant or unneeded, leaving 39 Hox genes to control the body plan in vertebrate animals, including humans and mice.

As part of their 2006, study, Tvrdik and Capecchi swapped the coding or protein-making regions of Hoxa1 and Hoxb1 mouse genes – which are involved in brainstem development – and found the resulting mice were normal. That was a surprise, because without Hoxa1, mice die after birth because a malformed brain stem impairs breathing. Without Hoxb1, a nerve is missing and mice have facial paralysis. Similar rare defects occur in people with missing Hoxa1 or Hoxb1.

In the new study, the researchers bred and used wild-type house mice in large, room-sized enclosures called mouse barns, which allow the animals to compete for space, food and mates much more normally than inbred lab mice, which often fight in small cages. The test’s formal name is the Organismal Performance Assay.

Each of six mouse barns was divided by wire mesh into six territories, each with either an open or protected nest box. Implanted radio chips and antennas at feeders kept track of where mice fed and thus the territories they occupied.

Eight to 10 male mice and 18 to 20 females were put in each mouse barn, for a total of 176 mice: 58 male and 118 female. Half the mice in each barn had two copies of the normal Hoxb1 gene and half had two copies of the swapped gene with Hoxa1. The mice lived in the barns for 25 weeks, and produced 1,145 pups. 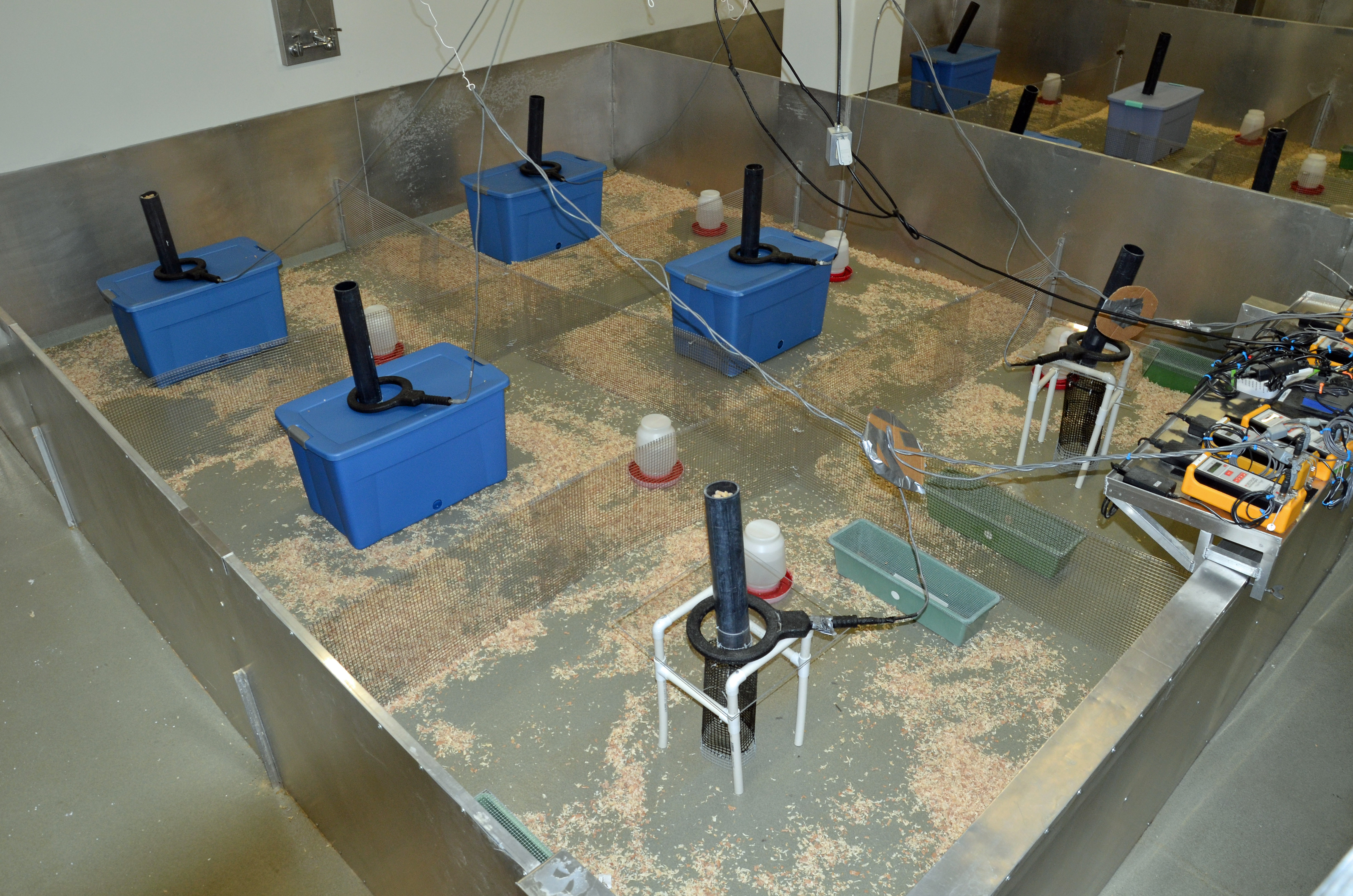 View of a University of Utah “mouse barn” used in a sensitive toxicity test that makes wild-type mice compete in seminatural conditions.

“It is the equivalent of some offspring from Hox-swap animals dropping dead,” Potts says. “Territories are critical for the reproductive success of males, as shown by the even larger decrease in how often the Hox-swapped gene showed up in offspring.”

The Hoxb1 and Hoxa1 genes were thought previously to function redundantly without harming mice. “This new study shows they function differently,” Tvrdik says.

Potts says that with roughly 15 percent of knocked-out genes resulting in animals that appeared normal, scientists adopted the idea that many genes are functionally redundant and can back up disabled genes. “With results from this study and various other studies, that conventional wisdom is falling by the wayside,” he adds.

The mouse barn test is able to detect defects that modern developmental tests miss because “we take the whole organism and test it under rigorous conditions that require high performance from most of the physiological systems of the body,” Potts says.

“Mice are like cars in a way,” Ruff says. “You can test all of the important parts and systems, but to really understand performance, you have to get on the road.”

Two of the mice used in a sensitive new toxicity test developed at the University of Utah. A new study shows the test can detect cryptic genetic defects.