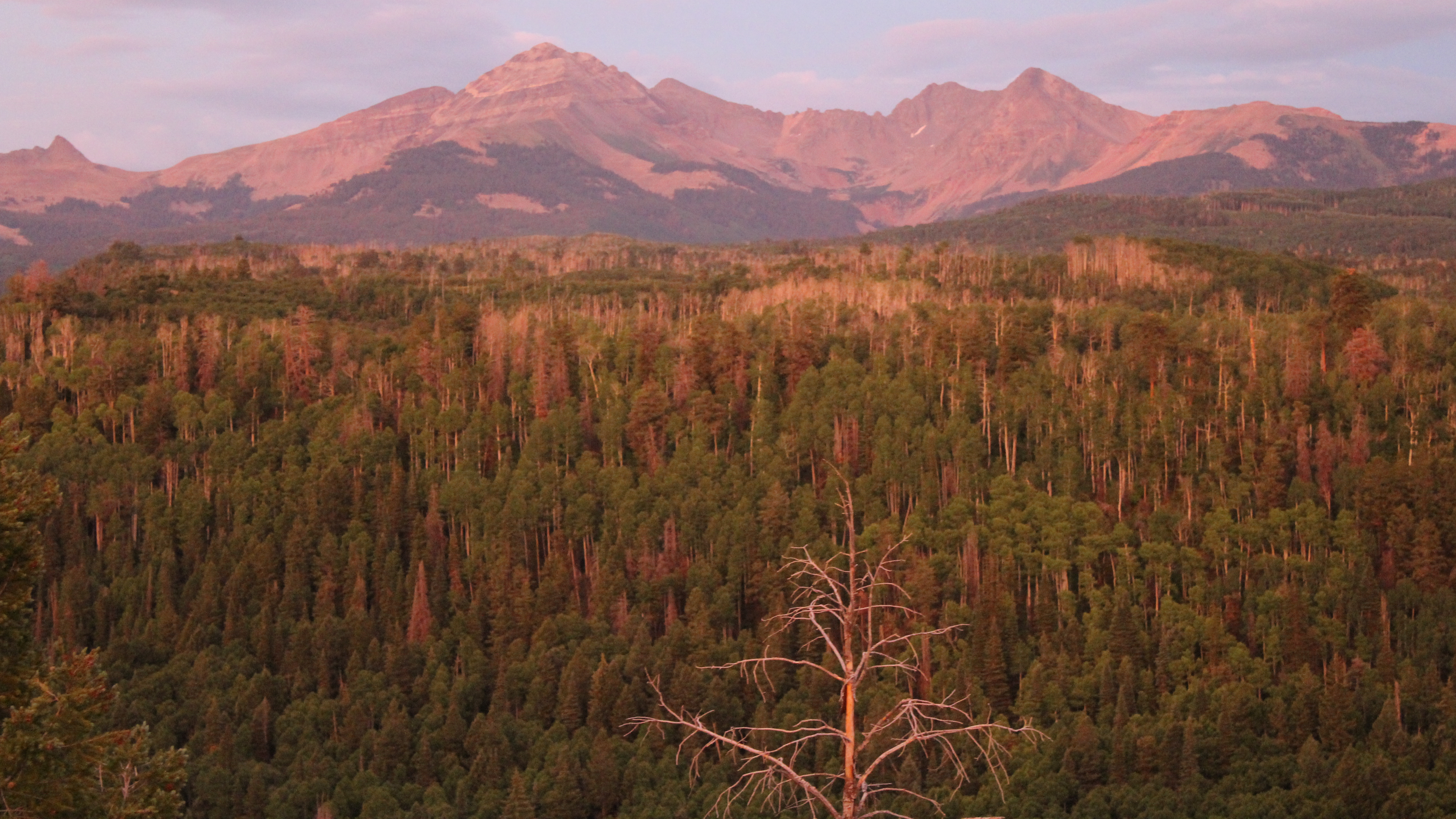 In the virtual worlds of climate modeling, forests and other vegetation are assumed to bounce back quickly from extreme drought. But that assumption is far off the mark, according to a new study of drought impacts at forest sites worldwide. Living trees took an average of two to four years to recover and resume normal growth rates after droughts ended, researchers report today in the journal Science.

“This really matters because in the future droughts are expected to increase in frequency and severity due to climate change,” says lead author William R.L. Anderegg, an assistant professor of biology at the University of Utah. “Some forests could be in a race to recover before the next drought strikes.”

Forest trees play a big role in buffering the impact of human-induced climate change by removing massive amounts of carbon dioxide emissions from the atmosphere and incorporating the carbon into woody tissues. The finding that drought stress sets back tree growth for years suggests that Earth’s forests are capable of storing less carbon than climate models have calculated. 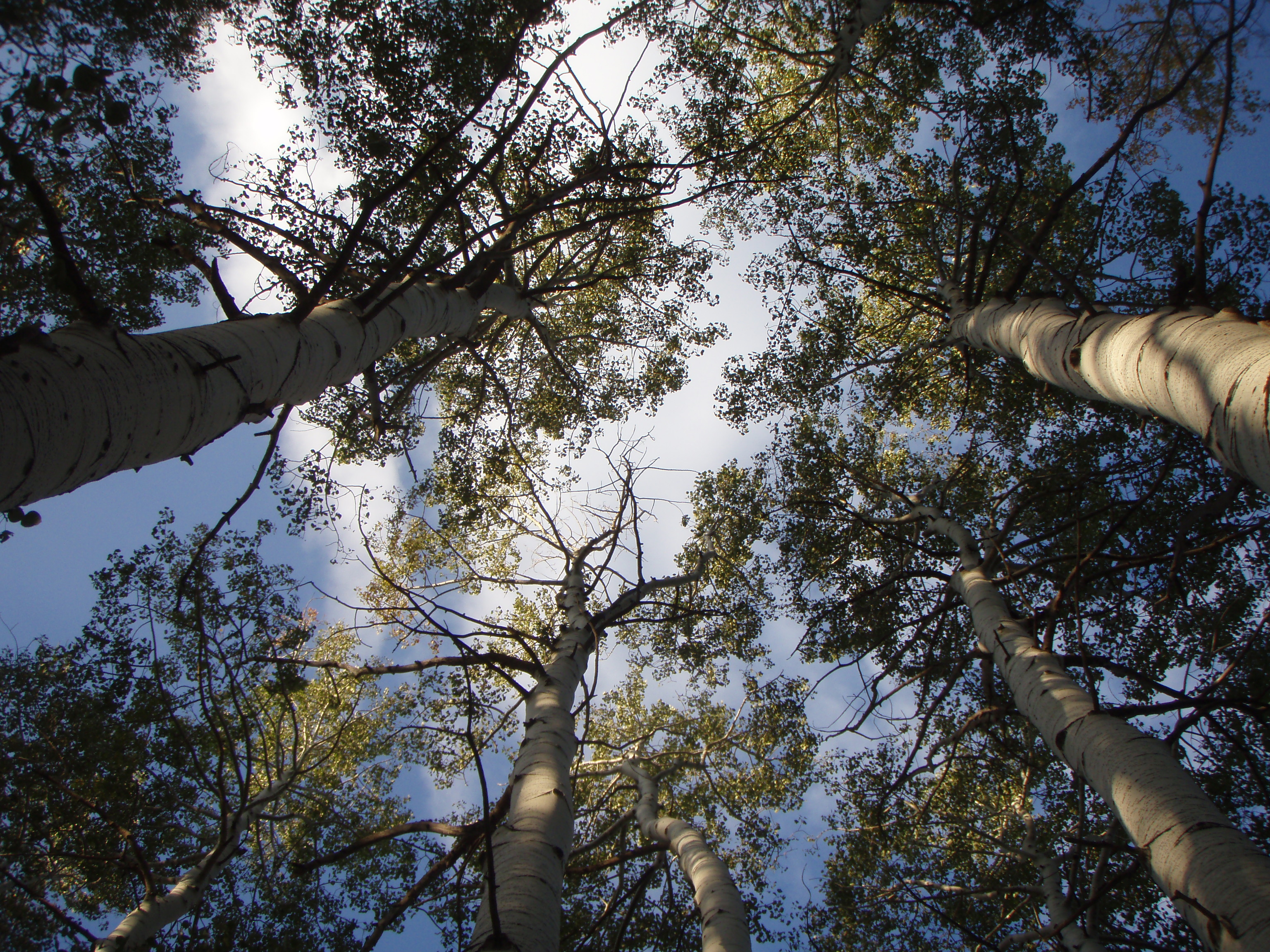 Stressed trees in a forest in the U.S. southwest.

The rate of recovery from drought is largely unknown for the vast majority of tree species. Anderegg and colleagues carefully measured the recovery of tree stem growth after severe droughts since 1948 at more than 1,300 forest sites around the earth using records from the International Tree Ring Data Bank. Tree rings provide a convenient history of wood growth and track carbon uptake of the ecosystem in which the tree grew.

The researchers found that a few forests showed positive effects, that is, observed growth was higher than predicted after drought, most prominently in parts of California and the Mediterranean region. But in the majority of the world’s forests, trees struggled for years after experiencing drought.

On average, trunk growth took 2 to 4 years to return to normal. Growth was about 9 percent slower than expected during the first year of recovery, and remained 5 percent slower in the second year. Long-lasting effects of drought were most prevalent in dry ecosystems, and among pines and tree species with low hydraulic safety margins. “These are the species that take risks – they tend to keep using water at a high rate even as drought progresses,” Anderegg says.

How drought causes such long-lasting harm remains unknown, but the researchers offered three possible answers: Loss of foliage and carbohydrate reserves during drought may impair growth in subsequent years. Pests and diseases may accumulate in drought-stressed trees. Lasting damage to vascular tissues could impair water transport.

While it remains difficult to predict changes in precipitation, the impact of higher temperatures is certain. “Drought, especially the type that matters to forests, is about the balance between precipitation and evaporation. And evaporation is very strongly linked to temperature,” Anderegg says. “The fact that temperatures are going up suggests quite strongly that the western regions of the U.S. are going to have more frequent and more severe droughts, substantially reducing forests’ ability to pull carbon from the atmosphere.”

The drought that hit the Southwest during 2000-2003 makes the point clear. The deficit in precipitation was comparable to earlier droughts, but the temperature was 3 to 6 degrees F hotter than the long-term average. “It really seemed to make the drought lethal to vegetation where previous droughts with the same rainfall deficit weren’t,” Anderegg says.

The impact of delayed recovery from drought on carbon storage is not trivial. Over a century, carbon storage capacity in semi-arid ecosystems alone would drop by about 1.6 metric gigatons – an amount greater than the total energy-related carbon emissions produced by the U.S. in a year.

“In most of our current models of ecosystems and climate, drought effects on forests switch on and off like a light. When drought conditions go away, the models assume a forest’s recovery is complete and close to immediate,” Anderegg says. “That’s not how the real world works.”