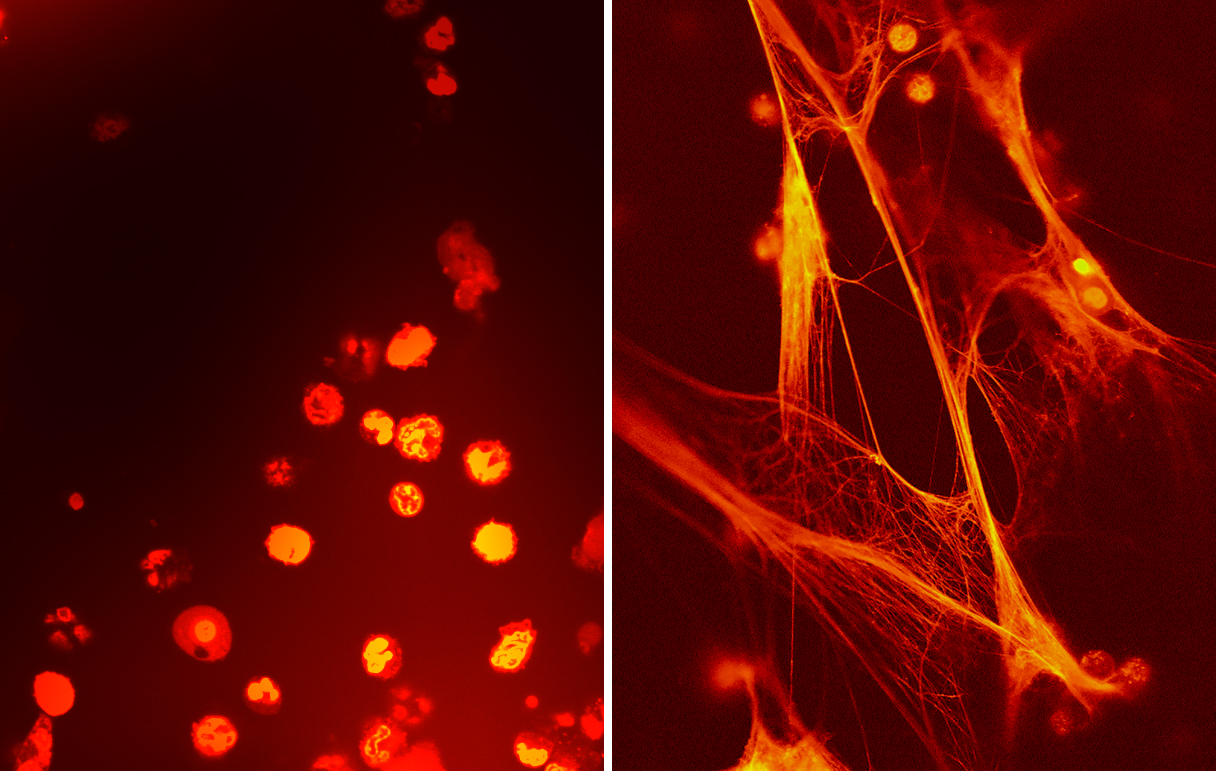 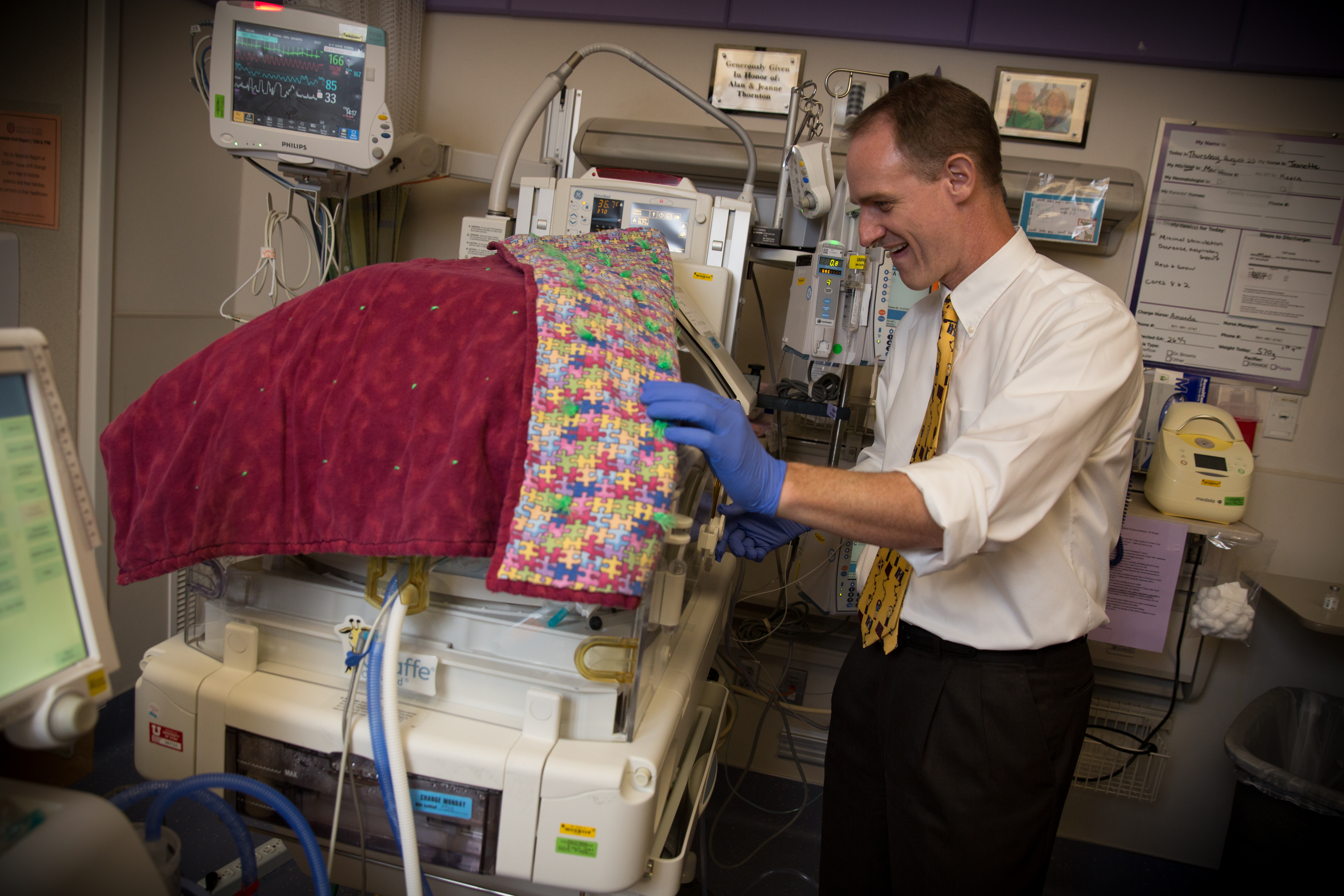 Christian Con Yost, M.D., associate professor of pediatrics at the University of Utah School of Medicine in the neonatal intensive care unit (NICU).

A factor found in umbilical cord blood could become the basis for developing a new therapy to fight harmful inflammation, University of Utah School of Medicine researchers report.  When given to mice, the newly discovered factor countered signs of inflammation and sepsis, such as fever, fluctuations in respiratory rate, and death. The factor circulates in the blood of newborns for about two weeks after birth and is not found in older babies or adults, according to the study published online Sept. 6, 2016, in The Journal of Clinical Investigation.

“We found something we weren’t expecting, and it has taken us to new strategies for therapy that didn’t exist before,” says Guy Zimmerman, M.D., professor of internal medicine and senior author who carried out the investigation in collaboration with lead author and associate professor of pediatrics, Christian Con Yost, M.D., and their colleagues at the University of Utah School of Medicine.

Anyone who has twisted an ankle or been stung by a bee is familiar with inflammation and its telltale redness, pain, and swelling, all positive signs that the body is mounting defenses against the insult. But under certain circumstances, inflammation can turn against us, causing damage to healthy tissue. An out-of-control inflammatory response is thought to be behind a diverse spectrum of conditions from rheumatoid arthritis to sepsis, an overreaction to infection and common cause of in-hospital deaths.

Yost and colleagues isolated a cord blood factor, called neonatal NET inhibitory factor (nNIF), based on its ability to inhibit production of a specific component of the inflammatory response, called NETs (neutrophil extracellular traps). While NETs are thought to ordinarily help the body ward off infectious bacteria and viruses, they can also damage blood vessels and organs during sepsis.

As physicians who have treated critically ill patients with the condition, Zimmerman and Yost immediately saw the therapeutic potential of nNIF. “We knew we were onto something that could be very meaningful,” recalls Yost. 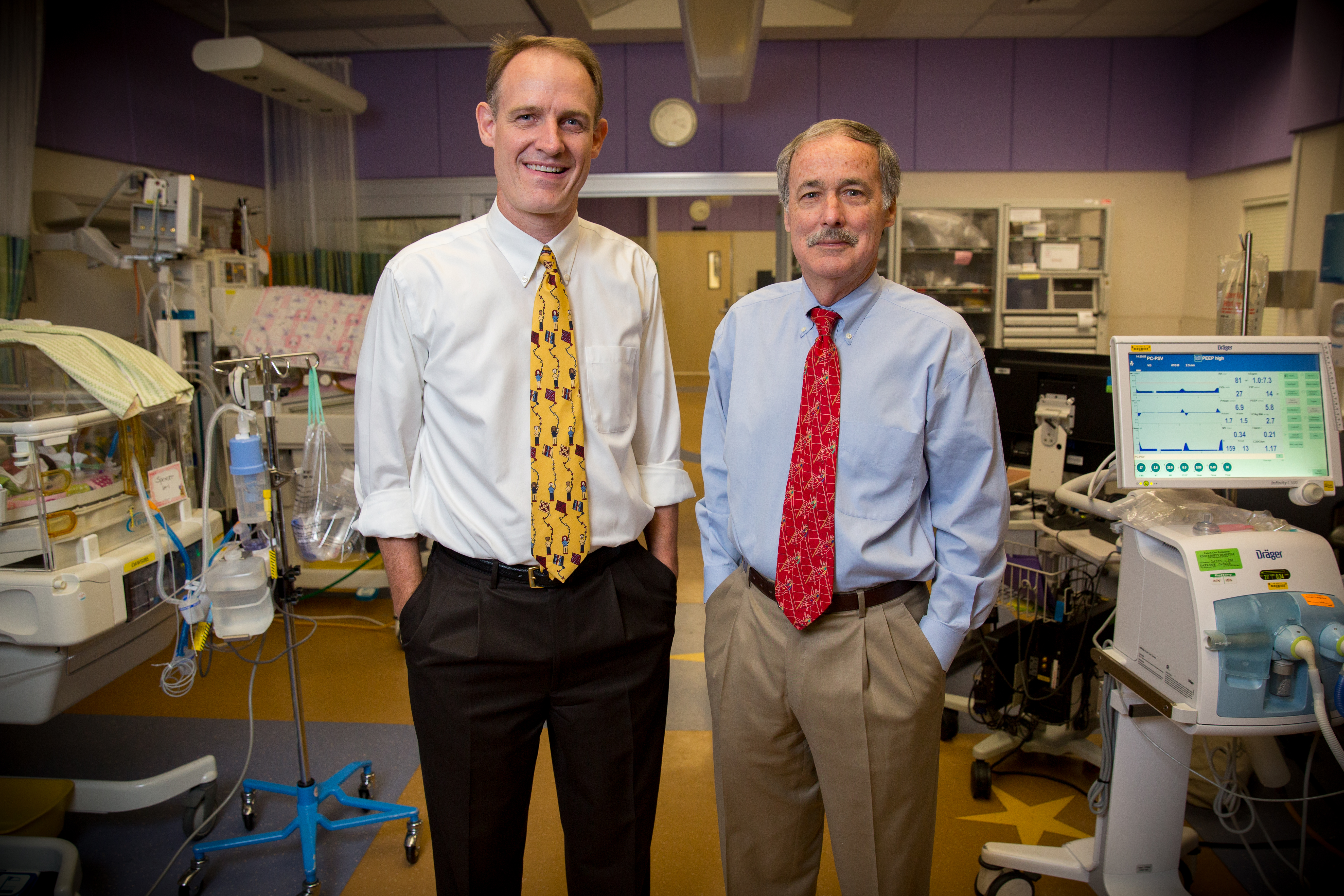 Christian Con Yost, M.D., associate professor of pediatrics and Guy Zimmerman, M.D., professor of internal medicine both at the University of Utah School of Medicine.

To test whether the cord blood factor could control sepsis, the scientists treated groups of mice in which the condition had been induced in different ways. Without treatment, only 20 percent survived longer than two to four days. Mice treated with nNIF had triple the chance for survival, with 60 percent remaining after the same amount of time.

“Sepsis is a case where the body’s reaction to infection is lethal,” says Yost. “nNIF is offering insights into how to keep the inflammatory response within prescribed limits.” He adds that they will carry out additional studies to test the therapeutic properties of nNIF.

One of the most intriguing observations is that the factor is present for just a brief window of time at the beginning of life. nNIF circulates in cord blood, persists in the baby’s own bloodstream for up to two weeks after birth, and then disappears. Yost’s team found that the placenta also harbors a similar, but less potent, anti-inflammatory agent. The transient nature of these factors could indicate that inflammation must be under tight control during this time.

Keep in mind that normally, inflammation is a way to stave off infectious microbes in healthy individuals. Considering that young babies are so fragile, it seems counterintuitive that nature would make a factor that could lower their defenses.

Yost, a NICU doctor, speculates that doing so could potentially keep a baby from mounting an inflammatory attack against its mother, who could be perceived as a foreign invader. It could also allow a baby to tolerate the wealth of bacteria it encounters at birth, an event proving to be important for subsequent development.

“The beginning of life is a delicate balance,” says Yost. “Our work is showing that it is important to have the right defenses, but they have to be controlled.”

Anti-inflammatory Agent Isolated From Umbilical Cord Blood
Infection fighting cells from umbilical cord blood (left) and circulating blood three days after birth (right) from the same prematurely born baby. Umbilical cord blood has high levels of a factor, called neonatal NET inhibitory factor (nNIF), which inhibits a specific inflammatory response called NETs. Within two weeks after birth, nNIF levels drop and NETs can form. True to their name, they consist of a net-like substance that traps infectious agents like bacteria, as seen on the right. nNIF is showing promise as a potential therapy against harmful inflammation and sepsis.