It is a common understanding in scientific research that the male species, in general, are frailer and experience higher rates of mortality across their lifespans than females. Now, there is evidence that among humans the frail male also extends in utero.

Ryan Schacht, assistant professor of anthropology at East Carolina University, in new research being published by Nature Scientific Reports, has identified that fewer male babies are born in the United States during periods of environmental and ecological stress. This pattern is referred to as male-biased fetal attrition or male-biased fetal loss.

“One way you look at this is sex ratios at birth; ratio of males to females. If the sex ratio is high, that means more boys than girls are being born, and if it’s low, then you see more girls than boys,” Schacht said. 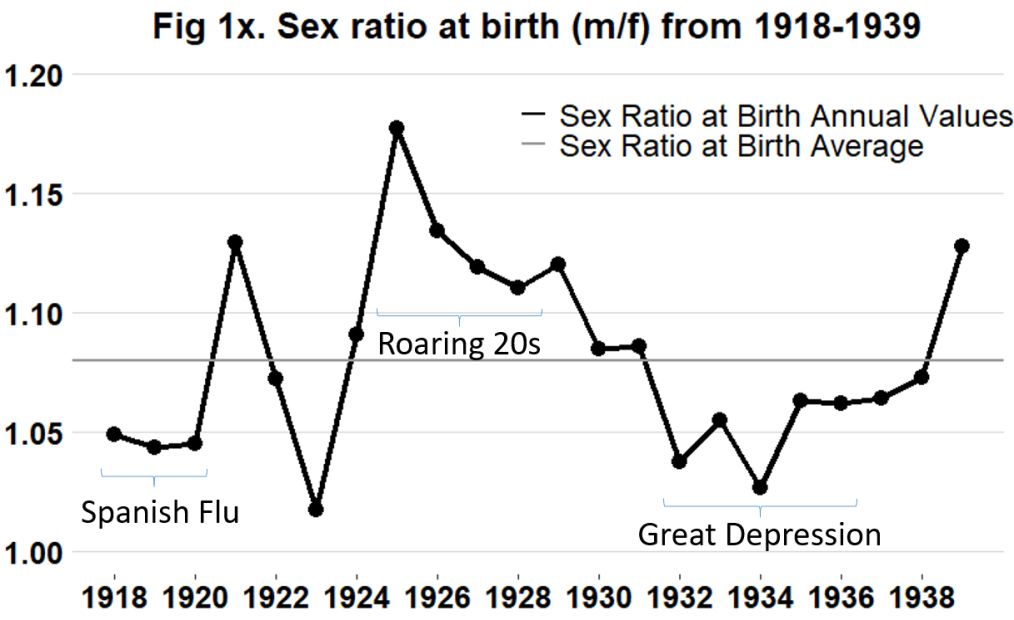 Percentage of male births from 1918-1939 presented as a line graph with eras labeled: Spanish Flu, Roaring ’20s and Great Depression.

“We as humans produce more boys than girls,” Schacht said. “Some people make an argument that this is an evolutionary way to calibrate and account for higher male mortality – you have to produce more of these frailer things because you are going to lose more of them.”

Schacht and his colleagues, Douglas Tharp and Ken R. Smith from the University of Utah, analyzed more than 100,000 births over a 21-year period gathered through the Utah Population Database, a database of genealogical records, family history and U.S. Census data that spans more than two centuries and 9 million people.

“Quite clearly what we find is that during bad times, we see many fewer boys being born than during the good times,” Schacht said. “During the Roaring ’20s, this is where we are seeing big spikes – 117 boys born for every 100 girls.”

According to Schacht, the era of the Spanish Flu was one of “extreme general stress coupled with a world-wide hysteria that was experienced by all members of the population relatively equally.”

“In Utah, nearly 20% of the population was afflicted by the flu, and of those, approximately 5% died,” he said. “Accordingly, mothers were unable to buffer sons from elevated fetal mortality.”

During the Great Depression, there was a time of prolonged nutritional and economic stress. Results show that during both of these eras approximately 102 boys were born for every 100 girls.

However, mortality rates went down in the ’20s, in part, due to better sanitation, healthcare and infrastructure development as well as a better economic period overall for most Americans.

According to the research, reduced access to health care, economic hardship and poorer quality environments all may contribute to the higher numbers of male-biased fetal attrition.

To read the manuscript, “Sex ratios at birth vary with environmental harshness but not maternal condition,” visit https://www.nature.com/articles/s41598-019-45316-7. 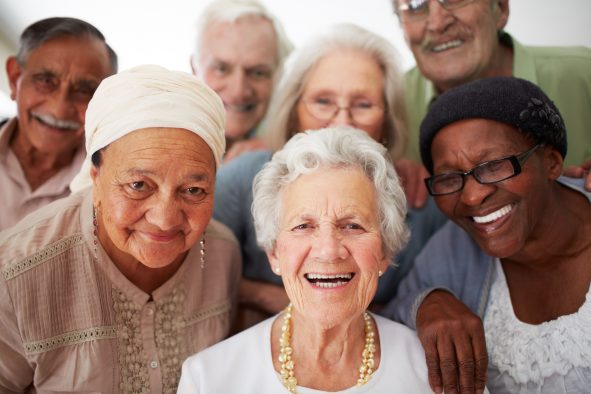