Smoke from a summer wildfire is more than just an eye-stinging plume of nuisance. It’s a poison to the lungs and hearts of the people who breathe it in and a dense blanket that hampers firefighting operations.

There’s an atmospheric feedback loop, says University of Utah atmospheric scientist Adam Kochanski, that can lock smoke in valleys in much the same way that temperature inversions lock the smog and gunk in the Salt Lake Valley each winter. But understanding this loop, Kochanski says, can help scientists predict how smoke will impact air quality in valleys, hopefully helping both residents and firefighters alike.

Kochanski and colleagues’ study appears in the Journal of Geophysical Research-Atmospheres. The work was funded by grants from the U.S. Department of Agriculture and from NASA.

Watch a video of a smoke simulation here. 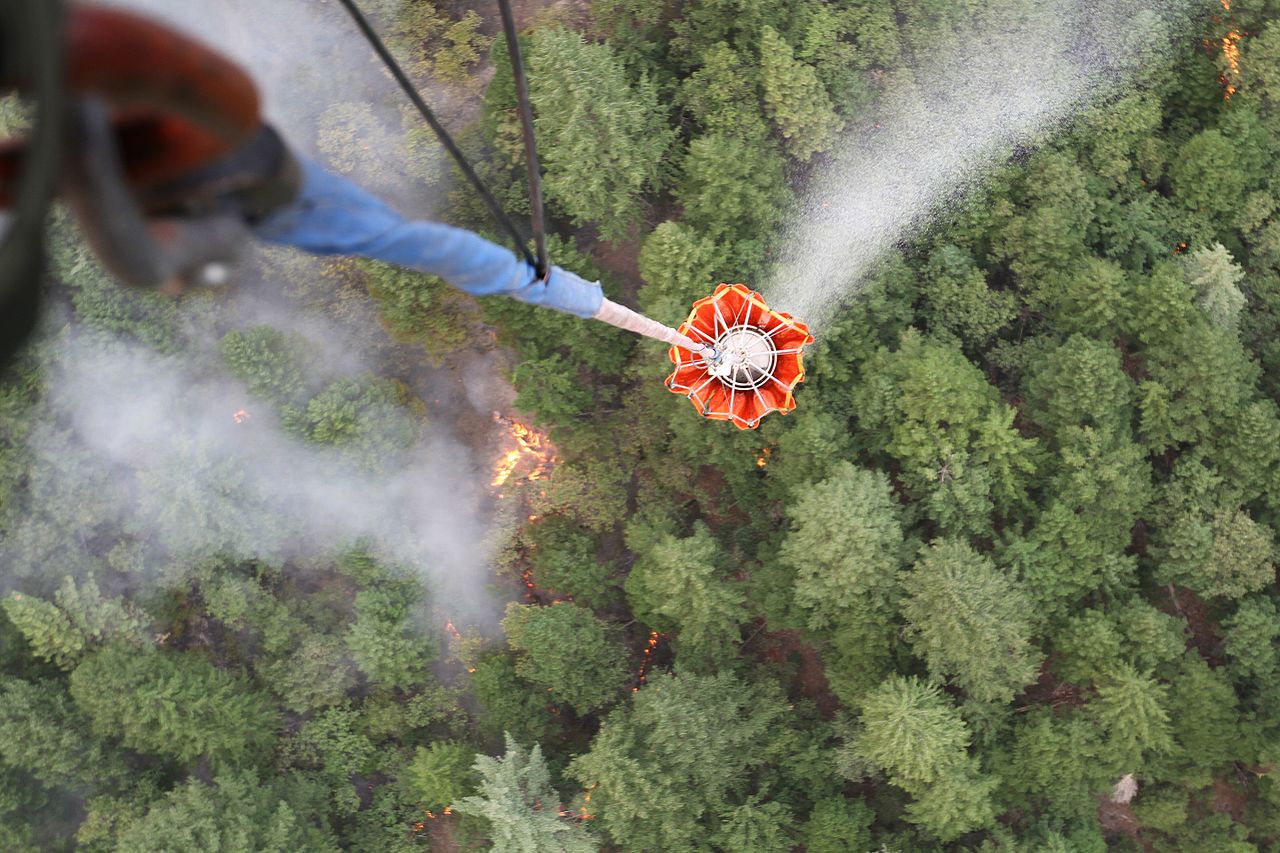 In 2015, firefighters battling wildfires in northern California noticed that smoke accumulating in valleys wasn’t going away. The smoke got so bad that air support had to cancel flights, slowing down the firefighting effort. “That raised the question,” Kochanski says, “Why is that? Why all of a sudden, is the smoke so persistent and what keeps this very thick layer of smoke in those valleys for such a long period of time?”

Kochanski and his colleagues, including researchers from the Desert Research Institute, University of Colorado, Boulder and Harvard & Smithsonian Center for Astrophysics set out to answer those questions. Their first clue came from measurements of temperature both below and above the smoke layer. The air, they found, was warmer above the smoke than below.

Residents of the Salt Lake Valley and other bowl-shaped valleys will recognize the pattern of warmer air above colder valley air as an inversion—a reversal of the normal cooling of air with altitude. The atmospheric chemistry of Salt Lake’s wintertime inversions is a little different than that of a fire inversion, but the physics are the same: Warm air rises, cold air sinks and the inversion puts a warm lid over a valley, trapping all the valley air below.

The main difference is that in case of the smoke inversions the smoke layer makes the inversion even stronger.

Kochanski and his colleagues modeled the dynamics of air and smoke in valley terrain and found a feedback loop that reinforces the atmospheric inversion conditions.

“A key to this situation is the moment when the smoke appears in the atmosphere and it just does enough to block incoming solar radiation,” Kochanski says. With the sun’s energy blocked, the air at the ground begins to cool. “The near-surface cooling limits the mixing, enhances local inversions and leads to even higher smoke concentrations, that in turn block more solar radiation and make smoke even more persistent.”

The cooling also weakens winds in the smoke-filled valley and stabilizes the atmosphere, impeding wind from breaking through and clearing out the stagnant air.

Kochanski says there are three ways out of a fire inversion. One is the settling of smoke once the fire is extinguished, allowing more light and heat to reach the ground. Another is a sufficiently large wind that can push through and mix the layers of air. A third is precipitation, as falling rain can scrub the air clean of aerosols.

“If it’s business as usual and day by day you have nice sunny weather without any wind or precipitation events, well, this positive feedback loop leads to more smoke in the valleys than could be expected just based on the fire behavior alone,” Kochanski says.

A new kind of forecast

Understanding the conditions that create the feedback loop help researchers predict how and when it might form or dissipate. Fire inversions will still remain a problem for firefighters, but Kochanski says that now researchers will be able to put together more accurate smoke forecasts.

“We can better tell where, how dense and how persistent the smoke is going to be,” he says. “That’s something that wasn’t available before.” Weather models will also be able to forecast air quality effects from smoke in ways they couldn’t before, he adds.

The results of this study are already being integrated into the National Predictive Services Program. “When I’m talking about applications,” Kochanski says. “It’s not 10 years from now. It’s something that we will start working on within the next couple of months.”