Got Nosebleeds? Saline Could Work As Well As Drugs For Preventing Them 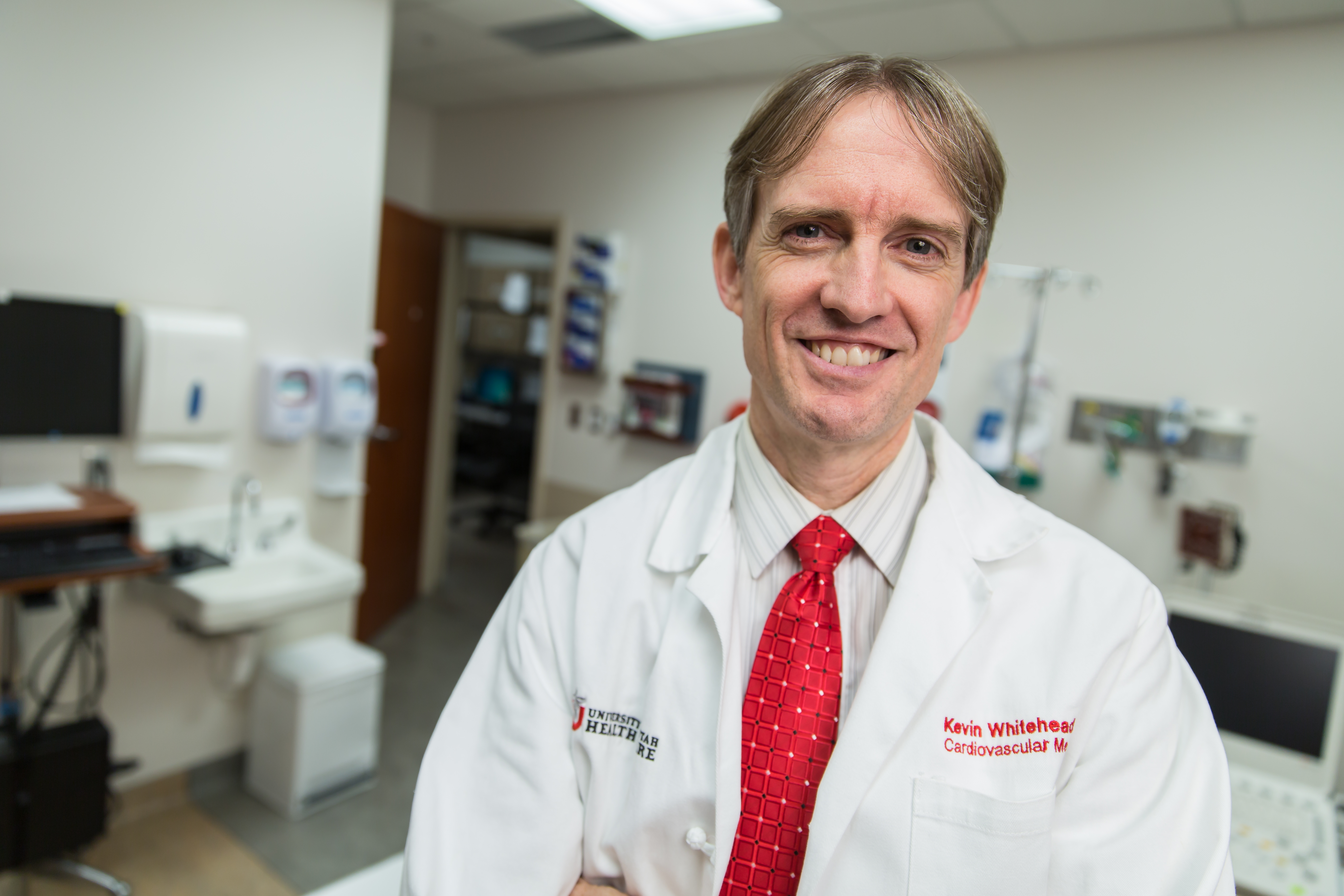 Kevin Whitehead, M.D., F.A.H.A., associate professor of internal medicine at the University of Utah School of Medicine and director of the Utah HHT Clinical Center

“This research highlights that there could be a benefit even in the simplest of interventions,” says corresponding author Kevin Whitehead, M.D., F.A.H.A., associate professor of internal medicine at the University of Utah School of Medicine and director of the Utah HHT Clinical Center. “No drug proved to be any better than the saline placebo, but the majority of patients improved over the course of treatment – even those using saline.”

While nosebleeds are an occasional nuisance for most of us, they are an unpleasant fact of life for those with hemorrhagic telangiectasia (HHT). One bloody nose per week is not uncommon, and some with the condition have more than two a day. Doctors have tried prescribing drugs off-label to treat what can be a debilitating problem, but with mixed results. The NOSE (North American Study of Epistaxis in HHT) phase 2 clinical trial was designed to determine how three of these medications – bevacizumab, estriol, and tranexamic acid – stacked up against one another.

121 study participants were randomly assigned one of the drugs, or a saline placebo, to spray into their nose twice a day during a 12-week treatment period. Each day they logged how many bloody noses they had, how long they lasted, and checked the boxes next to descriptions that matched their symptoms, such as whether their nosebleeds were “typically gushing or pouring”. Both at the beginning and end of the treatment period, participants received a composite score between 0-10 based on their answers (10 being the most severe), a routine method for assessing severity.

The majority of participants’ severity scores dropped, and by nearly identical amounts, from between 5-6 to between 3-4. A significant improvement, says Whitehead. Participants reported a positive change regardless of which drug they used, or whether they misted their nose with placebo.

“The results suggest that medicines that people all over the world have used appear to have no benefit over plain saline,” says Gossage.

The idea that simple hydration from any nasal spray, even saline, could prevent nosebleeds certainly makes sense, says Whitehead. People are at higher risk for nosebleeds when their nose dries out, for instance when they’re in an arid climate for extended periods of time. Further, the most dreaded but proven remedy – surgically sealing shut the nose – effectively keeps the nasal cavity permanently moist.

Yet the investigators cannot completely rule out the possibility that symptoms may have improved because of a placebo effect: that participants reported better outcomes because they expected to see an improvement. What’s more, it could be that some of the drugs would work better if taken at a higher dose, or if applied as a gel or polymer that adheres better to the inside of the nasal cavity.

Nevertheless, the results from this clinical trial were enough to convince Whitehead, Gossage, and their colleagues, to routinely recommend saline nasal spray to their patients with HHT. “We stress the importance of hydration,” says Whitehead. “We tell them that something as simple as a morning and night saline spray could offer them some benefit.”

Nosebleeds caused by HHT are not fundamentally different from common nosebleeds, but scientists have yet to test whether saline could work just as well for anyone.

“There are no data for extrapolating these results to patients with nosebleeds who don’t have HHT,” says Gossage. “But certainly it’s an easy thing to try.”

The work was supported by Cure HHT and was published as “Effect of Topical Intranasal Therapy on Epistaxis Frequency in Patients with Hereditary Hemorrhagic Telangiectasia: A Randomized Clinical Trial” in JAMA on Sept. 6, 2016