Mystery of the missing mercury at the Great Salt Lake

The disappearance of the mercury was not due to aggressive environmental policies or a wide-ranging cleanup effort. Instead, it’s part of a story involving a large-scale unplanned chemistry experiment, a sometimes-stinky lake, and ducks – in which the mercury did not disappear. The story is told in a paper published in Environmental Science & Technology. 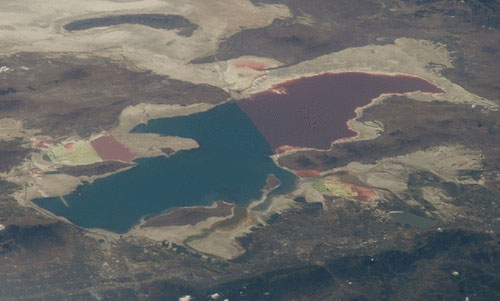 A Union Pacific railway line crosses the lake, dividing it into a smaller north arm and a larger south arm, with the line drawn right at the base of the bunny-ear-like northern extensions of the lake. Because the north arm has no major river inflow, it’s much saltier than the south arm. Two culverts in the railroad line allowed briny north arm water to flow into the south arm and, because of its higher density, sink to the bottom of the south arm.

The difference in density between the deep and shallow waters prevented mixing, says geology and geophysics professor William Johnson, and kept fresh oxygen from infiltrating into the deeper water layers. Decaying organic matter on the lake floor sucked all the oxygen out of the briny layer, forcing microorganisms to find something else to “breathe.” Without oxygen, some bacteria turn to nitrate to fuel the chemical processes of life. When the nitrate is gone, they turn to iron, manganese and finally sulfate. Residents of the Salt Lake Valley may have noticed a byproduct of the sulfate-breathing bacteria – sulfide, a stinky rotten egg smell emanating from the lake. In another side effect, the bacteria turn elemental mercury into toxic methylmercury.

“Mercury’s really tricky,” Johnson says. “It changes form.” Elemental mercury, like the kind found in old thermometers, evaporates readily and circulates through the atmosphere. It can attach to dust particles and rain out of the sky, in a process called atmospheric deposition. With the Great Salt Lake’s large surface area, it receives a lot of mercury. The toxic form of the element is methylmercury, which is toxic to the nervous system and can move up the food chain as higher organisms accumulate the methylmercury present in their prey.

When wildlife officials began noticing elevated mercury levels in waterfowl in the lake’s wetlands, at around the same time geoscientists found highly elevated mercury in the depths of the lake, they all thought a connection between the ducks and the deep brine layer was likely.

“That created this expectation that there’s a link between these high concentrations of methylmercury down in the deep brine layer and the elevated concentrations in waterfowl in the wetlands adjacent to the lake,” Johnson says. 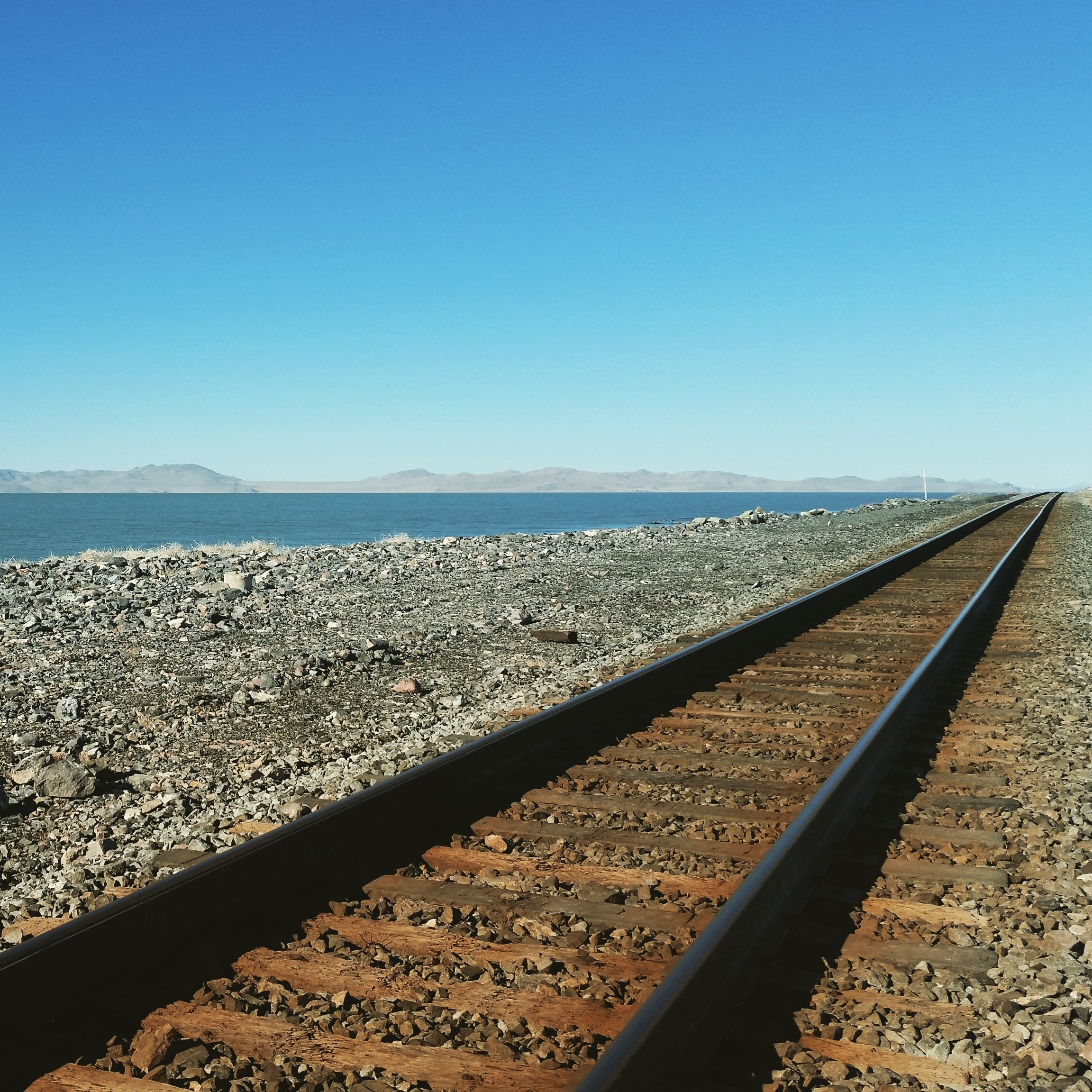 The Union Pacific causeway on the Great Salt Lake.

Then, in 2013, Union Pacific closed off the railway culverts for repair, sealing off the flow of salty water from the north arm to the south arm. When Johnson and his colleagues, Frank Black at Westminster College and Blair Stringham at the Utah Department of Natural Resources, took samples of the deep brine layer and lake-bottom sediments in 2015, they found that methylmercury, in both the water and the sediment, had decreased by 88 percent.

“It seems clear that the deep brine layer was a cap,” Johnson says. Without the constant inflow of north arm water, the deep brine layer finally mixed with the overlying water, bringing oxygen and driving the methylmercury into other forms, possibly elemental mercury, which would evaporate away into the atmosphere.

And the ducks? Waterfowl carcasses collected both before and after the culvert closure showed no significant change in mercury levels. “If there’s a direct connection between the environment at the bottom of the lake and the mercury in the ducks, you’d think you’d see a corresponding reduction of mercury in biota,” Johnson says. “We didn’t see that.”

The source of methylmercury in wetlands is still unknown, as is the exact mechanism by which the deep lake mercury disappeared. But Johnson, Black and now the US Geological Survey aren’t done with the lake yet. In December 2016, Union Pacific opened a new breach in the causeway, linking once again the north and south arms of the Great Salt Lake. The breach is wider than the old culverts, and researchers are now waiting to see whether the anoxic deep brine layer re-establishes itself, and whether another “methylmercury factory will lurk at the bottom of the lake” Johnson says.

The study was funded by the Utah Division of Forestry, Fire, and State Lands (FFSL) of the Utah Department of Natural Resources, Jordan River/Farmington Bay Water Quality Council, Central Davis Sewer District and the iUTAH project.