How the shape of Lake Ontario generates local, persistent snowstorms

A six-foot-wide snowblower mounted on a tractor makes a lot of sense when you live on the Tug Hill plateau. Tug Hill, in upstate New York, is one of the snowiest places in the eastern U.S. and experiences some of the most intense snowstorms in the world.  This largely rural region, just east of Lake Ontario, gets an average of 20 feet of snow a year.

The region’s massive snow totals are due to lake-effect snowstorms, bands of snow resulting from warm lake water fueling intense, long-lasting storms. Lake-effect snow is common in the Great Lakes region and in areas downwind of large bodies of water, including the Great Salt Lake.

Researchers, including the University of Utah’s Jim Steenburgh and University of Wyoming’s Bart Geerts, have now found that these intense snowstorms are fueled by a well-organized air circulation driven by the heat released by the lake, and that the shape of Lake Ontario affects the formation and location of this circulation, and thus the heaviest lake-effect snow. The results, published in three papers, show how the shorelines of lakes may help forecasters determine the impacts of lake-effect storms.

“Lake Ontario’s east-west orientation allows intense bands of snow to form,” says Ed Bensman, program director in the National Science Foundation (NSF)’s Division of Atmospheric and Geospace Sciences, which funded the research.  “This study found that the shape of the lake’s shoreline can have an important influence on the low-level winds that lead to bands of snow for hours at a time — and to heavy snow totals.  The research team analyzed the strength of these snow bands, and their formation and persistence. Snow bands were often active for several days.”

Lake-effect storms begin when a cold mass of air moves over relatively warm water.  Heating and moistening of the atmosphere destabilize the air mass. These unstable convective cells are amassed by cross-lake air circulation that starts with land breezes that move offshore at places where the coastline bulges out into the lake. The circulation drives a narrow snow band that persistently dumps its moisture as snow on a narrow strip of land downwind of the lake. 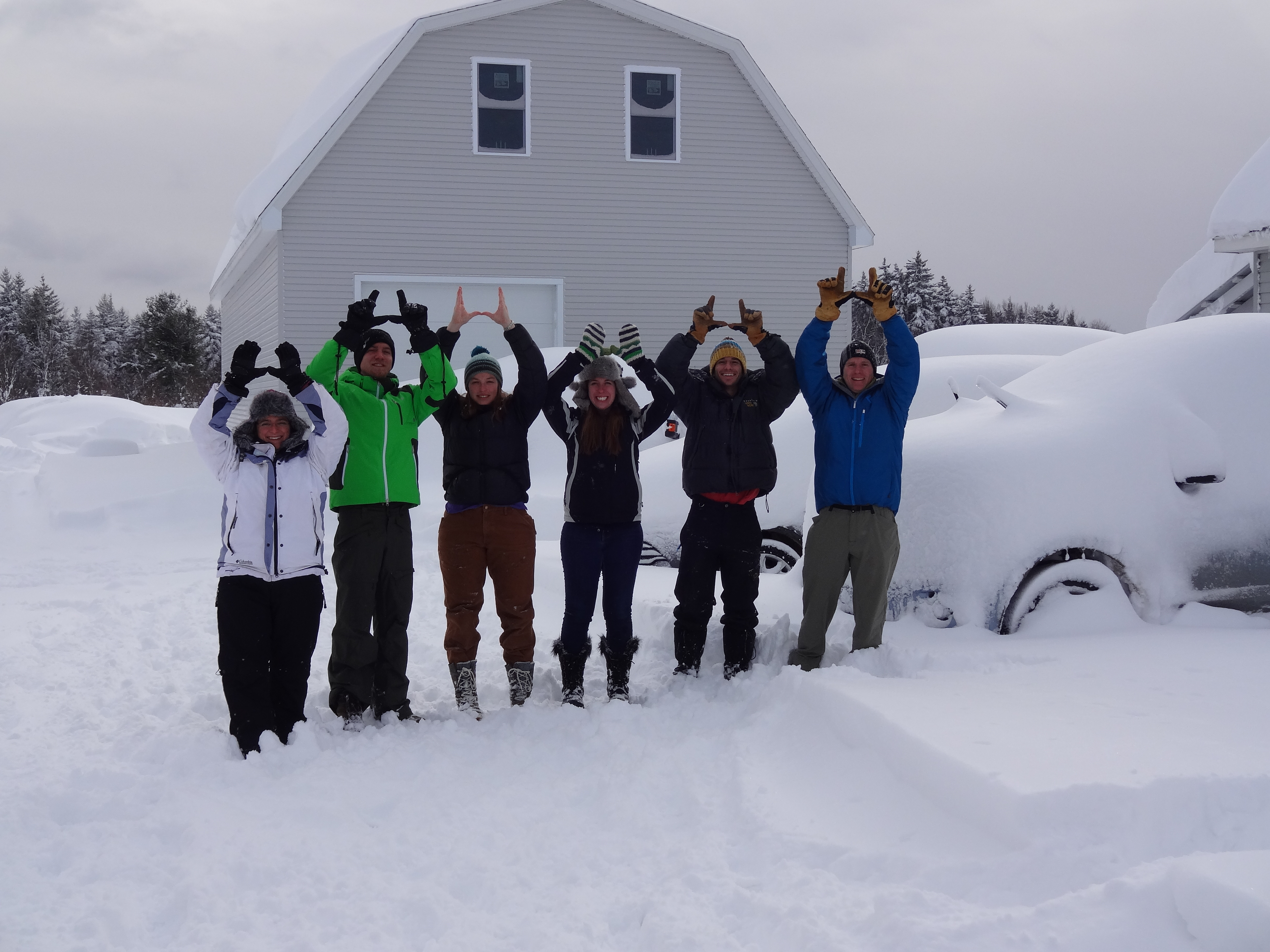 University of Utah students flash the U and celebrate a successful day of field work on the Tug Hill Plateau.

Steenburgh says it’s long been known that breezes coming from the shore onto the lake help initiate and direct the formation of snow bands. In 2013, Steenburgh and Geerts, and colleagues from universities in Illinois, Pennsylvania and upstate New York traveled to Lake Ontario as part of an NSF-funded project called the Ontario Winter Lake-effect Systems (OWLes) campaign. While Geerts’ team flew the Wyoming King Air research plane through winter storms, Steenburgh and his students set up weather monitoring equipment, including profiling radars and snow-measurement stations, to monitor the arrival of lake-effect storms near Tug Hill.

While they were there, they witnessed the region’s intense snowfall, including one storm that dropped 40 inches in 24 hours. Often snowfall rates exceeded 4 inches per hour. “That’s just amazing,” Steenburgh says. “It’s just an explosion of snow.” 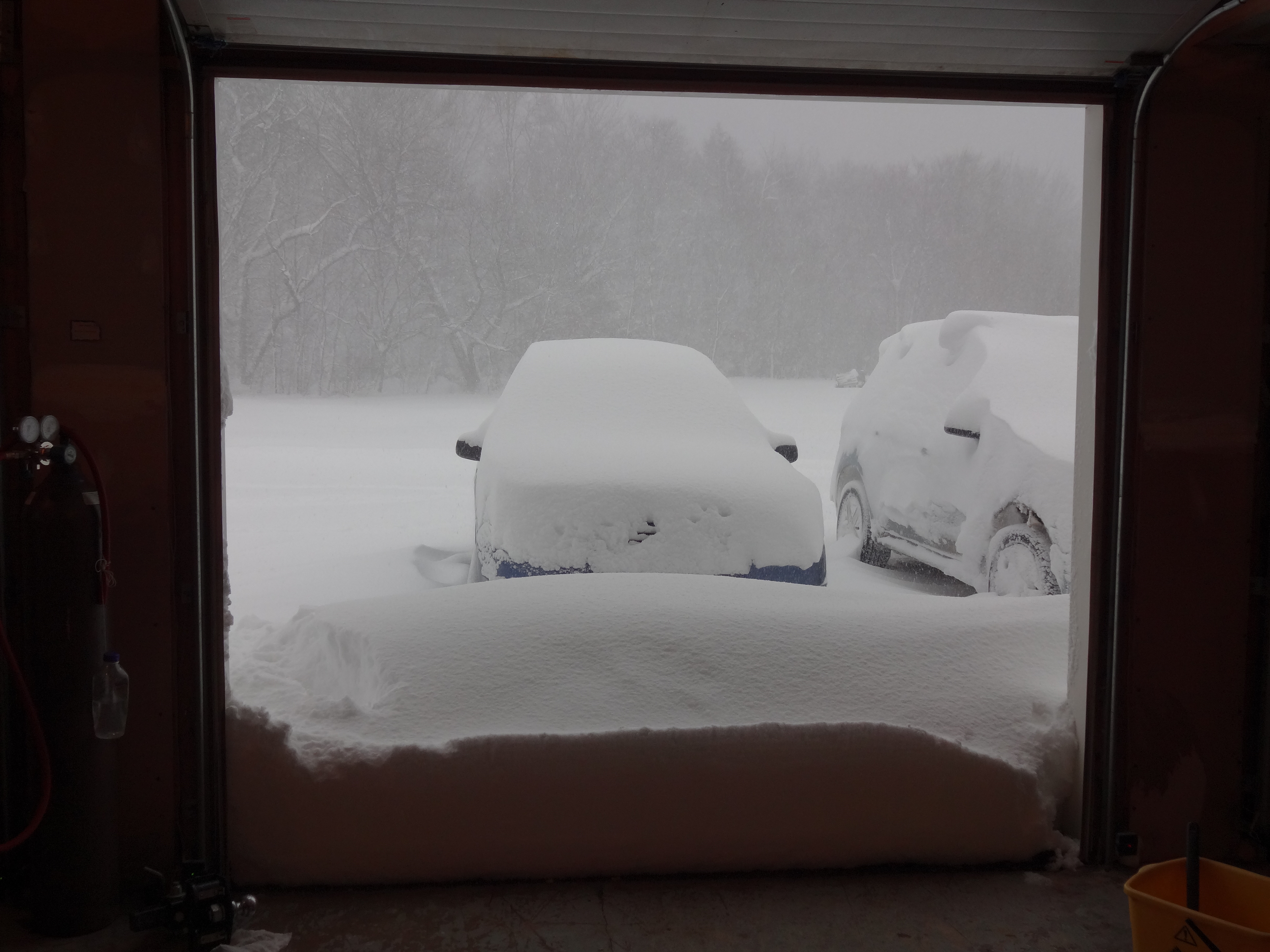 The start of a typical day of field work on the Tug Hill Plateau.

The role of the bulge

The Wyoming Cloud Radar aboard the King Air plane saw an intense secondary air circulation across the main snow band. “This circulation had a narrow updraft, creating and lifting snow like a fountain in narrow strip that dumped heavy snow where it made landfall,” Geerts says. Using a weather model, Steenburgh’s team found that this circulation was thermally driven. They also found that it originated in a land breeze generated by the lake’s shoreline geography. In some cases, another land breeze generated a second snow band that merged with the first. “The intense secondary circulation, with updrafts up to 10 m/s (around 22 miles per hour), had never been observed before,” Geerts says. “It took the U’s simulations to demonstrate that this circulation had its origin in one or more land breezes.”

One particular shoreline feature is a gentle, broad bulge along the southern shore that extends from about Niagara Falls on the west to Rochester, New York, in the east. “Those bulges, in the case we’ve examined, played an important role in determining where the lake-effect snow bands developed,” Steenburgh says. “A bulge near Oswego, New York on the southeast shore also contributed to an enhancement of the precipitation downstream of Lake Ontario over Tug Hill.” 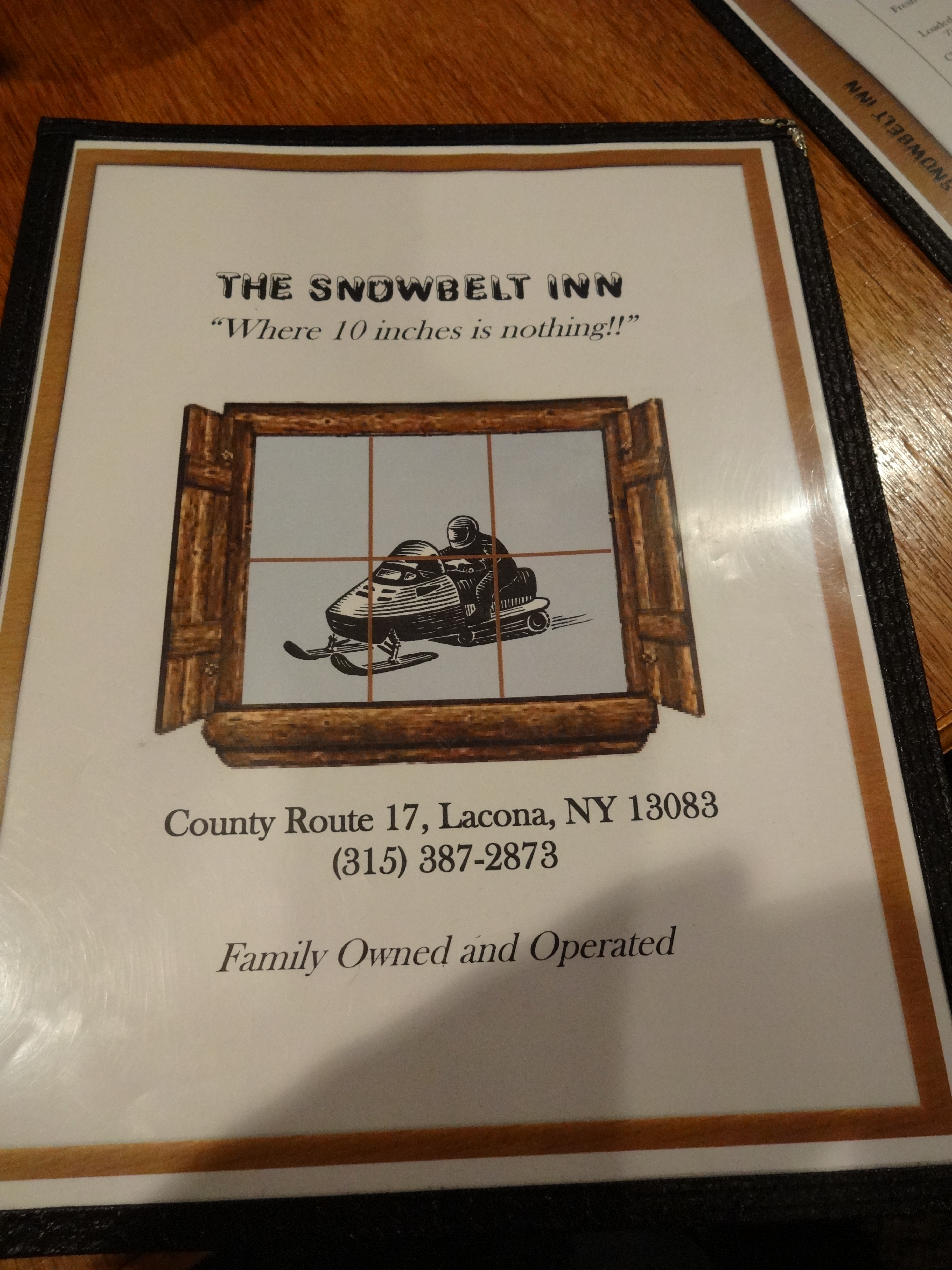 Steenburgh says the residents of the region take the heavy snowfall in stride. Roads are kept plowed, and the team found that many days the biggest challenge was just getting out of the driveway of the house they stayed at. Once the tractor-snowblower was fired up, however, the team had a clear shot.

“My group members are all a bunch of snow geeks,” Steenburgh says. “We love to see it snowing like that. It’s really pretty incredible. And, our friends on Tug Hill made sure we could do our research.”

Steenburgh says that incorporating considerations of shoreline geography in weather forecast models can help better predict which communities might be most affected by incoming storms. Understanding the effect of breezes that arise from the shore shape is key, he says.

“If we want to pinpoint where the lake-effect’s going to be, we’re going to have to do a very good job of simulating what’s happening along these coastal areas,” he says.

Find the papers on which this release is based here, here and here.