Wendy Chapman, the chair of biomedical informatics at University of Utah Health whose informatics tools have been applied toward addressing a wide array of problems in health care, has been elected to the National Academy of Medicine (NAM). The high honor comes on the heels of receiving a top accolade in her field, the Donald A.B. Lindberg Award for Innovation in Informatics, awarded yesterday. 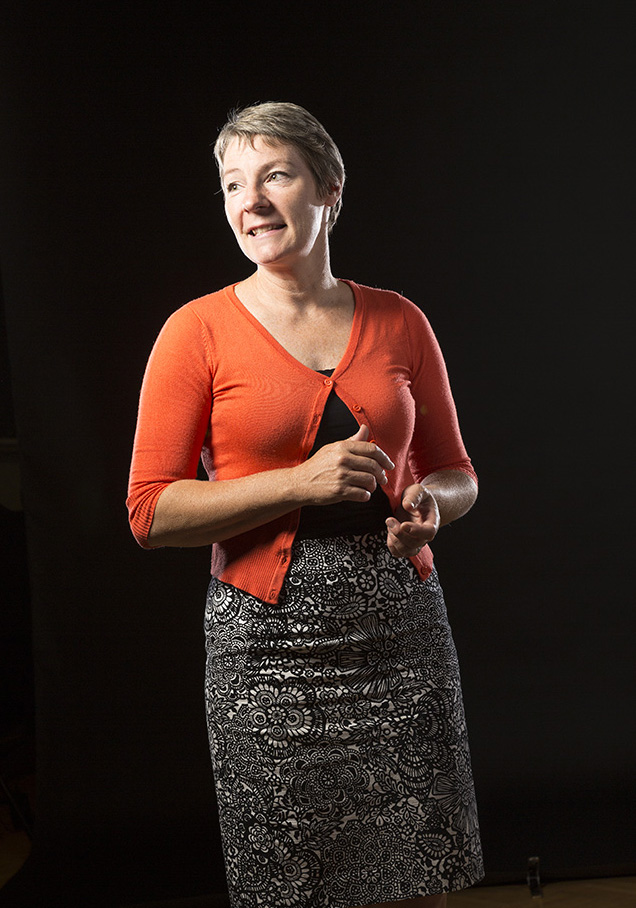 NAM announced this morning that Chapman was among 70 new U.S. members and 10 international members elected to the class of 2017 in recognition of their professional achievements and outstanding contributions to service. The academy comprises a diverse group of members from the fields of health and medicine, the natural, social and behavioral sciences and beyond to advise national and international communities on medical issues and questions.

“It is gratifying that such a thoughtful colleague has been elected to the National Academy of Medicine,” says Lorris Betz, senior vice president for University of Utah Health Sciences. “The honor is a testament to her dedication and contribution to research and science.”

Chapman is most noted for developing informatics algorithms and tools for natural language processing (NLP), a means of using computational power to pull data from doctor’s notes and health records that are otherwise hidden from automated analyses.

For instance, finding the word “pneumonia” in a record does not necessarily mean the patient was diagnosed with the illness. Chapman’s algorithms put these terms into context by determining if the patient had no pneumonia, a history of pneumonia or perhaps was at risk. Such information can be applied to decision support tools, identifying cohorts for research studies, and optimizing processes such as billing.

Her simple algorithms, which are easily adaptable and accessible by software developers as well as non-experts, are now considered a “gold standard.” They have been translated into several languages to analyze clinical texts across the world.

“When you do your research, it feels small. It’s only after time passes that you can start to see that what you did made a difference,” says Chapman. “I’m extremely honored to be recognized by my peers in this way.”

Chapman initially imagined a career in linguistics and was accepted to a doctoral program in Chinese literature when serendipity changed her plans. Frustrated that funding for that field was tough to come by, an offhand remark made by her husband’s informaticist colleague caught her attention. He said that the linguistics of natural language processing was “killing him,” seeding within her the idea of applying her skills in new ways.

In her current role, Chapman capitalizes on the varied skills of her faculty to collaboratively tackle big problems in health care. One is the smart electronic health record initiative at U of U Health that is reconfiguring digital health records into an active tool to help health care providers make better decisions, prevent errors and follow guidelines for the best medical care.

“My goal is to help myself and others expand beyond our research niches to make a broader impact,” she says.

Chapman is the fifth faculty from the University of Utah to have been elected to the NAM, joining inductees Vivian Lee, Mario Capecchi, Sun Wan Kim and Baldomero Olivera.