Angel Haze, popular singer, songwriter and rapper who was nominated for a 2014 MTV Video Music Award, will headline the University of Utah’s Pride Week Oct. 7 at 8 p.m. in the ballroom of the Union building, 200 Central Campus Drive. 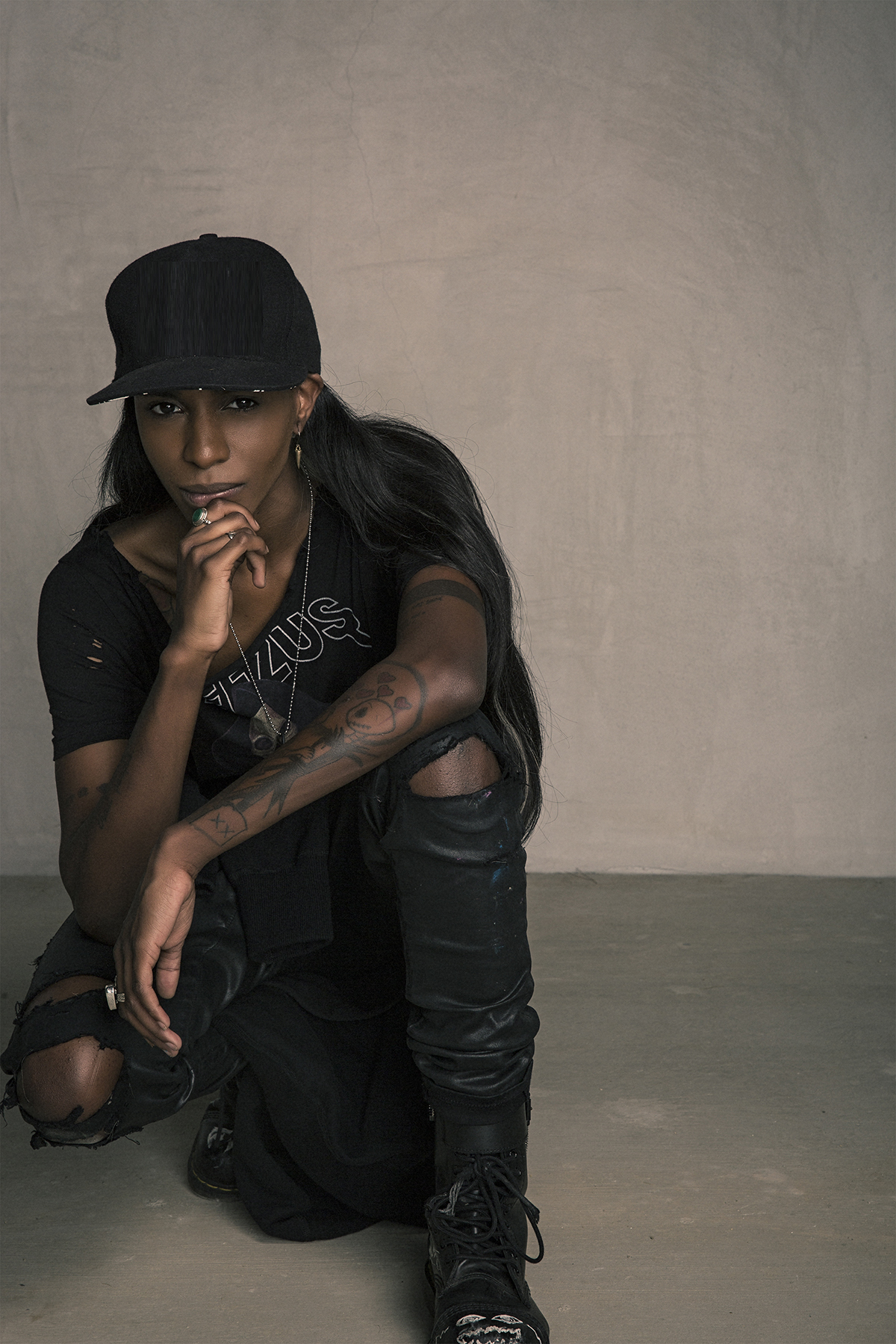 Tickets are available at the Union front desk. Students can receive two free tickets with a UCard. Tickets are $10 for everyone else.

Pride Week 2015 runs Oct. 2-11, and the events highlight the multiple dimensions within the LGBTQIA communities.

“Diversity and inclusiveness are core values of the U, and Pride Week celebrates the diversity of gender and sexual identities among the larger campus community and diversity within the LGBTQ community,” said Jason Taylor, co-chair of the 2015 Pride Week committee and assistant professor in the U’s Department of Educational Leadership & Policy. “The week’s events provide a forum to promote the visibility of the LGBTQ community, engage in dialogue around LGBTQ identities and issues and provide welcoming and affirming spaces for LGBTQ students, faculty and staff.”

Pride Week activities at the U are listed below. All events are free and open to the public unless noted otherwise.

oSTEM Pride Week Cookout
Oct. 5, 5-7 p.m.
Olpin Student Union Building, Den, 200 Central Campus Drive
oSTEM is part of a national society dedicated to educating and fostering leadership for LGBTQA communities in the STEM fields. The cookout is an opportunity for students, faculty and staff in all areas of study to meet, network and enjoy free food.

Panel Discussion: Queer Research Across the Disciplines
Oct. 6, Noon-1 p.m.
Olpin Student Union Building, Collegiate Room, 200 Central Campus Dive
In spring 2016, faculty from disciplines across campus will teach a graduate seminar called Interdisciplinary Issues in Gender and Sexuality. Faculty members who will teach these courses next semester will participate in a panel discussion surrounding queer researcher. The panel will be moderated by law professor Terry Kogan, and will feature Matt Basso, associate professor of history and gender studies; law professor Cliff Rosky, one of the country’s leading experts on the constitutionality of laws against same-sex marriage; and Wanda Pillow, associate professor from the Department of Education, Culture & Society and in Gender Studies. They will share their scholarship and engage in a discussion about queer research and how it is informed, and can inform, multiple areas of scholarly research.

Pride Film Double Feature
Oct. 6, 3-7 p.m.
Olpin Student Union Building, Theatre, 200 Central Campus Drive
“The New Black” documentary will be screened at 3 p.m. The film portrays some of the struggles in the African-American community, including gay rights issues and the black church. The film documents activists, families and clergy on both sides of the campaign to legalize gay marriage.

The second documentary, “Out in the Night” will be screened at 5 p.m. The film tells the story of a group of young, African-American lesbians who were verbally and then physically assaulted by a man in August 2006. When the women defended themselves in a physical fight, the man ends up with a puncture wound. This film reveals how the women’s race, gender identity and sexuality became criminalized in the mainstream news media and the criminal legal system.

Each film will be followed by a brief facilitated discussion. The event is co-sponsored by the University of Utah Staff Council and the Marriott Library.

Voices of Diversity Social Justice Series: Allies for Equity, Featuring B. Cole
Oct. 6, 6-8 p.m.
Social Work Goodwill Building, Okazaki Community Meeting Room (155), 395 S. 1500 East
B. Cole is the executive director of the Brown Boi Project, an organization that works across race and gender to eradicate sexism, homophobia and transphobia and to create frameworks for transformative masculinity. The event is sponsored by Voices of Diversity, an organization in the U’s College of Social Work, which works toward a greater understanding of and advocacy for social justice issues.

Performance by Angel Haze
Oct 7, 8 p.m.
Olpin Student Union Building, Ballroom, 200 Central Campus Drive
Angel Haze, a Detroit native, is a critically acclaimed social justice rapper and singer who uses their music to describe the struggles of physical and sexual abuse, suicide and depression. Describing themselves as pansexual, Haze challenges the heterosexual male-dominated rap world, and their raw honesty and musical creativity has earned them notoriety among their peers. Their most recent project, “Back to the Woods,” was released on Sept. 18.

Tickets are available at the Union front desk. Students can receive two free tickets with a UCard. Tickets are $10 for everyone else.

U Swap: Clothing Swap for People of All Gender Expressions
Oct. 8, 5 p.m.
Olpin Student Union Building, LGBT Resource Center, Room 409, 200 Central Campus Drive
U Swap is an opportunity to bring clothing items that are no longer being used and pick up something that is new to you. The swap promotes change, recycling and access to clothing and accessories without concern for cost, accessibility or stigma. This event is co-sponsored by the Utah Pride Center and the University Counseling Center.

Hinckley Forum: Pizza & Politics featuring CeCe McDonald
Oct. 9, Noon
Orson Spencer Hall, Hinckley Institute of Politics, Room 253, 260 S. Central Campus Drive
Cece McDonald, an African-American transgender woman and LGBTQ activist, will speak at the Hinckley Institute of Politics as part of the Pizza & Politics series. McDonald came into the national spotlight for accepting a plea bargain of 41 months in prison for second-degree manslaughter of a man she stabbed when he and a group of friends assaulter her and some friends outside a bar. Following her conviction, McDonald was assigned to an adult men’s facility. Although a petition made it possible for her to obtain the correct hormonal regimen, McDonald remained quartered with men throughout her sentence. Since her release from prison, she has been profiled in Rolling Stone magazine and other publications. “Free Cece,” a documentary about her experiences during the attack, imprisonment and violence as a transgender woman of color, is underway and being produced by “Orange is the New Black” actress Laverne Cox.

The QSA Leadership Summit will offer four participant tracks: high school students, college students, parents and school officials/QSA advisors. The summit will open with a discussion to create a common language around issues of identity, systems of oppression, privilege and adultism. The breakout sessions will provide information on student involvement, activism, creating, supporting and growing QSA organizations, and laws and rights, as relevant to each track.

Registration will be held on-site.

National Coming Out Day—Utah Pride Center Open House
Oct. 11, 10 a.m.-5 p.m.
Utah Pride Center, Suite 200, 255 E. 400 South
Every year, Utah’s Pride Center presents National Coming-Out-Day, a day that celebrates coming out as lesbian, gay, bisexual, transgender, queer (LGBTQ) or as an ally. The campus and community are invited to a self-guided tour of the recently remodeled facilities and to learn more about all the Pride Center has to offer.