NASA partnership to bring space imagery into prisons too

Sweeping shots of majestic landscapes. Glaciers, forests and waterfalls.  Research published today shows that these images, shown to people deprived of access to nature, can reduce tension, help defuse anger and make some of the harshest environments, like a solitary confinement cellblock in a maximum-security prison, a little easier to bear.

The study, published in Frontiers in Ecology and the Environment, followed inmates in solitary confinement in an Oregon prison for a year. Inmates who viewed nature videos several times a week committed 26 percent fewer violent infractions than their peers. The study’s results will lead to new endeavors that will extend to images of wide-open outer space as well – a welcome sight from within prison walls. 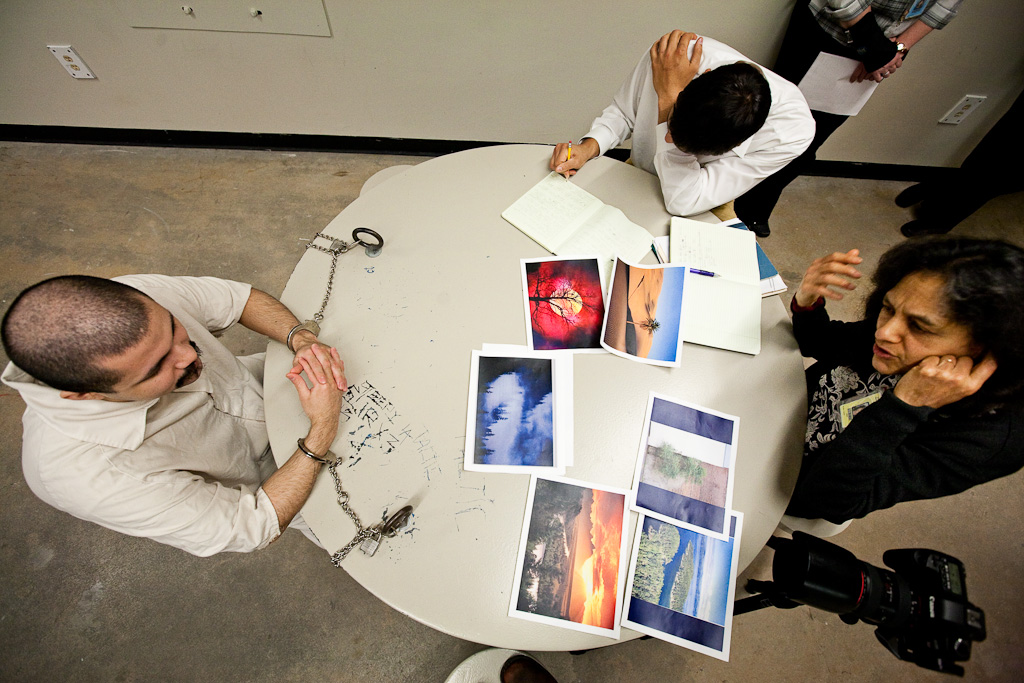 Nadkarni’s colleagues in this study were Tierney Thys, a research associate with the California Academy of Sciences and nature videographer, Patricia Hasbach, an ecopsychologist from Northwest Ecopsychology, Emily Gaines, a science educator from the University of Utah and Lance Schnacker, a corrections analyst from the Oregon Youth Authority.

One hour per day

Nadkarni has been bringing science into prisons since 2003, educating prisoners about ecology and helping them become involved in conservation projects. In 2010, an official at the maximum-security Snake River Correctional Institution in Ontario, Oregon heard a TED talk from Nadkarni and invited her to bring some of the green of nature into the gray of prison. 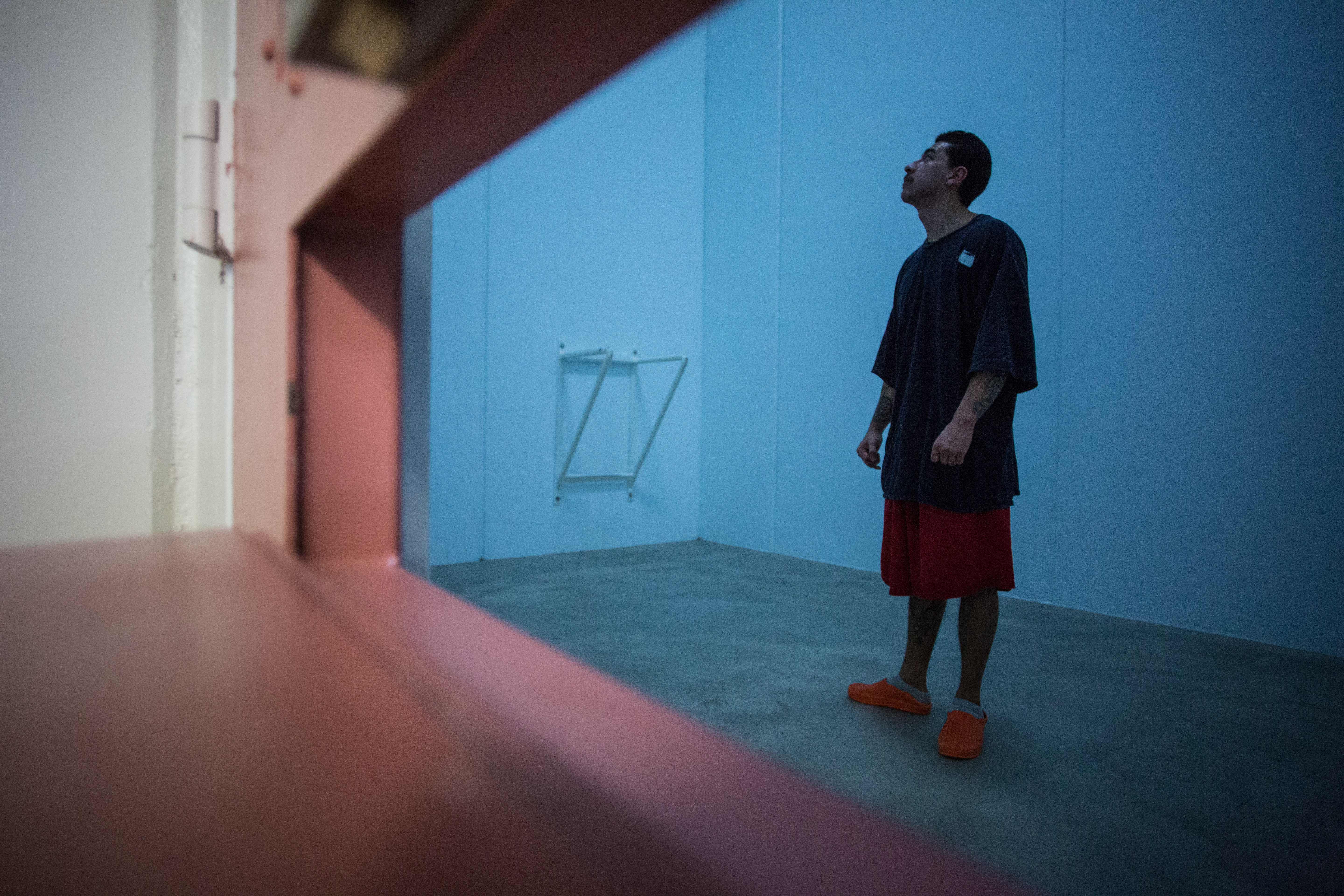 For the study, Nadkarni and her colleagues chose one particular cellblock within the prison. The block is an Intensive Management Unit, housing 48 men in solitary confinement. Their world is a sea of concrete and their exposure to nature is practically none. Four to five times a week, these inmates are allowed to exercise for 45 minutes in a high-walled concrete recreation yard.

Over the course of a year, half of the men in the cellblock could watch a nature video while exercising, chosen from a list of nearly 40 videos. The videos depicted various nature scenes ranging from deserts to rainforests. The researchers surveyed and interviewed the inmates and prison staff during that time, and tracked the number of disciplinary referrals, or violent infractions of prison rules, in the cellblock.

“The nature project help’s me think clearer to know there is so much more beauty in this world then this prison,” one inmate wrote. 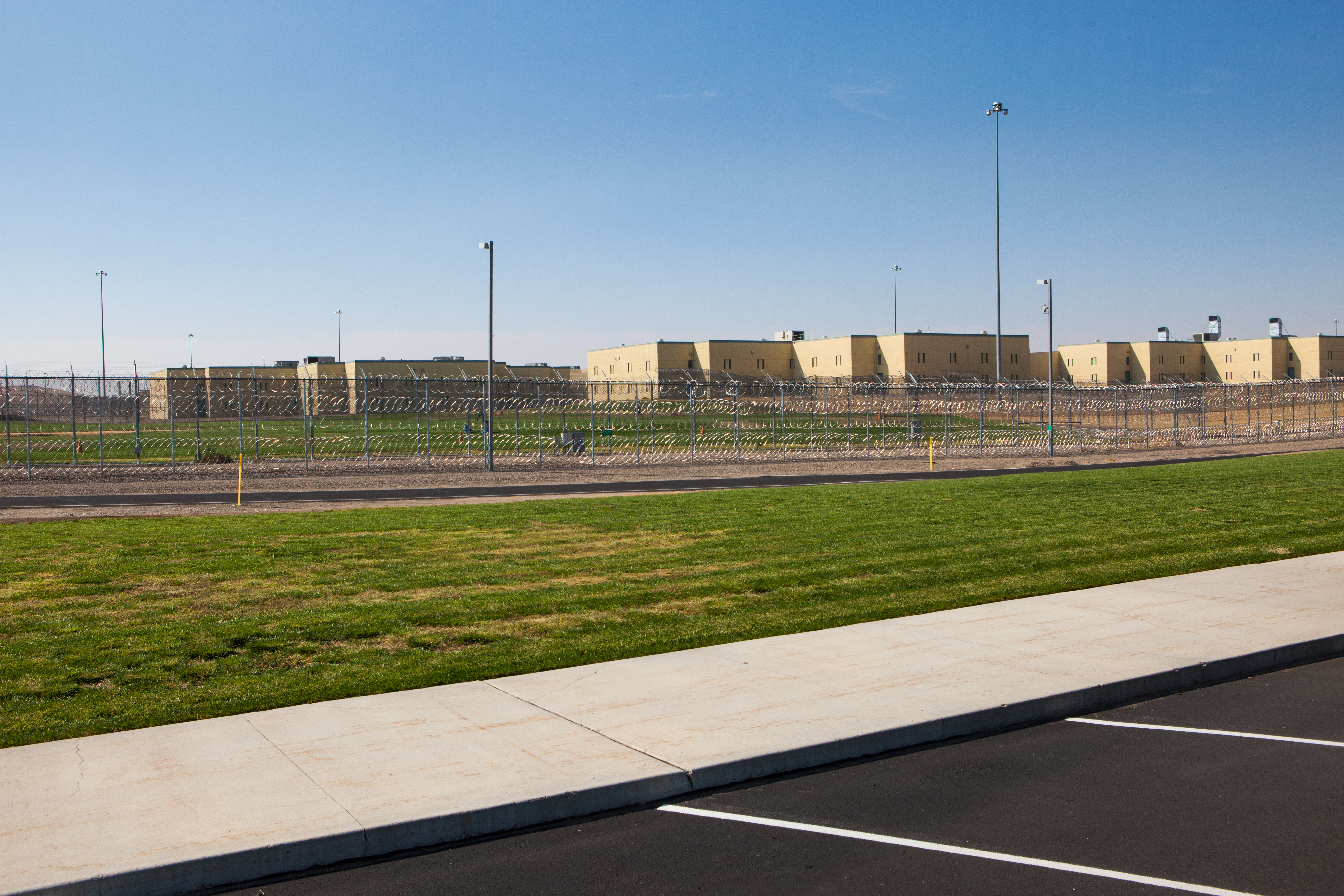 Prison staff agreed. They observed fewer angry outbursts and fewer concerning behaviors. Staff also offered extra time in the exercise room, with the nature imagery, to prisoners who were agitated, which headed off violent infractions before they occurred. Many staff were initially skeptical of the value of the videos, but eventually saw the impact these videos could have on the inmates’ nature-starved life.

Using statistical analysis and data from prison staff, the researchers concluded that if the cellblock were at full capacity, the half that viewed the nature videos would commit 26 percent fewer infractions than the other half. Considering that each infraction has the possibility of injury at worst or degrading staff-inmate relations at best, that number of averted incidents has a “substantial positive impact,” the researchers write.

The benefits of nature imagery likely extend far beyond prison inmates, and can positively impact other nature-deprived populations, Nadkarni says. More than 5 million people may fit into those populations, including people in prisons, nursing facilities, homeless shelters, military barracks and other institutions and facilities.

This fall, Nadkarni and Thys will begin creating toolkits with new nature videos from National Geographic and educational materials about the habitats featured in the videos. These will go out to ten prisons initially, but will be designed to benefit people in any nature-deprived environment.

Another grant, from NASA, will bring experts in astrobiology, or the possible conditions of life on other planets, into prisons, as well as imagery from the Hubble and other space telescopes. “NASA asked: What habitats do the inmates like best?” Nadkarni says. “I thought, being a forest person, that they’ll all say trees. None of them said trees and forests. They all said, ‘Give us open habitat. Give us deserts and outer space.’”