Researchers at the University of Utah and Konkuk University found that news stories are perceived as biased based on who shares that story on social media, regardless if the actual story is biased. Published in Mass Communication & Society, “When social media become hostile media: An experimental examination of news sharing, partisanship and follower count,” the study also examines how Republicans and Democrats perceive bias of a news story differently depending on how many followers a Twitter account has.

“Readers are inclined to believe that news content is unbiased, or less biased, when they share the same partisan affiliation as the source sharing the story than they are when the source does not share their partisan,” said Tae Kyoung Lee, lead author and assistant professor of communication at the U.

“About 62 percent of U.S. adults get news on social media, such as Reddit, Facebook and Twitter. Much of this content does not come directly from a traditional news source, but rather from an individual user who is sharing it with their social media friends and followers,” said Lee.

To answer these questions, an online experiment was conducted where Republicans and Democrats viewed a Twitter account, in which the user was presented as a Republican or Democrat with either 21 or 503,000 followers. Then, the research subjects read a news article shared by the Twitter user, which was published by a neutral news source, The Associated Press. Consistent with the hostile media effect, both Republicans and Democrats believed that a news article shared by a Twitter user from an opposing political party was more biased than one shared by a Twitter user from the same political party. However, this effect was more prominent among Republicans than Democrats. As the Twitter account had more followers, this effect was also more prominent among Republicans. 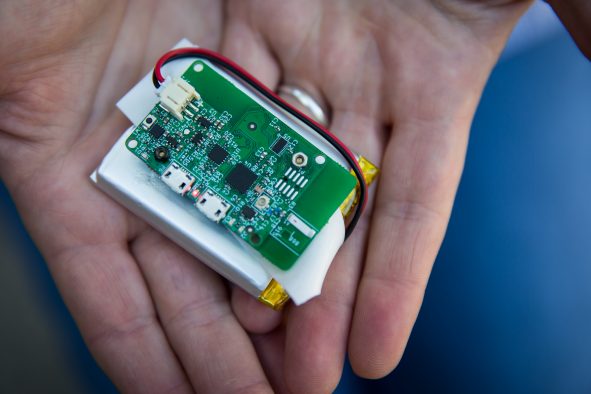