University of Utah engineers can take pictures of the brain with surgical needle and laser light.

With just an inexpensive micro-thin surgical needle and laser light, University of Utah engineers have discovered a minimally invasive, inexpensive way to take high-resolution pictures of an animal brain, a process that also could lead to a much less invasive method for humans.

A team led by University of Utah electrical and computer engineering associate professor Rajesh Menon has now proven the process works on mice for the benefit of medical researchers studying neurological disorders such as depression, obsessive-compulsive disorder and aggression. Menon and his team have been working with the U. of U.’s renowned Nobel-winning researcher, Distinguished Professor of Biology and Human Genetics Mario Capecchi, and Jason Shepherd, assistant professor of neurobiology and anatomy.

University of Utah electrical and computer engineering associate professor Rajesh Menon holds a tiny surgical needle that can be used with a camera to take pictures of a mouse’s brain cells. The process, which can be used by medical researchers, is much less invasive than earlier methods of examining a mouse brain. Menon believes the process ultimately could be used on humans for a less expensive, less invasive method of examining a patient’s brain.

The group has documented its process in a paper titled, “Deep-brain imaging via epifluorescence Computational Cannula Microscopy,” in the latest issue of Scientific Reports. The paper’s lead author is doctoral student Ganghun Kim.

The process, called “computational cannula microscopy,” involves taking a needle about a quarter-millimeter in diameter and inserting it into the brain. Laser light shines through the needle and into the brain, illuminating certain cells “like a flashlight,” Menon says. In the case of mice, researchers genetically modify the animals so that only the cells they want to see glow under this laser light.

The light from the glowing cells then is captured by the needle and recorded by a standard camera. The captured light is run through a sophisticated algorithm developed by Menon and his team, which assembles the scattered light waves into a 2D or potentially, even a 3D picture.

Typically, researchers must surgically take a sample of the animal’s brain to examine the cells under a microscope, or they use an endoscope that can be anywhere from 10 to 100 times thicker than a needle.

“That’s very damaging,” Menon says of previous methods of examining the brain. “What we have done is to take a surgical needle that’s really tiny and easily put it into the brain as deep as we want and see very clear high-resolution images. This technique is particularly useful for looking deep inside the brain where other techniques fail.” 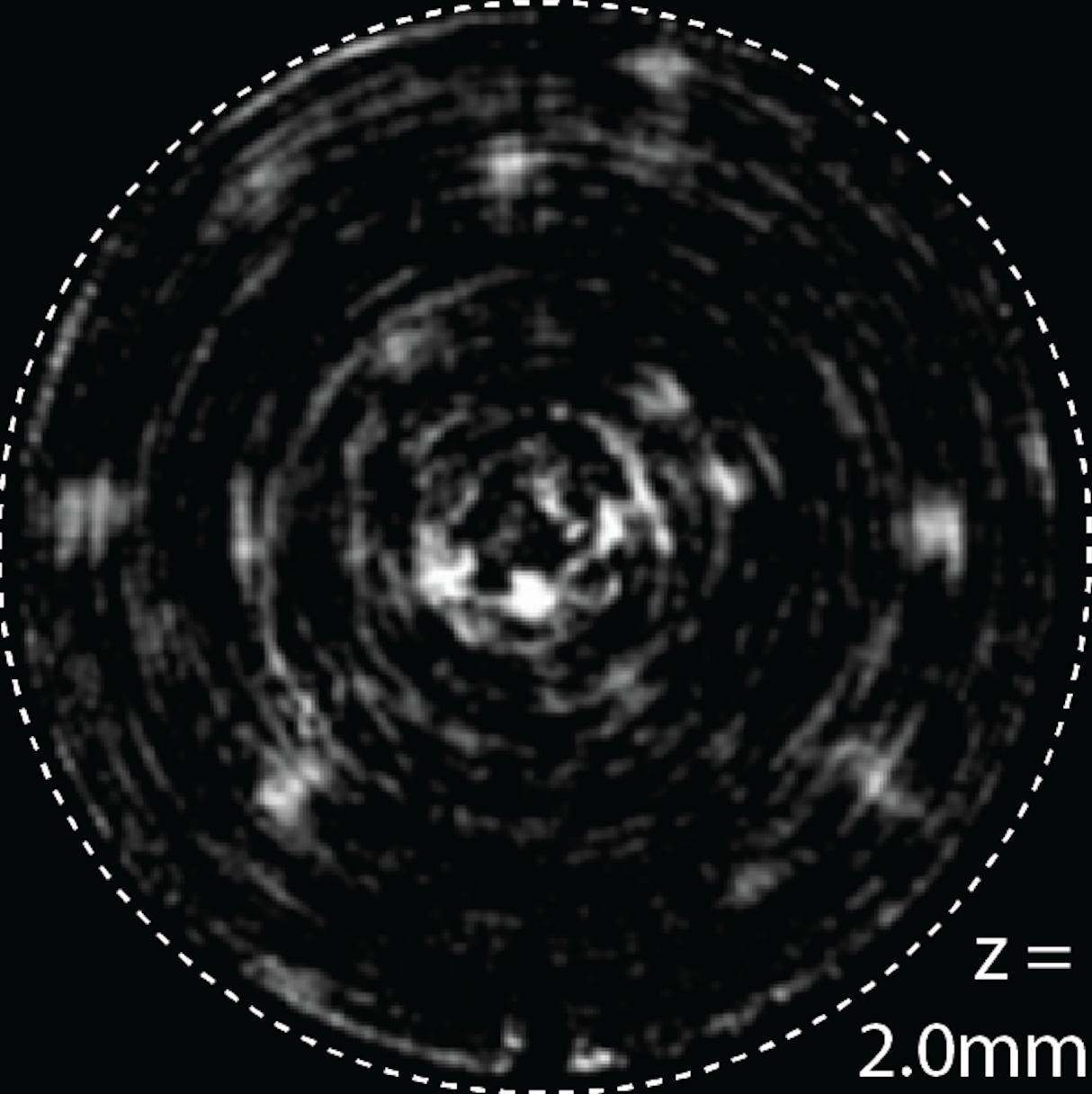 An image of cells taken inside the mouse brain using a new method developed by University of Utah electrical and computer engineering associate professor Rajesh Menon and his team.

Now that the process has been proven to work in animals, Menon believes it can potentially be developed for human patients, creating a simpler, less expensive and invasive method than endoscopes.

“Although its much more complex from a regulatory standpoint, it can be done in humans, and not just in the brain, but for other organs as well,” he says. “But our motivation for this project right now is to look inside the brain of the mouse and further develop the technique to understand fundamental neuroscience in the mouse brain.”

University of Utah College of Engineering

Touch a Human Brain and Learn About the Wonders of the Mind During Brain Awareness Week
March 11, 2019