To better understand why many elderly people are prone to break a bone in a fall (known as bone fragility fractures), perhaps doctors and researchers should look at the human skeleton in much the same way civil engineers analyze buildings and bridges, according to a new study from a University of Utah mechanical engineering professor. 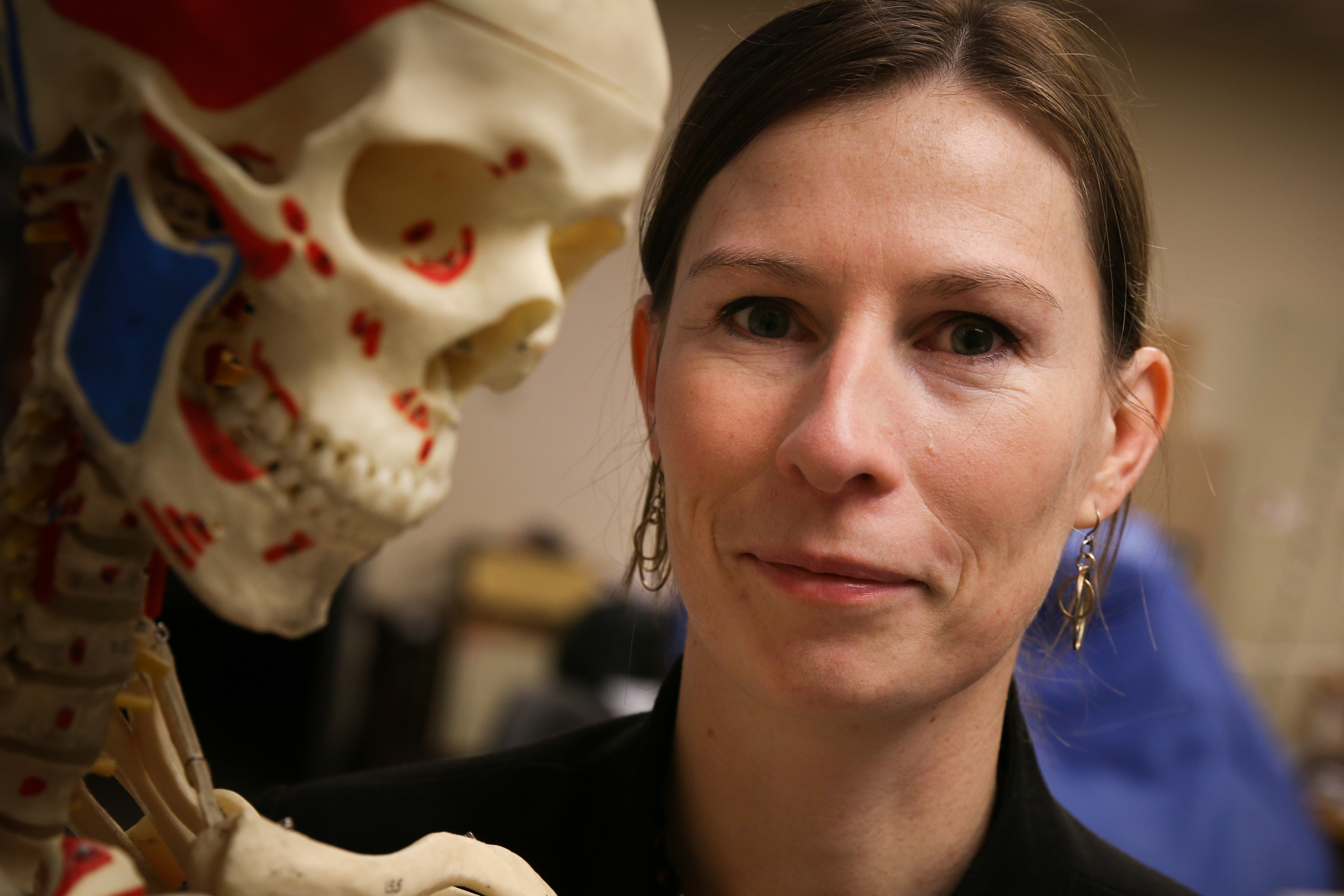 PHOTO CREDIT: n the elderly are largely due to one massive impact, such as a fall.

University of Utah mechanical engineering assistant professor Claire Acevedo has published a new study that suggests the bones of an older person become more susceptible to a break due to repeated stress from everyday activities such as walking, creating microdamage that affects the quality of the bone. That is in contrast to the belief that bone breaks in the elderly are largely due to one massive impact, such as a fall.

A team of researchers led by U mechanical engineering assistant professor Claire Acevedo believes the bones of an older person, say above the age of 50, become more susceptible to a break due to repeated stress from everyday activities such as walking, creating microdamage that affects the quality of the bone. That is in contrast to the common-held belief that bone breaks in the elderly are largely due to one massive impact or force on the bone, such as a fall.

“It really starts with a small microcrack that grows over time under repeated loading,” says Claire Acevedo, who has just joined the University of Utah College of Engineering faculty. “You need to be doing something like just walking or moving, and the crack is slowly propagating. At some point, the remaining cross-section of the bone that is still connected is too small and will break suddenly.”

In that case, such fractures in the elderly would be the cause of a fall rather than the result of a fall.

The study, “Fatigue as the missing link between bone fragility and fracture,” was published online this week in the latest issue of Nature Biomedical Engineering. A copy of the paper can be viewed at http://rdcu.be/Fh0l.

Acevedo says this theory that “cyclic loading” (repeated and fluctuating loads) might be a bigger contributor to bone breaks is similar to the study of structures and engineered materials. This type of stress in structures and materials resulted in a rise of catastrophic accidents near the turn of the 20th Century and has led to the development of “fracture mechanics.”

“In engineered materials and structures, cyclic fatigue is the most ubiquitous mode of failure,” wrote Acevedo, who studies fractures and stress on skeletal tissue. “Cyclic fatigue accounts for more than 80 percent of all failures, leading to catastrophic and sudden accidents such as the failure of railway axles, the collapse of metallic bridges, the failure of ships and the cracking of aircraft airframes and engines.”

The research is based on examining not just the bone’s mineral density (bone mass) but its quality, specifically how well the collagen that provides the ductility of the bone deforms to resist fractures. And as one gets older, the more microdamage that person accumulates over time and the weaker the bones get.

“Bone quality is much more important than what we have been thinking,” she says. “Old bones gradually lose their mechanical properties, their ability to self-repair and to recover bone quality to prevent the formation of a fracture.”