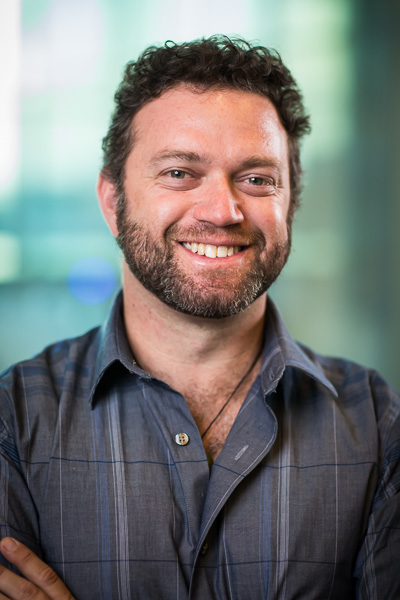 Jason Shepherd, assistant professor of neurobiology and anatomy at University of Utah Health, is one of 17 recipients of the inaugural Ben Barres Early Career Acceleration Award from the Chan-Zuckerberg Initiative. The Chan-Zuckerberg Initiative was founded by Mark Zuckerberg, CEO of Facebook, and his wife Priscilla Chan to provide new solutions to human disease. A major goal of the initiative is to bring new people with innovative ideas that solve intractable problems, in this case neurodegeneration.

“This is a tremendous honor for Jason, who is highly deserving,”said Monica Vetter, chair of the Department of Neurobiology and Anatomy. “One of the intriguing aspects of the CZI award is the focus on establishing collaborative networks that bring new people to the field of neurodegeneration research. Jason brings exciting new ideas together with an enthusiasm for working collaboratively on challenging problems.”

The Shepherd lab will receive $2.5M over five years for the project titled “Viral-like mechanisms of intercellular communication in the pathology of neurodegeneration.” Their work willexplore new molecular mechanisms that may play a role in Alzheimer’s disease.

“The Chan-Zuckerberg Initiative is looking for ideas that are out of the box to understand the science behind neurodegeneration,” said Shepherd. “For me what is most exciting is this award gives my lab the freedom to pursue high-risk ideas that depart from the typical approach to Alzheimer’s disease.”

Alzheimer’s disease is marked by a slow, unforgiving marathon of memory loss. Shepherd is looking for molecular mechanisms causing neurons to malfunction that predate cell death and the progression of disease.

“By the time most patients are diagnosed with dementia it is too late,” Shepherd said. “We need to be able to diagnose early and hopefully do it in an easy way.”

His lab is focusing on a particular neuronal gene, Arc, a master regulator that keeps synapses malleable and memory logged. Previous work has shown this gene is turned on when you learn. It has also been linked to Alzheimer’s disease.

Shepherd believes Arc may play a critical role in our neurons’ garbage disposal system. This system is important because if toxic proteins accumulate in the cell, the neuron dies. Arc may draw from its fascinating origins as an ancient retrovirus to perform this function. It uses its retroviral ability to create capsids, or cocoons, to trap toxic proteins to be removed from the cell.

Shepherd’s lab will explore the gene’s roles in the removal or build-up of toxic proteins in neurons and the progression of Alzheimer’s disease.

“The holy grail is to find a marker, like Arc bound with toxic proteins, in the blood that could be used as a diagnostic of the disease,” Shepherd said.

In addition, Shepherd wants to leverage the volumes of research on HIV, another retrovirus, to identify new ways to target the protein cocoon created by Arc to find new therapies for Alzheimer’s disease.

“We are concentrating on Alzheimer’s disease, because we already know that Arc is involved in disease pathology,” Shepherd said. “However, I think our results could potentially apply to other neurodegenerative diseases (Parkinson’s disease and ALS) that also result from the accumulation of toxic proteins or RNA.”

Shepherd says the intellectual freedom he has experienced at University of Utah Health to follow the intriguing leads in science, no matter how risky, has contributed to the success of his early studies.

“To fill gaps in our understanding of neurodegenerative diseases, we need to support new approaches, explore new ideas, and help experts connect across disciplines,” said CZI Head of Science Cori Bargmann. “We’re excited to welcome the first group of CZI Neurodegeneration Challenge Network grantees. Together, their work will increase our knowledge of the basic biology of these diseases—and we need that knowledge to develop better treatments.”

The Ben Barres Early Career Acceleration Awards are administered through the Neurodegeneration Challenge Network, which brings together experimental scientists from diverse research fields—neuroscience, cell biology, biochemistry, immunology and genomics—along with computational biologists and physicians, to understand the underlying causes of neurodegenerative disorders.