Research published today in Nature from scientists at Huntsman Cancer Institute (HCI) at the University of Utah shows how epithelial cells – such as skin cells – naturally turn over, maintaining constant numbers between cell division and cell death.

In addition to skin, epithelial cells comprise skin-like linings that coat internal organs, giving organs a protective barrier so they can function properly. Cells turn over very quickly in epithelia. To maintain healthy cell densities, an equal number of cells must divide and die. If that balance gets thrown off, inflammatory diseases or cancers can arise. 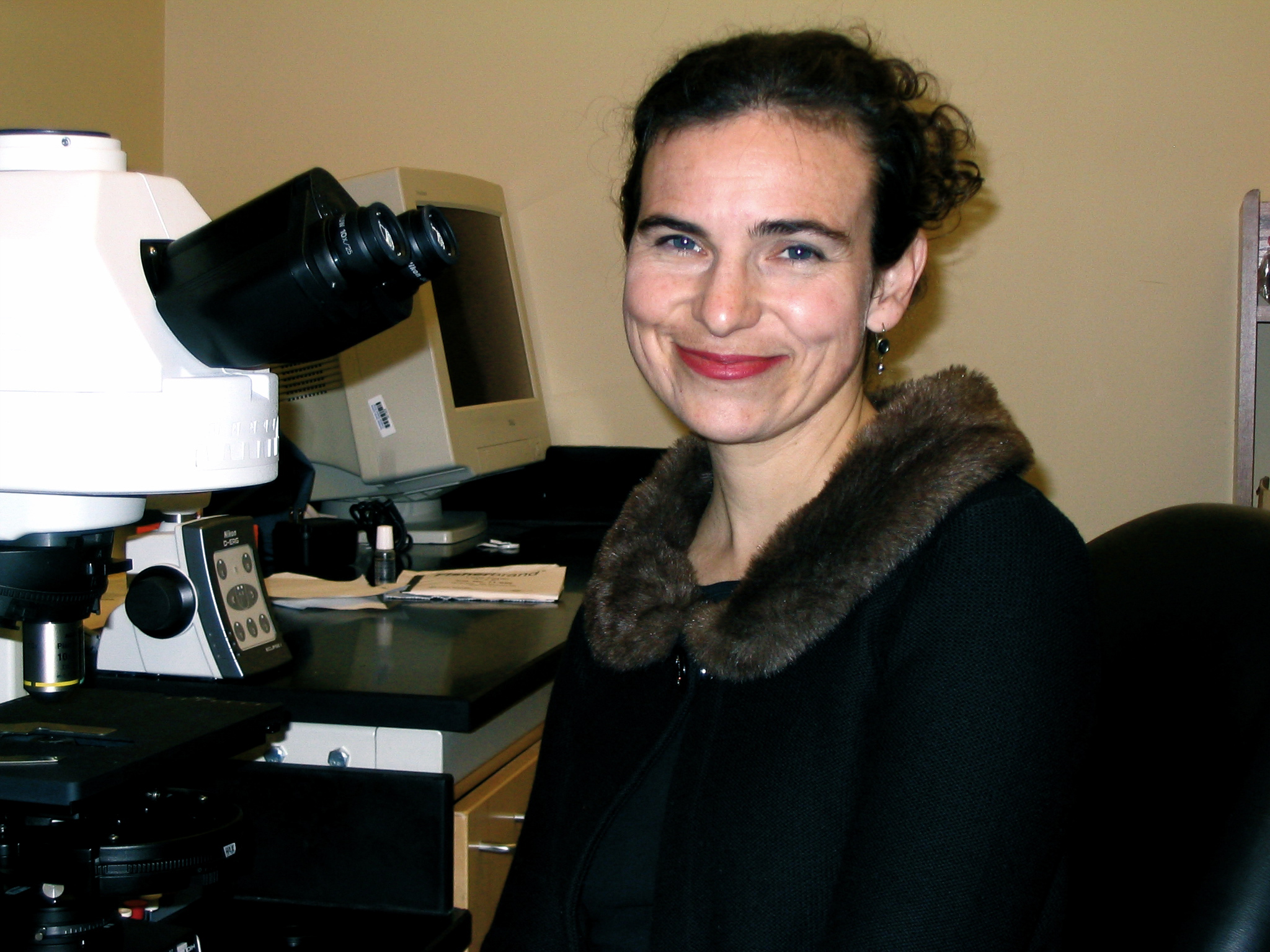 The study leader, Jody Rosenblatt, investigator at HCI and associate professor of oncological sciences at the University of Utah, says, “If too many epithelial cells die, you can lose the organ barrier function and inflammatory diseases like asthma and colitis can result. On the other hand, if too many cells divide compared to the number dying, this can cause an overabundance of cells, which can lead to tumor formation. So imbalance on either side is problematic.”

Around ninety percent of cancers arise in the simple epithelia that coat the organs. Understanding what normally controls cell division and death, and how these processes are linked, is essential to understanding how these events become misregulated to drive cancer formation. While scientists had previously studied cell division and death in response to experimental triggers, how these processes naturally occur was less clear.

“We knew there had to be some kind of regulation to tie the death and division processes together,” says Rosenblatt. “What we found boils down to really simple principles. It’s all mechanical tension. If the cells get too crowded – 1.6-fold more crowded – then they pop some cells out that later die. The extrusion of cells enables the cell sheets to return to densities they like.”

On the flip side, researchers noticed that cells divided in sparser areas. They realized those sparse regions were creating a tension on the cells to stretch.

“If the cells become too sparse, then they activate cells to divide – and that signal to divide comes from mechanical stretch,” explains Rosenblatt. “To test this, we stretched cells and found that stretch could trigger cells to divide within only one hour! The process also showed us that stretch is a normal trigger for cell division.”

The next question was figuring out what caused these processes to happen. Rosenblatt’s team discovered both cell division and death were controlled by the same protein, Piezo1. 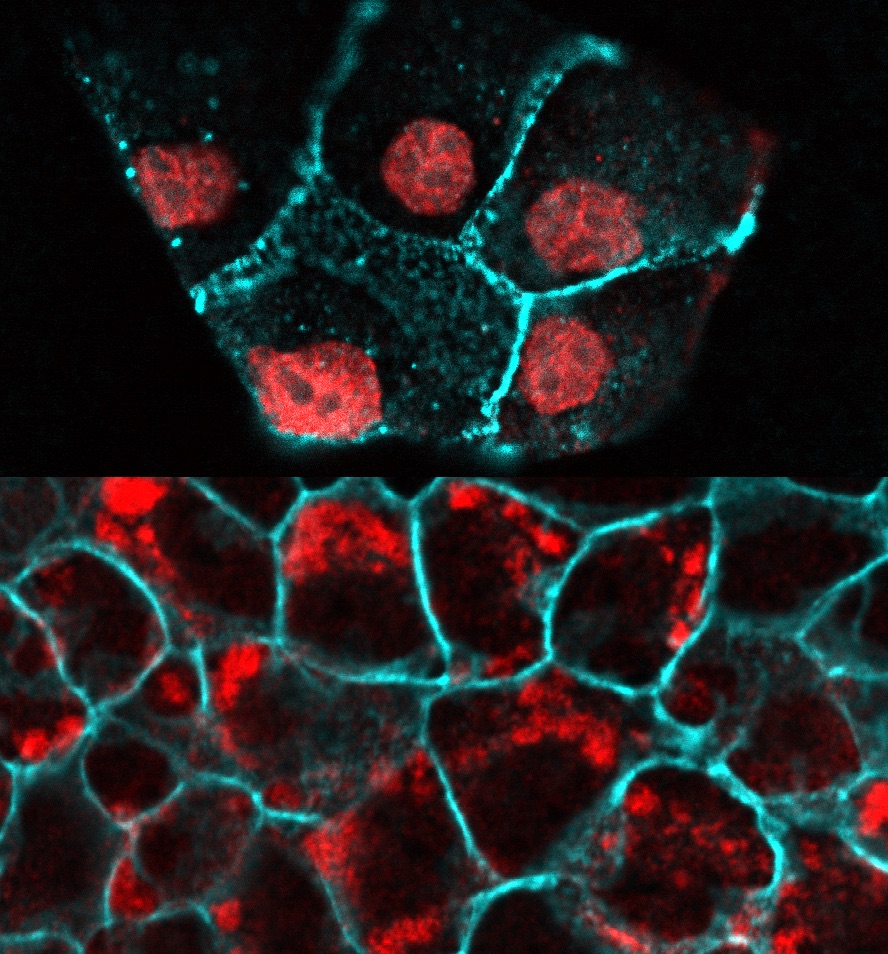 “Basically this same protein is sensing both crowding and stretch – but the outcome is very different, depending on what state the cells are in,” says Rosenblatt. “Piezo1 is sort of like a thermostat, regulating two different sides. Just like a thermostat regulates both heat and cold, it makes sense to have one sensor measuring crowding and stretch. If there were two separate regulators, things could get out of hand fairly quickly if one sensor breaks.”

In addition to understanding how Piezo1 is involved in regulation, Rosenblatt’s team also identified a stage in the cell cycle where cells sit paused for repair.

“We had always assumed that once cells start a division cycle, they just power through. We didn’t know that they take breaks throughout the cell cycle,” explains Rosenblatt. “But we found a point where the cells were just stalled, waiting to divide. A lot of things need to happen for cells to divide. The DNA needs to replicate so it can divide in half, providing each new cell with the same DNA as the parent. These cells have everything ready to do that, but they still pause there at a step that we did not expect to be regulated.  Cells could be paused waiting to reach a certain size. Once they reach this size, stretch triggers them to divide.”

“By understanding how cell death and division are normally regulated,” she explains, “we are discovering new ways that these processes go wrong—especially in diseases we don’t currently have treatments for, things like asthma and metastatic cancers.”

This study was funded by a National Institute of Health Director’s New Innovator Award and University of Utah Funding Incentive Seed Grant, with additional support from National Cancer Institute and the Huntsman Cancer Foundation.

Huntsman Cancer Institute (HCI) at the University of Utah is one of the world’s top academic research and cancer treatment centers. HCI manages the Utah Population Database – the largest genetic database in the world, with more than 16 million records linked to genealogies, health records, and vital statistics. Using this data, HCI researchers have identified cancer-causing genes, including the genes responsible for melanoma, colon and breast cancer. HCI is a member of the National Comprehensive Cancer Network (a 27-member alliance of the world’s leading cancer centers) and is a National Cancer Institute-Designated Comprehensive Cancer Center. HCI treats patients with all forms of cancer and operates several high-risk clinics that focus on melanoma and breast, colon, and pancreas cancers. The HCI Cancer Learning Center for patient and public education contains one of the nation’s largest collections of cancer-related publications. The institute is named after Jon M. Huntsman, a Utah philanthropist, industrialist, and cancer survivor.