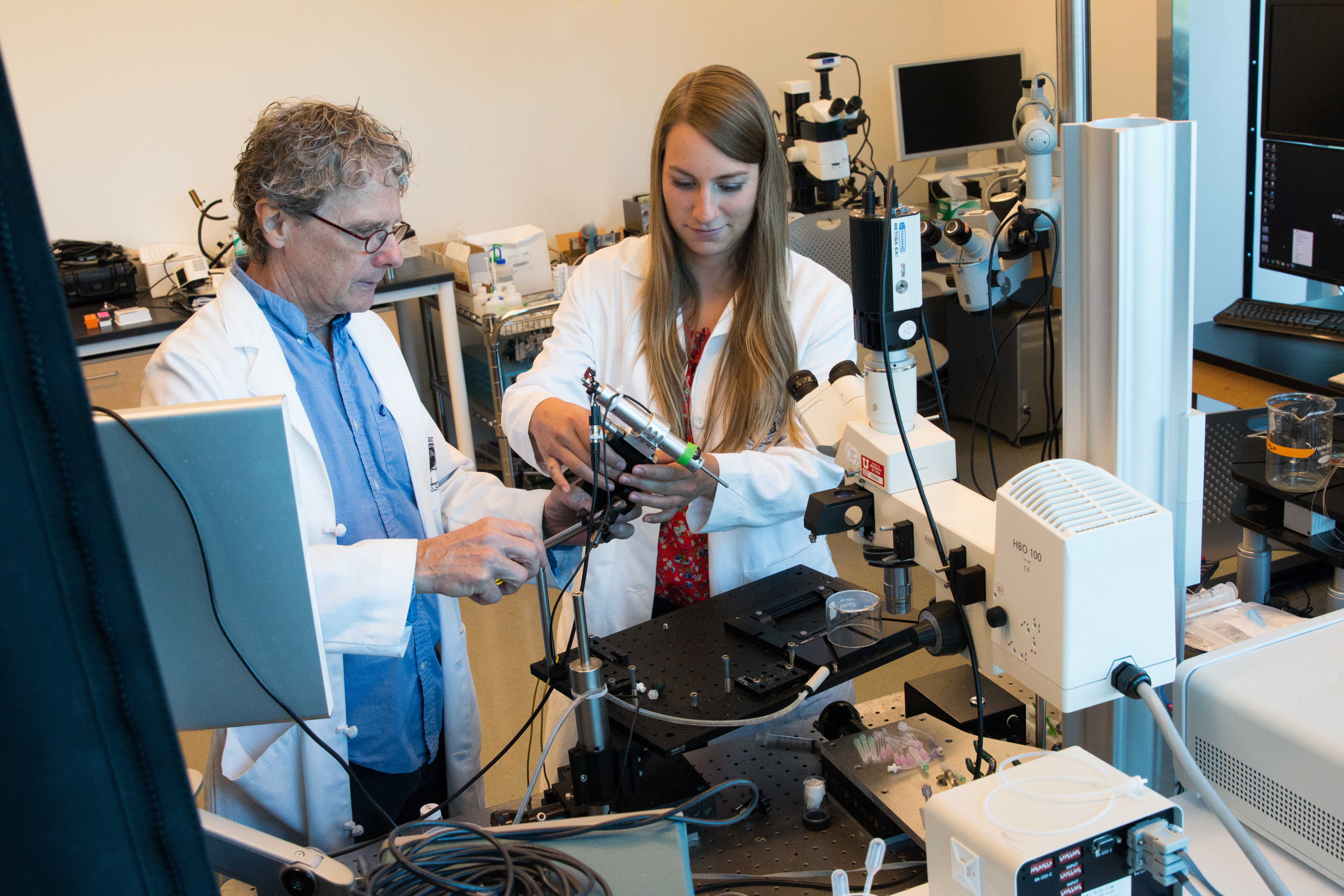 For some people, certain sounds like a trumpet blowing a particular tone can make them dizzy, and it’s not because they’re giddy from a Wynton Marsalis melody.

It has been estimated that 1 in 100 people around the world have a congenital inner ear condition known as semicircular canal dehiscence, a thinning of the bone enclosing the inner ear that can lead to vertigo in response to certain sounds, changes in atmospheric pressure or coughing. It is a condition in which a person can feel the same imbalance effects of being drunk just by hearing certain tones, even from the sound of someone’s voice or a musical instrument.

Researchers from the University of Utah, Johns Hopkins School of Medicine and the University of Mississippi have discovered how that happens and have published their findings in the recent issue of Scientific Reports. The lead author is Utah biomedical engineering doctoral student Marta Iversen, and the senior author is Utah biomedical engineering professor Richard Rabbitt.

Normally, the inner-ear balance and hearing organs are encased in solid bone. But in 1929, Italian biologist Pietro Tullio discovered that a hole in that bony enclosure can cause the inner ear semicircular canals to become sensitive to acoustic sounds like a sustained tone from a musical instrument such as a trumpet, violin or piano, even a higher-pitched conversation. This condition causes the eyes to rotate through an automatic reflex that normally would stabilize the image in the eye during head movements. But if the signal from the ear is wrong, the eyes movements are also wrong, causing the patient to feel dizzy.

“It’s very much like the feeling when they’ve had too much to drink. They get dizzy, and they feel nauseous, and they can’t see well and lose their balance,” says Rabbitt. “What our paper is about is the biophysics of how that happens. How does sound excite the inner ear balance organs causing them to send the wrong head-motion signals to the brain?”

The effect can occur in just seconds if the right tone is played, and it can render the person dizzy for tens of seconds even after the tone has stopped.

By monitoring the neurons and inner ear fluid motion in toadfish, which have similar inner ear balance organs as humans, it was discovered that this dizzying effect occurs when the sound generates pathological fluid mechanical waves in the semicircular canals of the ear. Normally, inner ear fluid moves when you rotate your head, and your eyes automatically counterrotate to stabilize the image on the retina.

But when there is a pathological hole in the bone certain acoustic tones cause the inner ear fluid to pump, and as a result, the ear sends an incorrect signal to the brain that you’re rotating your head when you’re not.

“Your eyes will counterrotate the wrong way, and it will look like the world is spinning,” Rabbitt says.

Fortunately, surgery to repair the dehiscence can help patients, Rabbitt says, but researchers now understand the connection of how a small hole in bone can create a lifetime of debilitating dizziness for many.

“What wasn’t known was the ‘Why?’ What exactly causes the symptoms patients have?” he says. “This finally connects the symptoms and the dehiscence in a precise biophysical way.”

Additional information about semicircular canal dehiscence can be found on the Vestibular Disorders website at vestibular.org. The paper can be read here.