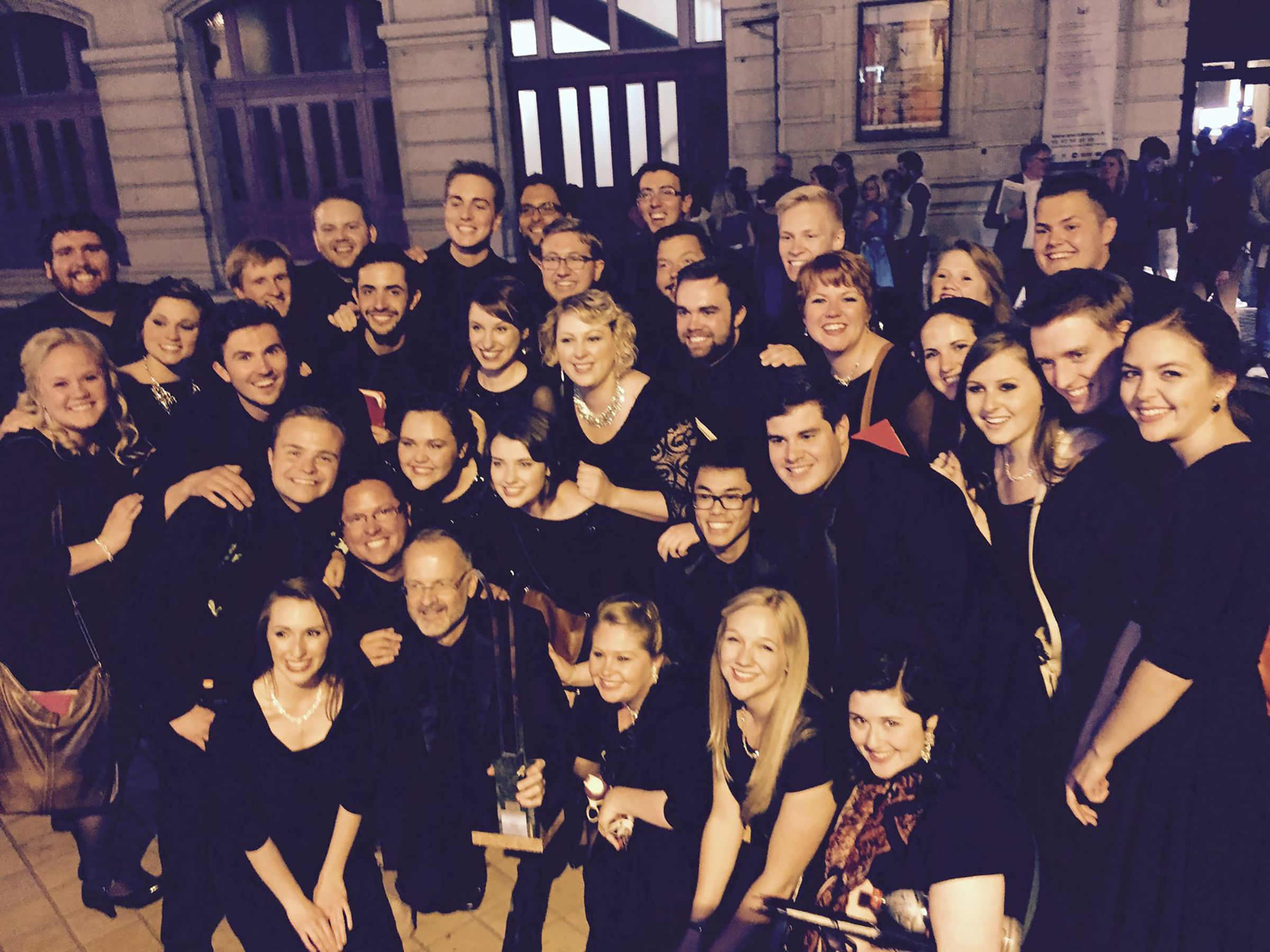 June 5, 2015 – The University of Utah Chamber Choir won what is considered by some as the world championship of amateur choral art, the European Choral Grand Prix. The competition includes choirs from all across the globe and has an international jury made up of judges from six different countries.

The U’s choir, directed by Barlow Bradford, became qualified to compete after winning the prestigious Florilége Vocal de Tours in the summer of 2014. This past weekend they faced the winning choirs from the other regional competitions held in Italy, Hungary, Slovenia, Bulgaria and Spain.

“We had 25 minutes to walk in and show our stuff,” Bradford said. “As they tabulated the scores, I kept thinking about how this choir had absolutely transformed since the last fall. They sang like a million bucks. I am so incredibly proud of them.”

The choir will arrive at the Salt Lake International Airport from their European tour on Saturday evening, June 6, after having competed in Tours, France and performed in cathedrals in Paris, Normandy and Barcelona.

For more information on the Chamber Choir, visit the School of Music’s website.