Following a three-year, five-way competitive process, the U.S. Department of Energy has selected the Energy and Geosciences Institute (EGI) at the University of Utah to develop a geothermal laboratory near Milford, Utah. The laboratory, called Frontier Observatory for Research in Geothermal Energy (FORGE) will focus on developing enhanced geothermal systems which could greatly expand the nation’s capacity to produce geothermal energy. The FORGE award will consist of up to $140 million over five years. 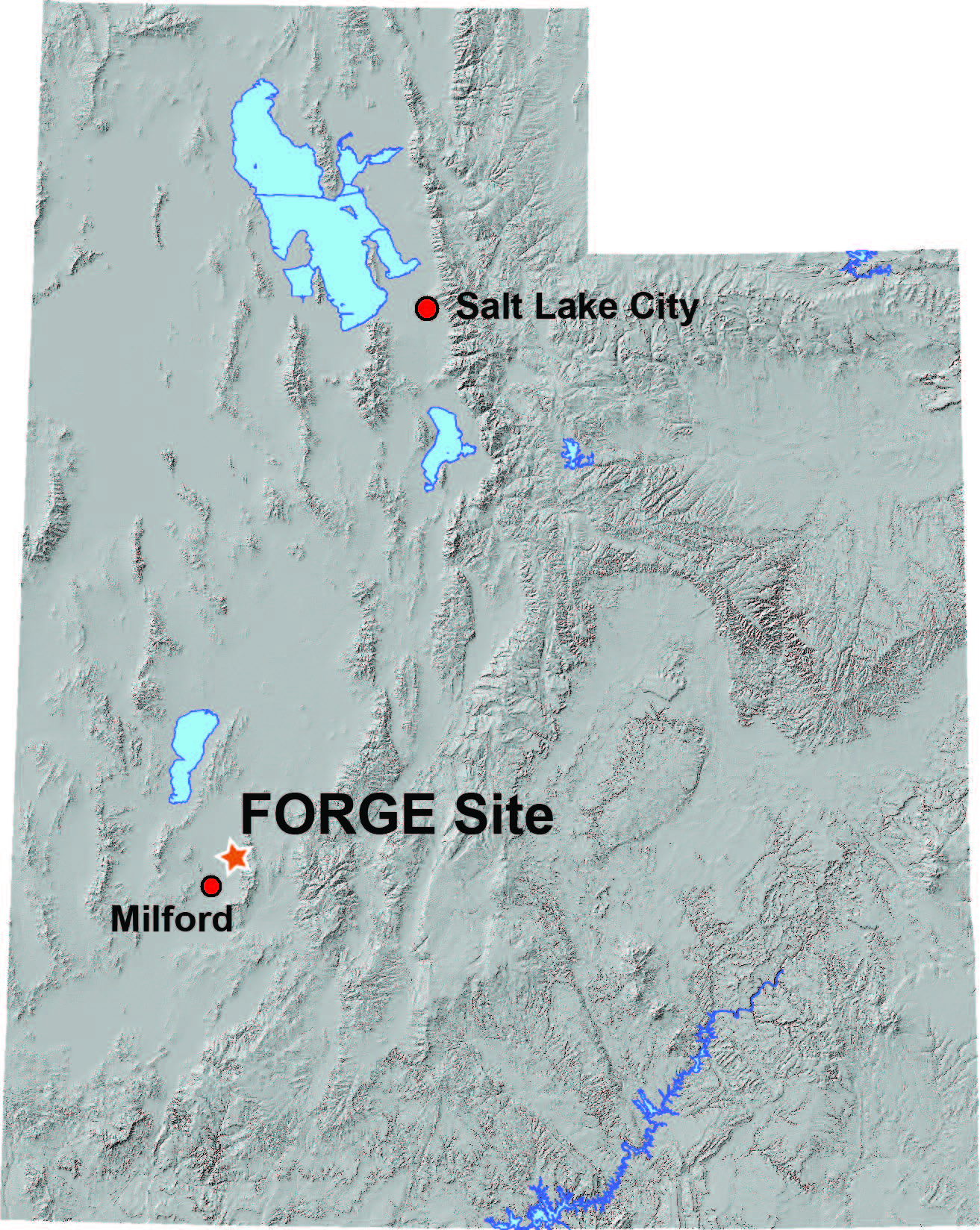 “We thank the U.S. Department of Energy for this exceptional opportunity,” said John McLennan, co-principal investigator of Utah’s FORGE team. “Having this research program in Utah would not have been possible without the support and encouragement of Utah Governor Herbert; Dr. Laura Nelson, the Governor’s Energy Advisor; the Office of Energy Development; the Utah School and Institutional Trust Lands Administration; and the Utah congressional delegation in Washington. We appreciate the assistance that we have received from State representatives and from Beaver County and from Milford. At the University, strong support has come from the President of the University and the central administration as well as from the College of Engineering and the Energy & Geoscience Institute.”

“Utah is proud to provide national leadership in advancing energy innovation that will help drive affordable, baseload, renewable power to market,” said Gov. Gary R. Herbert, in a statement from the Governor’s Office of Energy Development. “This will put Utah on the map as a world leader for geothermal research as well as expand geothermal production here in rural Utah and throughout the world.”

“The University of Utah is grateful for Senator Orrin Hatch’s leadership and his tireless efforts to advance important scientific research,” said University of Utah President Ruth Watkins, in a statement from Hatch’s office. “Because of his efforts to help secure this FORGE grant, the University  of Utah will continue to lead the Nation as the preeminent institution for researching the commercial production of geothermal energy.” 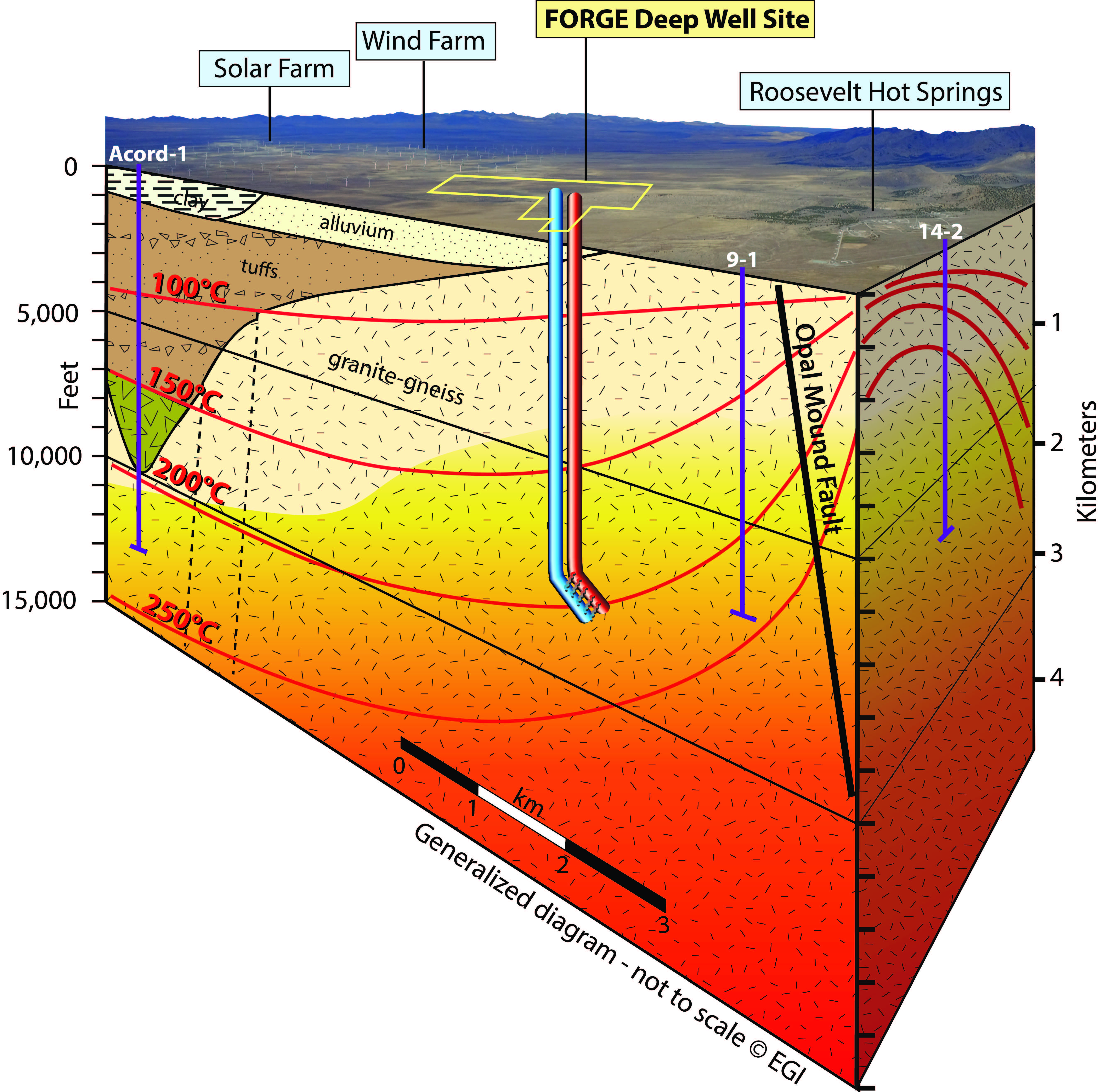 Subsurface characteristics of the FORGE site near Milford, UT.

The FORGE project involves drilling two 8,000-ft long wells in an area north of Milford, Beaver County, Utah. Cold water will be pumped into one well and heated by the rocks as it circulates, then will be pumped out of a second well. After the heat is extracted at the surface, the cooled, circulated water will be cycled back into the first well. The laboratory will use non-potable groundwater that cannot be used for agriculture or human consumption.

Read the release from the Governor’s Office of Energy Development here.

Read more about the project at forgeutah.com or here. 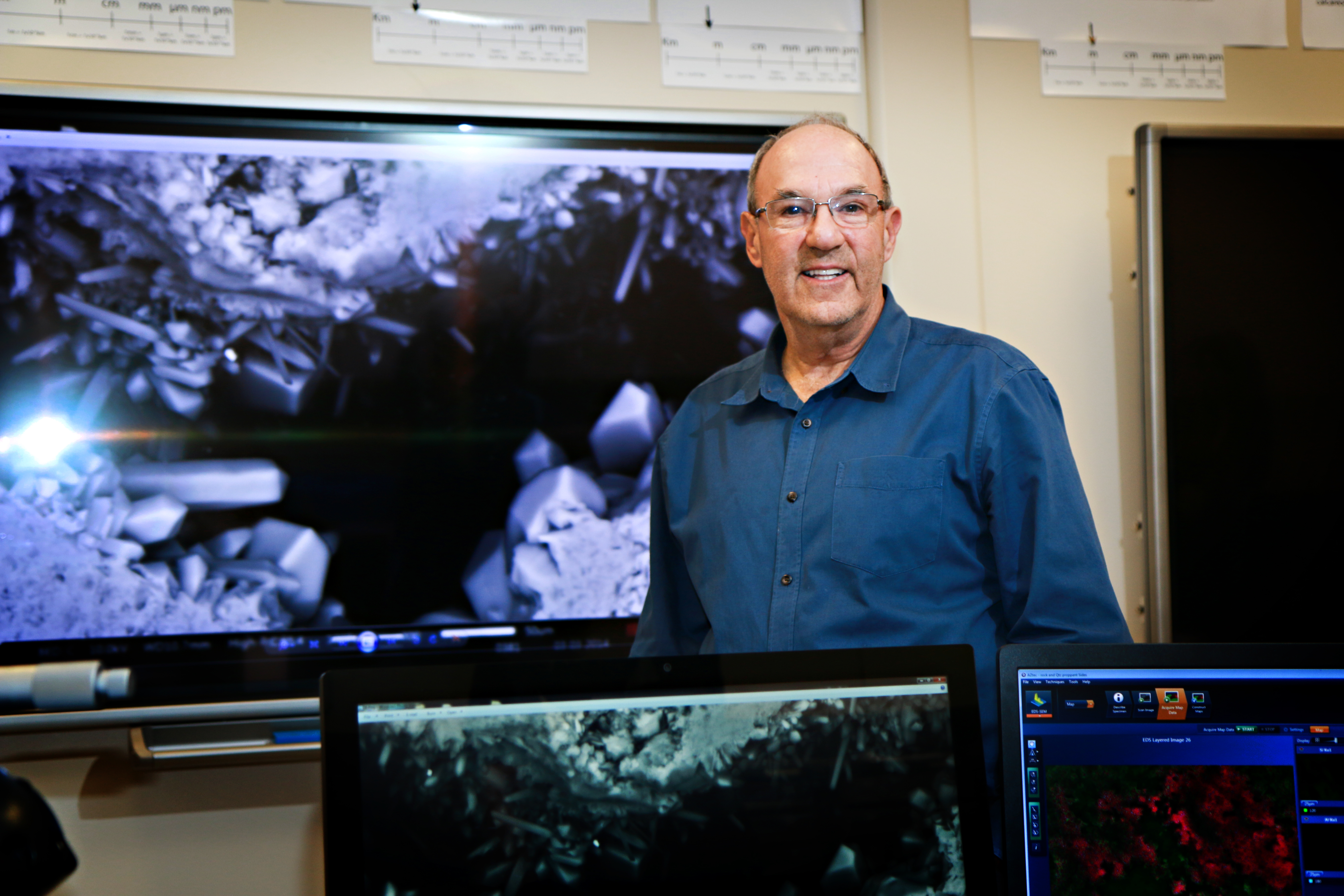 Learn more about the FORGE project in this video, featuring University of Utah President Ruth Watkins, Governor Gary Herbert, and key members of the FORGE team at EGI.