University of Utah mathematician Christopher Hacon and three colleagues have won an American Mathematical Society prize for best research study – an honor so prestigious that it is awarded only once every three years.

“It’s definitely a big deal, and it’s great they chose to recognize my field of research,” Hacon, who studies algebraic geometry, said today after it was announced that he was one of four winners of the 2016 American Mathematical Society E.H. Moore Research Article Prize. 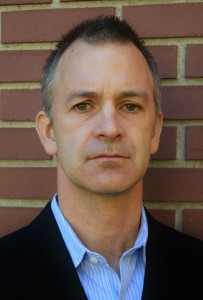 Christopher Hacon, distinguished professor of mathematics at the University of Utah.

This is only the latest in a series of honors for Hacon. He was named a Simons Foundation Investigator in 2012. A year earlier, he won Italy’s top math honor, the Antonio Feltrinelli Prize in Mathematics, Mechanics and Applications. In 2009, Hacon and McKernan received the American Mathematical Society’s Frank Nelson Cole Prize in Algebra. In 2007, Hacon was among five mathematicians honored with a Clay Research Award for “major breakthroughs in mathematics research.” He was awarded a prestigious American Mathematical Society Centennial Research Fellowship during the 2006 academic year.

Below is the American Mathematical Society news release on Hacon’s latest honor.

The work of these four authors is in algebraic geometry, a branch of mathematics that investigates connections between numbers and shapes. A central notion is that of an algebraic variety, which is the solution set of a collection of polynomials. That solution set can be thought of as a geometric object, and the main motivation is to understand how the algebraic properties of the polynomials translate into geometric properties of the corresponding algebraic variety.

The “minimal model program”, which grew out of the work of Shigefumi Mori (Fields Medal, 1990) and others, has stimulated a great deal of research in algebraic geometry over the past 30 years. The aim of the program is to find a way of classifying algebraic varieties by finding representations of them that are in some sense the best, or simplest, representations. (See “What is a Minimal Model?” by János Kollár, Notices of the AMS, March 2007.)

Birkar, Cascini, Hacon, and McKernan made a major stride in advancing the minimal model program. The article cited above, together with its companion “Existence of minimal models for varieties of log general type II” by Hacon and McKernan, which appeared in the same issue of the Journal of the AMS, transformed research within the minimal model program. “Experts agree that the article together with its companion mark a watershed in algebraic geometry,” the prize citation says.

Presented every three years, the Moore Prize is awarded for an outstanding research article that appeared in one of the AMS primary research journals in the previous six years. The prize will be presented on Thursday, Jan. 7, 2016, at the Joint Mathematics Meetings in Seattle.