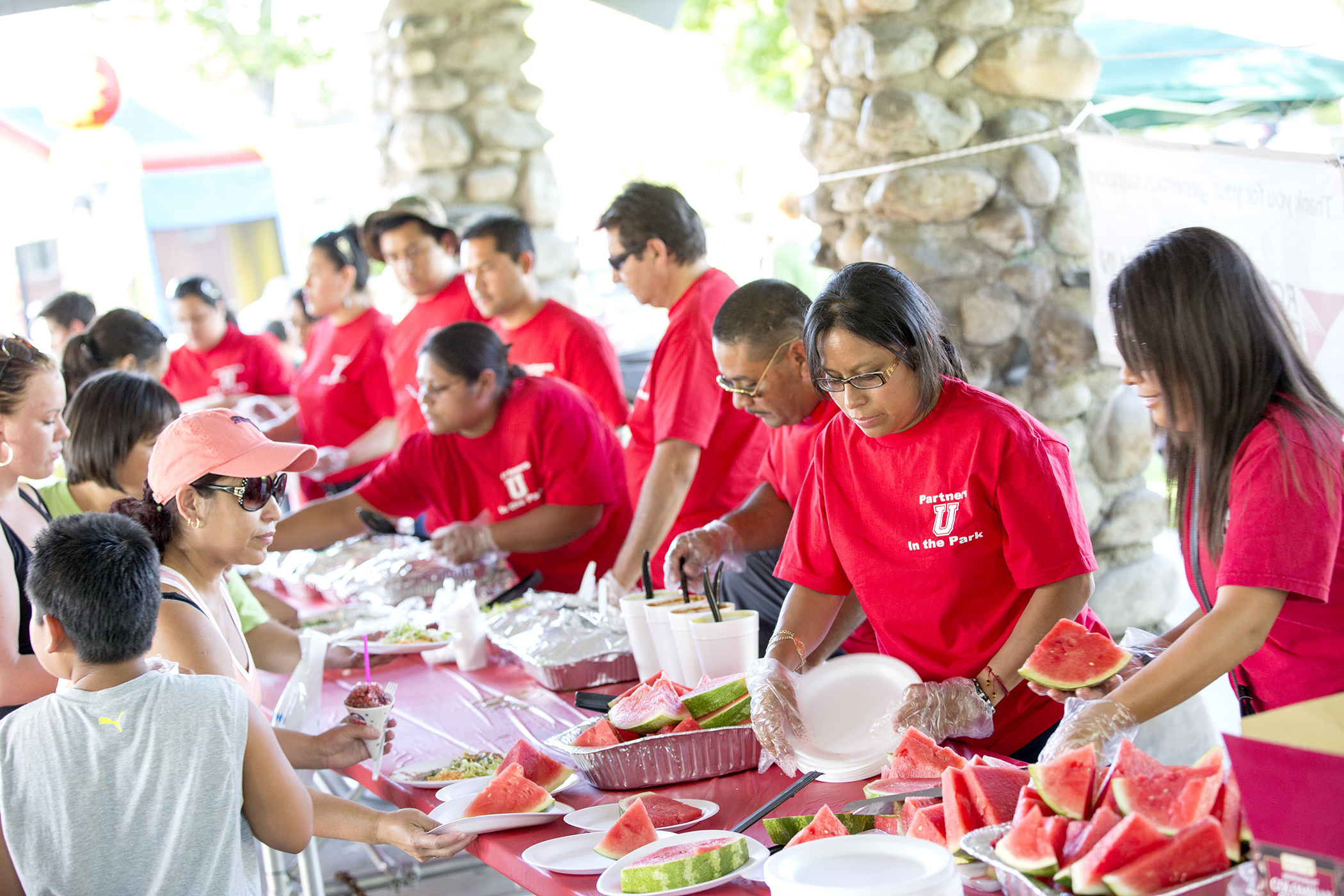 University Neighborhood Partners at the University of Utah celebrates the college graduation of 296 west Salt Lake residents at its first Partners in the Park event of the season — June 21, 6 p.m., at Jordan Park, 1060 S. 900 West. 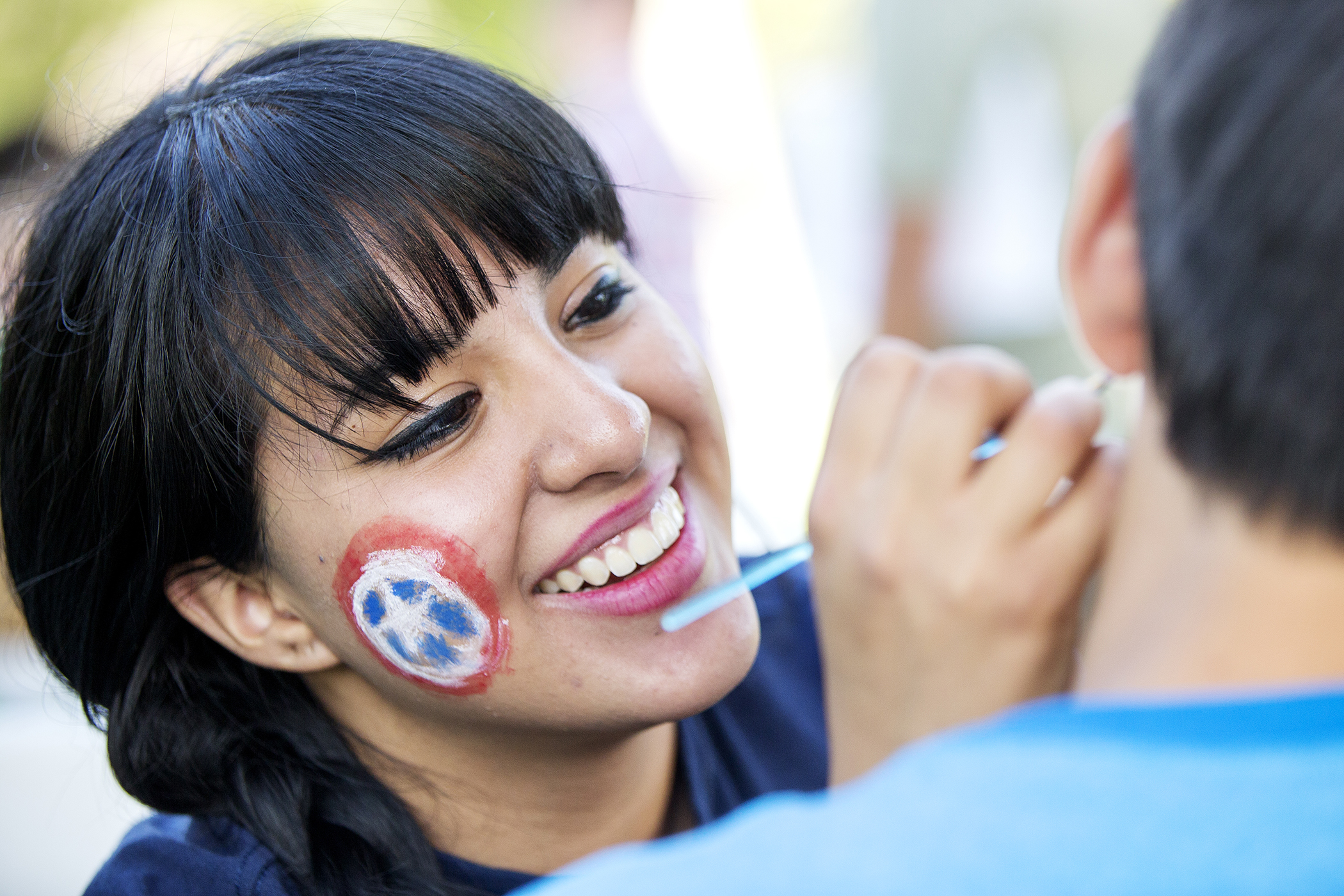 University Neighborhood Partners began in 2001 to connect west Salt Lake residents with higher education in mutually beneficial partnerships — providing opportunities to residents and insights and experience to researchers and students. This year celebrates the largest group of U and Salt Lake Community College graduates from the area since UNP began.

Partners in the Park is an annual event series for west Salt Lake residents that includes a free picnic dinner, crafts, raffles, music, face painting and information tables to connect residents with university departments and community organizations. At the kick-off event, 10 scholarships will be awarded, with most going to current or past residents of west Salt Lake City who are high school seniors, have earned a GED diploma, are freshmen undergraduate students or students transferring from a community college to a four-year institution, and who have been involved with UNP partnerships or volunteered with UNP or other west side community partners.

Nearly all of the recipients are first-generation college students, and many are immigrants or from refugee backgrounds.

“While the total population of the area hasn’t grown dramatically since UNP began, the number of college graduates from the U has increased from 23 in 2001 to 192 in 2016,” said Sarah Munro, director of UNP. “Having graduates in the community who are role models to the next generation is invaluable.”

The five-week Partners in the Park program schedule follows:

Jelani Aboud Athumani fled Somalia with his family as a child and began his education at a rural primary school in Kenya. His inspiring educational journey took him first to the University of Nairobi where he earned a bachelor’s degree in education, and then Malaysia to pursue a master’s degree in educational management and leadership. This was interrupted when he received an immigrant visa to join his wife in the U.S. He is now a graduate student at the U and serves the community by working as a mentor at the Somali Youth Center, serving as a board member of the East African Refugee Goat project, helping to facilitate the UNP Hartland Youth Leadership Group, working as a teaching assistant at the U and more.

Enoabasi Aniekan Etokidem immigrated from Nigeria to the U.S. at the age of 7 and grew up in New York City. In spite of numerous financial and emotional hurdles, she is on her way to becoming a pediatric oncologist. She plans to graduate from the U with a bachelor’s degree in health society and policy with minors in chemistry and integrative human biology and then go on to the U’s School of Medicine. In addition to demanding work in pediatric lab and as a nursing assistant, she is also a volunteer for the Road Home and the Maliheh Free Clinic and holds a variety of student leadership positions. Her long-term goal is to return to Nigeria, where she will establish education and health programs in rural areas.

Yessenia Tomasa Sontay was inspired by her parents to take education seriously and graduated from Highland High School with a 3.8 GPA. She is currently working toward a degree in elementary education with a minor in sociology from the U. She hopes to continue on to receive a master’s degree in educational leadership and policy or a doctoral degree in order to become a professor. She joined the Beacon Scholars program at the U during her freshman year and continues to be involved in her community. She is an after school leader at Glendale Middle School, where she works with sixth graders and is one of the founders of Utah Dreamers Advising Corps, which advises and empowers undocumented students.

Cristian Cortes will begin attending the U in the fall as a business major. He excelled in high school and was involved in AVID and the Clemente program, as well as many extracurricular activities. During his senior year, he was East High’s student representative to the Salt Lake City School District executive board and developed leadership skills that he hopes will help him inspire other undocumented students.

Regina Wesseh came to the U.S. at age 8 after living in a refugee camp in Liberia for several years. She began school unable to speak English, but was determined to get an education because her mother never had that opportunity. She will soon become a mother herself. She graduated from East High in the spring and plans to attend Salt Lake Community College in the fall. During high school, she participated in a variety of sports and clubs. She was vice president of the Imani Club, where she helped fundraise and plan events. She has also been very involved with the UNP Hartland youth center as part of the Youth Leadership Group and the dance program. She helped teach younger students to dance and has performed many times in the community, including at Partners in the Park.

Though she was only 3 years old at the time, Itzel Berenice Nava still remembers crossing the desert to leave Mexico with her family. As a student at East High School, she challenged herself by participating in AVID and taking many advanced placement classes. She is a member of Mestizo Arts and Activism, a volunteer coach for the Utah Development Academy’s futbolito season and a volunteer for Big Brothers Big Sisters. She will attend the U in the fall in pursuit of a career in social work or social justice.

Jasmine Consuelo Montoya was inspired by her mother to become a volunteer in the community at a young age and has already made a significant impact. She has been most involved at Mountain View Elementary and Glendale Middle School, where she has helped with days of service, helped younger students with homework, taught cooking classes and served as a teacher’s assistant. She will fulfill her dream to be the first in her family to attend college in the fall when she begins classes at Salt Lake Community College. She hopes to pursue a career in social work.

Dulce Cecilia Hernandez recently graduated from West High School and will attend Salt Lake Community College in the fall. She has a passion for working on cars and aspires to become a leading female technician after earning a degree in automotive technology. She has volunteered at Partners in the Park for the past six years and serves 20 hours per week as a community builder for NeighborWorks Salt Lake, helping to make her community safer and more beautiful.

Bettsy Harely Romo enrolled in concurrent classes at Salt Lake Community College while a student at East High School. This fall she will begin classes at the U, where she will major in biochemistry with the goal of becoming a pediatrician. In addition to her studies, she has volunteered at Neighborhood House and Glendale Middle School and is vice president of a club that promotes community service in the Latino community.

Ana Jenny Fernandez challenged herself academically during high school by participating in AVID, Clemente and many advanced placement classes at East High School. She also challenged herself in other ways, lettering in debate and joining the wrestling team, where she was the only girl. In addition to excelling in school, she volunteers for Comunidades Unidas with her mother and has participated in many Partners in the Park events. She plans to attend the U in the fall, where she will major in communication in order to prepare for a career in law. 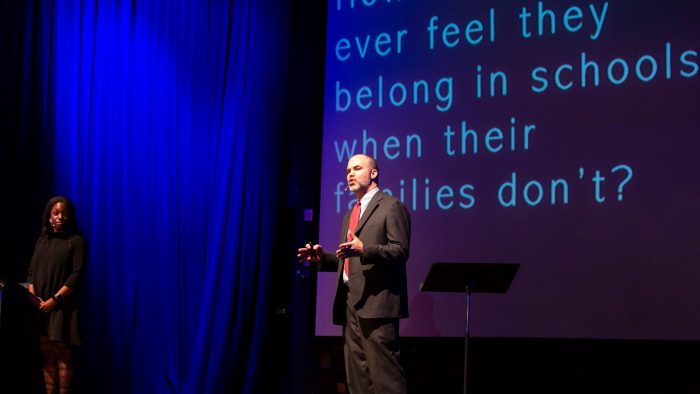 Building a sense of belonging in Utah schools
December 2, 2019