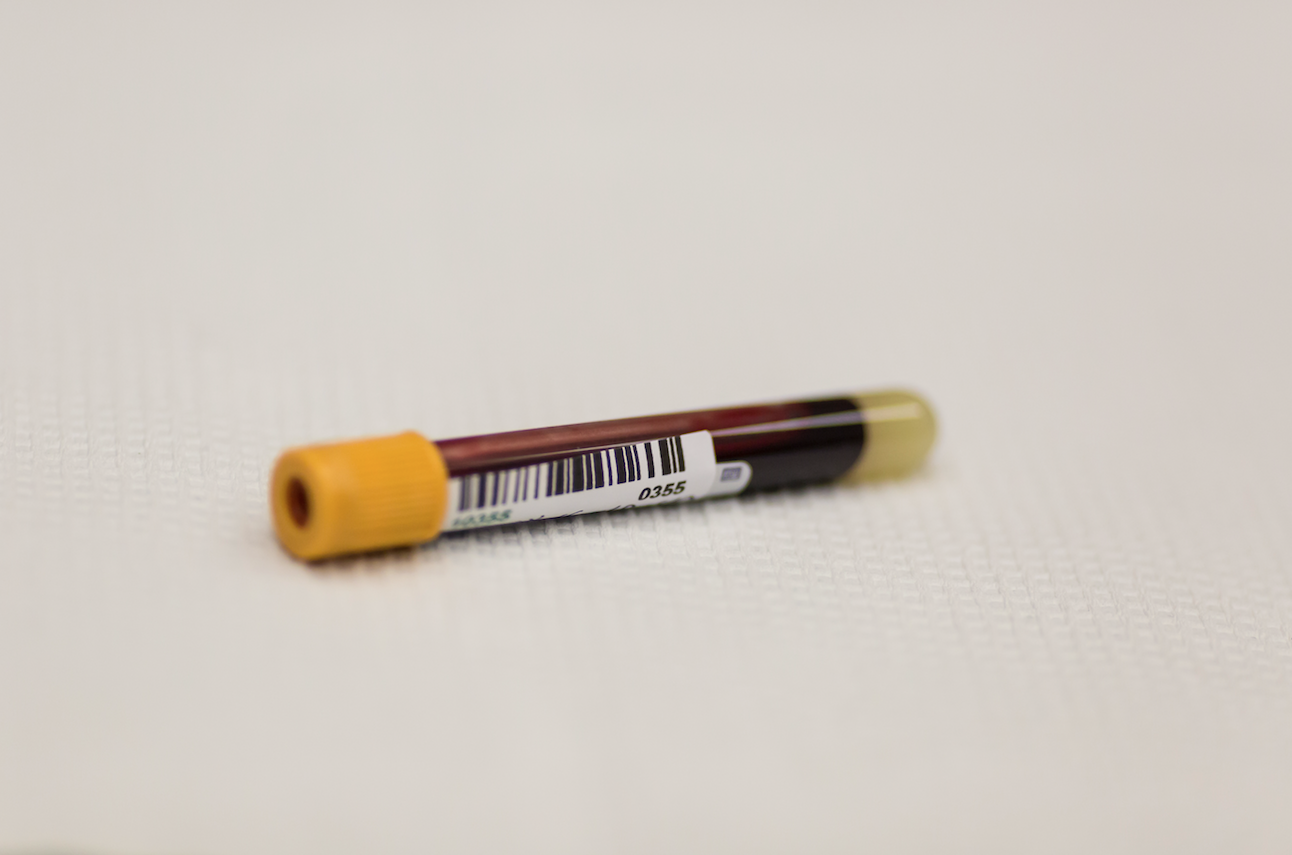 United States Olympic and Paralympic athletes and staff who traveled to Rio de Janeiro, Brazil, for the 2016 Summer Games did not become infected with Zika virus but did test positive for other tropical, mosquito-borne viral infections, including West Nile Virus, Dengue Fever and Chikungunya. Results from the University of Utah Health-led study was reported at IDWeek, a national infectious disease conference being held in San Diego.

None of the infected travelers became seriously ill, say the study’s investigators. But the findings are a reminder that amidst the frenzy over Zika, travelers were also susceptible to other, long-standing public health risks that did not receive the same level of scrutiny. 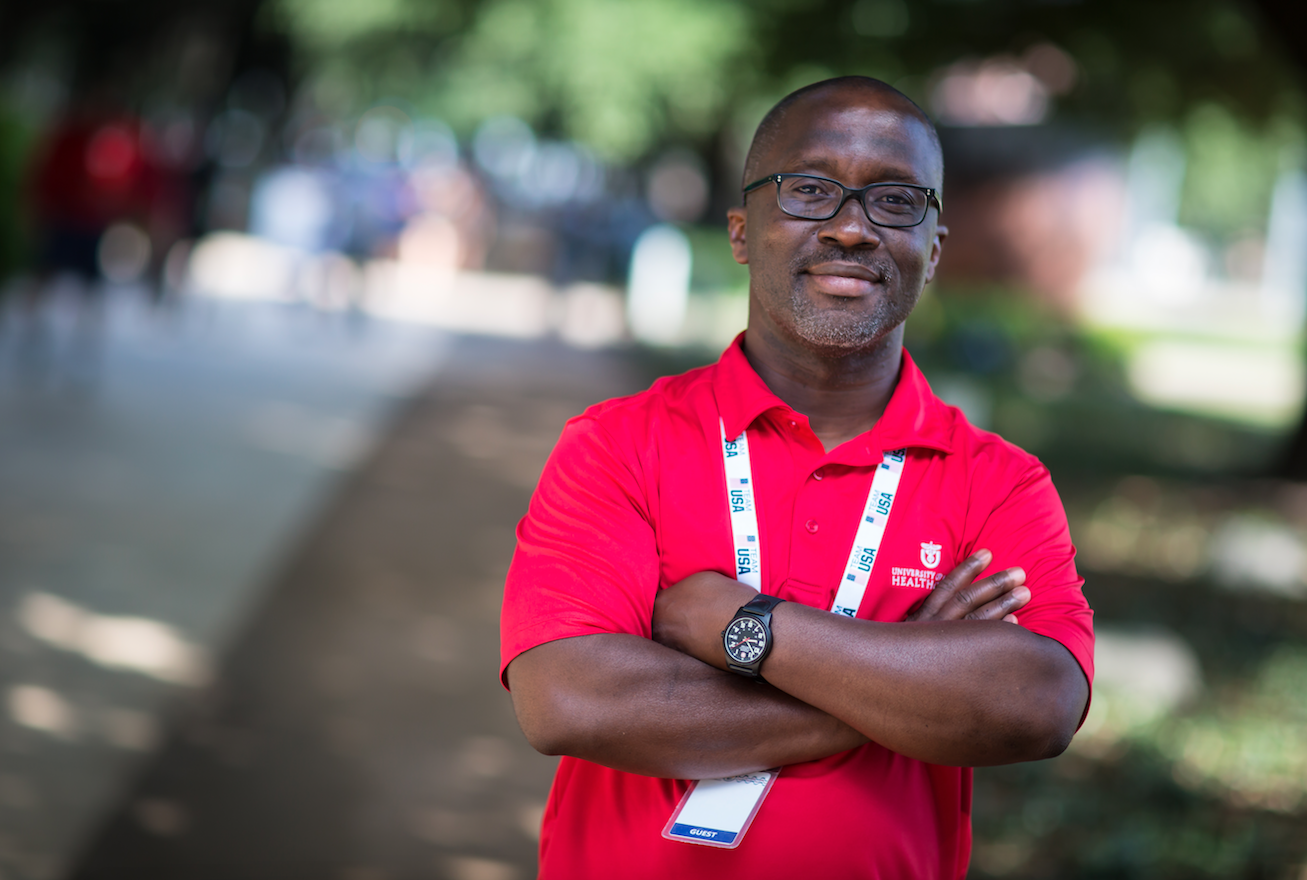 “Everyone was concentrating on Zika and ignoring that there could be other infections caused by mosquito bites. We did not expect to find so many with these other infections,” says U of U Health infectious disease specialist Krow Ampofo, who presented the study’s results on Oct. 7. “That is one of the reasons why we think that being vigilant about monitoring for infectious diseases after travel to at-risk areas is so important.”

Other sources have indicated that there were no Zika cases reported during the Rio Olympics. But the U of U Health investigation is the first to examine a large cohort for viruses that cause other tropical infectious diseases.

Of the 457 athletes and staff who provided blood samples after returning from Brazil, testing found that 32 (7 percent) had become infected with mosquito-borne viruses while abroad. Twenty-seven had West Nile Virus, three had Chikungunya, and two had Dengue. None had signs of Zika.

Twelve of the individuals who tested positive filled out post-travel surveys. From those, only three – two with Chikungunya and one with West Nile Virus – reported having symptoms that can include body aches and rash. Symptoms emerged within two weeks after travel and resolved shortly thereafter.

“We were thrilled that there were no cases of Zika,” says lead investigator Carrie Byington, who began the study while at U of U Health and is now at Texas A&M Health Science Center. “One of the reasons we think that post travel diagnostics is really important is because multiple things can cause a similar picture and it’s important to know what you had.” 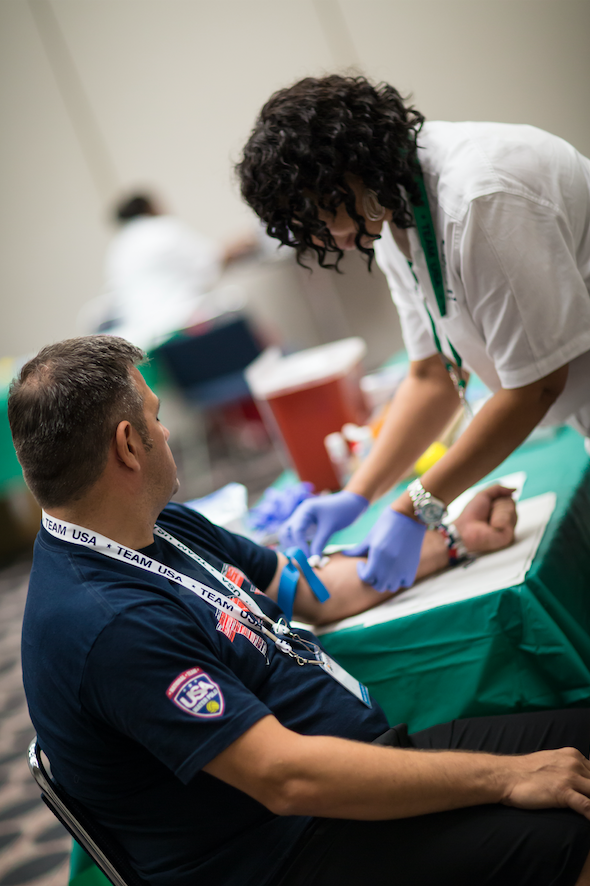 Blood samples were collected from U.S. Olympic and Paralympic athletes and staff before and after they traveled to the 2016 games in Rio de Janeiro, Brazil.

In general, most people infected with one of the other three viruses tested in the study – West Nile Virus, Chikangunya or Dengue – either had no symptoms or, when ill, had mild symptoms. In rare cases, these infections can be severely disabling or lethal.

At the time the study began, organizers were particularly concerned about Zika, which can also spread through sexual transmission and cause debilitating birth defects in unborn babies.

The 2016 Olympic and Paralympic Summer Games were held not long after the height of the Zika epidemic. The U of U Health study was mounted as a rapid response to monitor the health of U.S. athletes and staff traveling to Brazil, the epicenter of the outbreak. Of the estimated 2,000 travelers, 950 enrolled in the study, and just under half submitted samples for testing upon return. Participants who tested positive were sent letters explaining their results and recommending they consult with their health care provider.

“We all had our Hollywood sunglasses on, and they blinded us to other possibilities,” says Marc Couturier, a medical director at ARUP Laboratories who led the testing. “We can’t forget that West Nile Virus has been around for a while, and is still here.”

Funding was provided by the National Institutes of Health.

University of Utah Health is the state’s only academic health care system, providing leading-edge and compassionate medicine for a referral area that encompasses 10% of the U.S., including Idaho, Wyoming, Montana and much of Nevada. A hub for health sciences research and education in the region, U of U Health touts a $291 million research enterprise and trains the majority of Utah’s health care professionals at its Schools of Medicine and Dentistry and Colleges of Nursing, Pharmacy and Health. Staffed by more than 20,000 employees, the system includes 12 community clinics and four hospitals — University Hospital; University Neuropsychiatric Institute; Huntsman Cancer Hospital; and the University Orthopaedic Center. For eight straight years, U of U Health has ranked among the top 10 U.S. academic medical centers in the rigorous Vizient Quality and Accountability Study, including reaching No. 1 in 2010 and 2016.

ARUP Laboratories is a national reference laboratory with more than 90 medical experts who are available for consultation. These experts are faculty at the University of Utah School of Medicine and many participate in care teams at the Huntsman Cancer Hospital and Primary Children’s Hospital. In addition, ARUP is a worldwide leader in innovative laboratory research and development, led by the efforts of the ARUP Institute for Clinical and Experimental Pathology®. ARUP is ISO 15189 CAP accredited.

U of U Health-Produced Film One in a Million Premieres during Sundance Film Festival
February 1, 2019