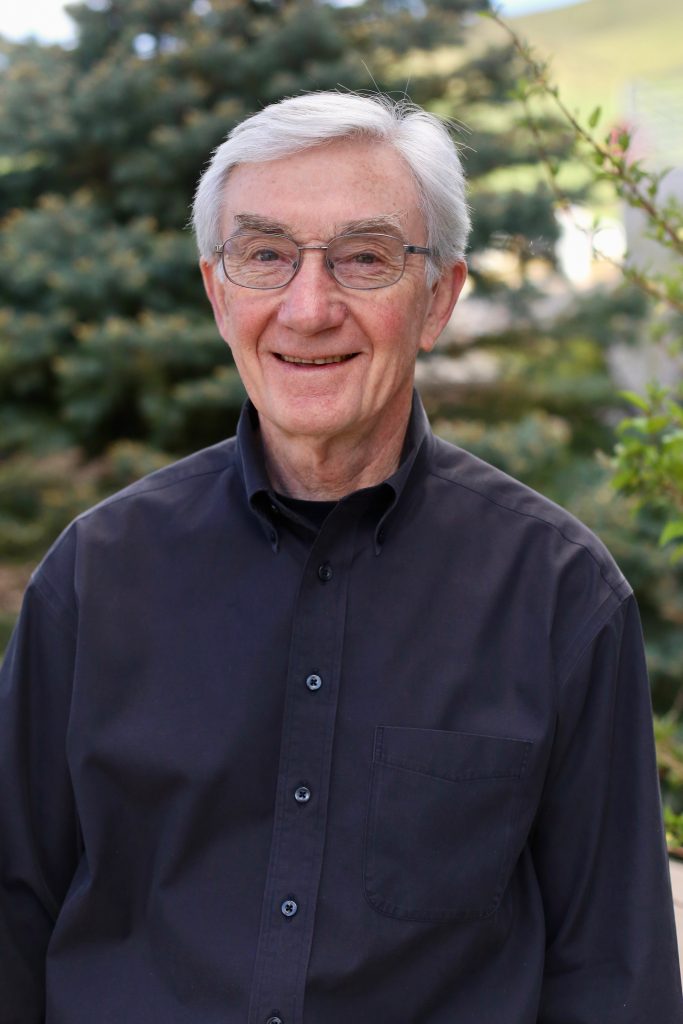 Distinguished professor of biochemistry Dana Carroll, who has devoted much of his career to developing precise genome editing platforms, received one of the highest honors in science today when he was elected to the prestigious National Academy of Sciences.

Carroll is among 84 U.S. scientist-scholars and 21 foreign associates elected by the academy in 2017, headquartered in Washington, D.C. He joins 2,289 active members and 475 foreign associates who have received this prestigious honor.

Carroll was surprised to receive numerous phone calls from friends in the early hours of the morning to congratulate him on this honor. “Holy smokes!” Carroll said. “I knew I had been nominated, but I didn’t know how close it was.”

Carroll joined University of Utah Health in 1975. He began working on genome editing platforms 21 years ago and claims the title of the first scientist to develop the zinc-fingered nucleases (ZFNs) — chemical scissors that cut DNA at specific sites — as a tool for genome engineering. His curiosity in the application of ZFNs as a way to manipulate genes arose from his interest in DNA recombination and repair.

“The election of Dr. Dana Carroll into the National Academy of Sciences following his recent election into the American Academy of Arts and Sciences affirms the impact of his research to science,” said University of Utah Vice President for Research Andrew Weyrich. “His groundbreaking genome editing technology that was developed at the U has been used to modify the genomes of more than 80 organisms. I am elated that he has been recognized for his continued dedication and contribution to research and science.”

Carroll’s storied career, which included 24 years as chairman of the U’s Department of Biochemistry until he stepped aside in 2009, is credited with advancements that have led to dissecting gene function, engineering disease- and drought-resistant (or hardy) crop plants, and correcting genetic diseases in people.

“CRISPR, which works in much the same way as the original ZFNs, is a direct outgrowth of what we started,” said Carroll as he reflected on advancements in the field during the past two decades. “It is exciting to see the tools getting better and better and the approaches getting easier.”

While other scientists are now applying genome editing tools to make or correct mutations, Carroll wants to take a step back and peer into the cell to figure out what is happening. “Right now, I am interested in the mechanism that allows these tools to work rather than their application,” he said.

Carroll has received the 2017 election to membership in the American Academy of Arts and Sciences, the 2012 Edward Novitski Prize from the Genetics Society of America and the 2014 Herbert Sober Lectureship from the American Society of Biochemistry and Molecular Biology. He also received the 2016 Distinguished Innovation and Impact Award from the University of Utah.

“Dr. Carroll’s pioneering work has enabled researchers to engineer specific changes to target genes of many different organisms to define gene functions, improve agricultural products by engineering new traits, and it will ultimately help us to correct human genetic diseases,” said Wesley I. Sundquist, co-chair of the Department of Biochemistry at the U.

“Working at the U for the past 42 years has been a wonderful experience,” said Carroll. When he arrived, the university was only beginning to expand into the fields of molecular and cellular biology. “It has been exciting to be part of the growth of biological, molecular and structural research and to be in a position to help influence the direction of the institution.”

He credits much of his success to the talented men and women who have worked in his lab throughout the years.

“They have been instrumental in helping advance this technology, and I am grateful for all of their work through the years,” Carroll said.