The University of Utah has selected Rodney Chatman as the new chief of police of the Department of Public Safety.

Chatman, currently executive director of public safety and chief of police at the University of Dayton in Ohio, will assume his role on Feb. 17, 2020. He will report to Marlon C. Lynch, the U’s newly hired chief safety officer.

“Rodney is an experienced law enforcement leader who has a deep understanding of campus policing,” said Ruth V. Watkins, president of the University of Utah. “He is committed to best practices, community engagement and relationship building and is the ideal candidate to lead and guide change in our Department of Public Safety. Rodney is particularly recognized for effectiveness in building partnerships with students to enhance safety.”

An outside search firm hired by the U received more than 50 applicants for the chief of police position. Fourteen candidates were presented to the U’s search committee, which then interviewed six applicants before narrowing the pool to three finalists. The finalists met with various campus stakeholders and participated in open campus forums in December. 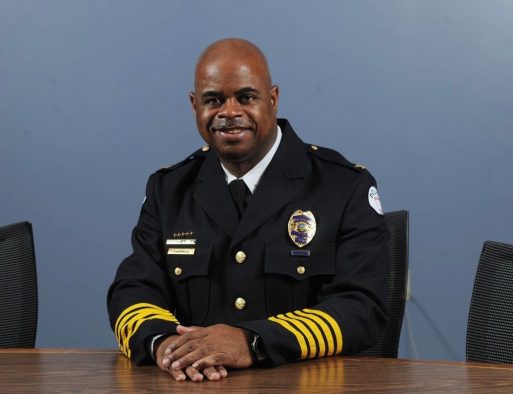 The University of Utah has selected Rodney Chatman as the new chief of police.

At the University of Dayton, Chatman oversees police, parking, emergency response and emergency medical service. Chatman previously served as a police officer and then captain at the University of Cincinnati, where he supervised a staff of nearly 100 police, security and emergency communications personnel. At Cincinnati, Chatman also was a liaison to the Threat Assessment Team, the Student of Concern Committee and the Bias Incident Response Team.

Chatman’s prior experience includes service as a police officer for the cities of Silverton and St. Bernard in Ohio. At St. Bernard, he also spent four years as the safety director, overseeing the city’s fire and police departments while simultaneously serving at the University of Cincinnati.

“My ultimate goal as chief is to build trust between the police and the community—staff, faculty and particularly students,” Chatman said. “It will be vital to hear specific concerns and understand what success looks like from their perspective. Students need to know that the police chief wants to hear their voice and wants to begin the process of healing from past and present hurts.

“I also am looking forward to meeting with members of the Department of Public Safety, which has talented men and women doing great work,” Chatman said. “I want to build on that. We will work together to create a positive, responsive culture and strategize how to positively affect change that will draw accolades on campus, in the community and across the nation.”

Chatman’s addition is a significant step as the U continues to evolve its approach to campus safety, said Lynch, who was involved in the final selection process.

“Chief Chatman has shown the ability to become a credible and trusted member of the communities that he has served,” Lynch said. “He has aIso proven to be a quality leader of police personnel. Both traits will be assets as we move towards implementing the President’s Task Force on 21st Century Policing methods, a national initiative, with a focus on engaging our community as collaborative partners. I am looking forward to working with Rodney as a member of our Department of Public Safety leadership team.”

“Safety is at the forefront of students’ minds and I believe the U has selected the perfect individual for this role,” Martinez said. “Chief Chatman is not only passionate about keeping the public safe, but also about positively influencing the lives of those he strives to keep safe.

“I think students will be excited about Chief Chatman’s strong interest in improving our campus police force and the all-around safety on our campus,” Martinez said. “I believe he will also expect students to assist in building that strong relationship. I am confident that students at all levels will come to see the U’s police department as a true resource.”

Chatman has bachelor’s and master’s degrees in criminal justice from the University of Cincinnati. He has completed numerous leadership training programs as well as the FBI’s National Crisis Negotiation Certification course.