when it comes to street life 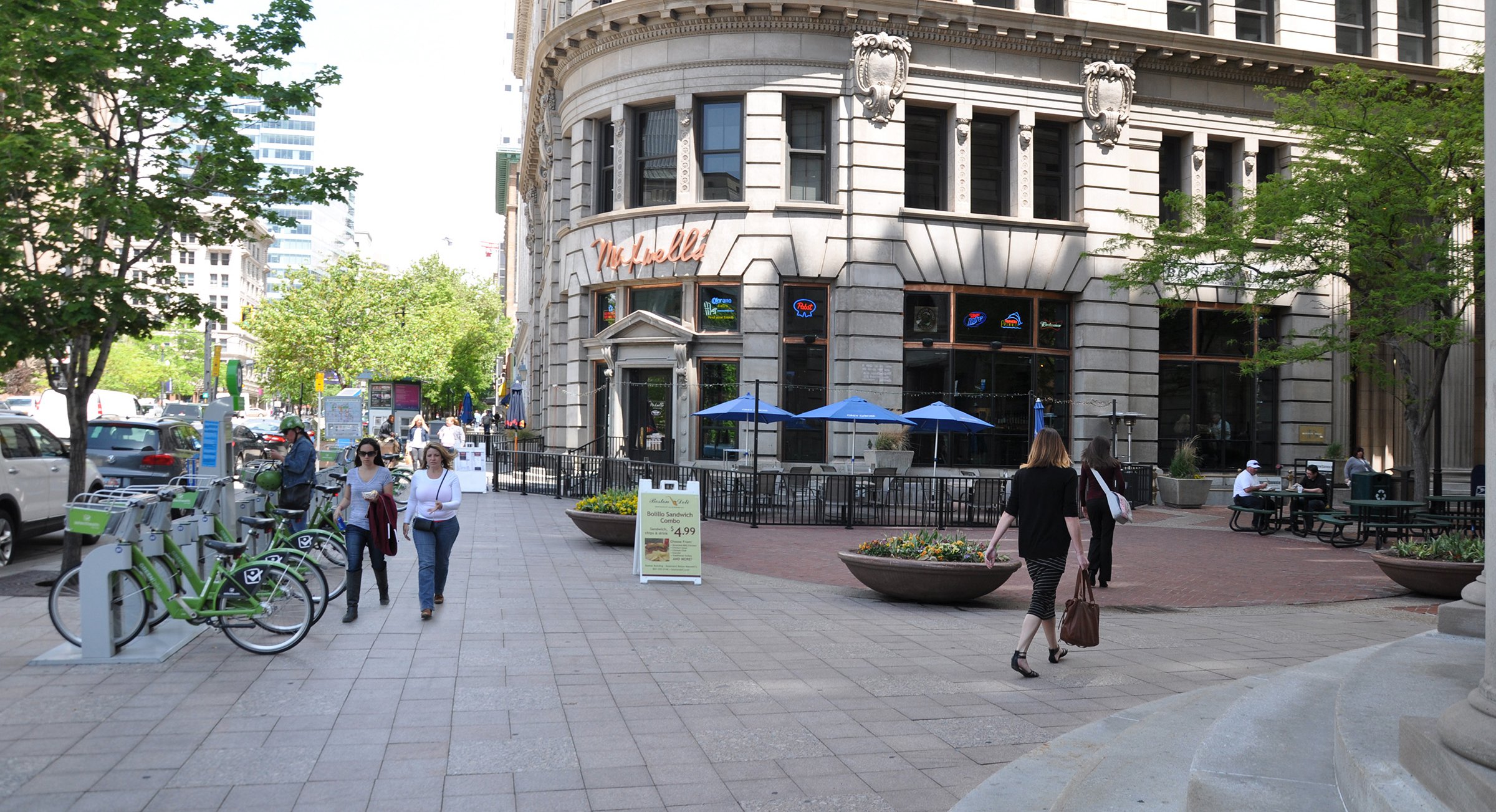 For the first time, researchers in a mid-size city have shown that pedestrian activity increases when streets have classic urban design qualities and elements such as windows overlooking the sidewalks, small and uniform building setbacks, courtyards, outdoor dining and buildings with identifying elements.

In the study, published in the Journal of Urban Design, researchers at the University of Utah measured the urban design qualities of 179 block faces in downtown Salt Lake City, counted pedestrians on those same streets and then related the design to the number of people. Their analysis shows that pedestrian counts are related to density of development within a quarter mile of a block face.

“This is the first study outside New York City to document important effects of urban design qualities on pedestrian activity,” said Reid Ewing, professor and incoming chair of city and metropolitan planning at the U. “Pedestrian activity is important to create a vibrant downtown, get people out of their cars, and make the public more physically active and healthier.”

Molly Robinson, urban designer for Salt Lake City, confirmed the importance of the links this research makes. “The built environment has the power to activate the public realm, providing a comfortable and safe place for people. Dynamic places like downtown Salt Lake City are supported by thoughtful design that creates an engaging experience for pedestrians first –one that delights and inspires.”

Salt Lake City requires 60 percent transparent glass at the pedestrian level throughout the Central Business District to animate the public realm and promote a high degree of ground-level transparency between indoors and out. The Draft Downtown Community Plan, among other city initiatives, encourages active ground floor uses, frequent building entrances, display windows and street trees to activate sidewalks and provide rhythm to the pedestrian experience.

“These are the basic components of downtown’s overall image,” added Robinson. “Building downtown’s image and identity is fundamental to its competitiveness. Image is what makes downtown memorable and keeps people returning again and again.” 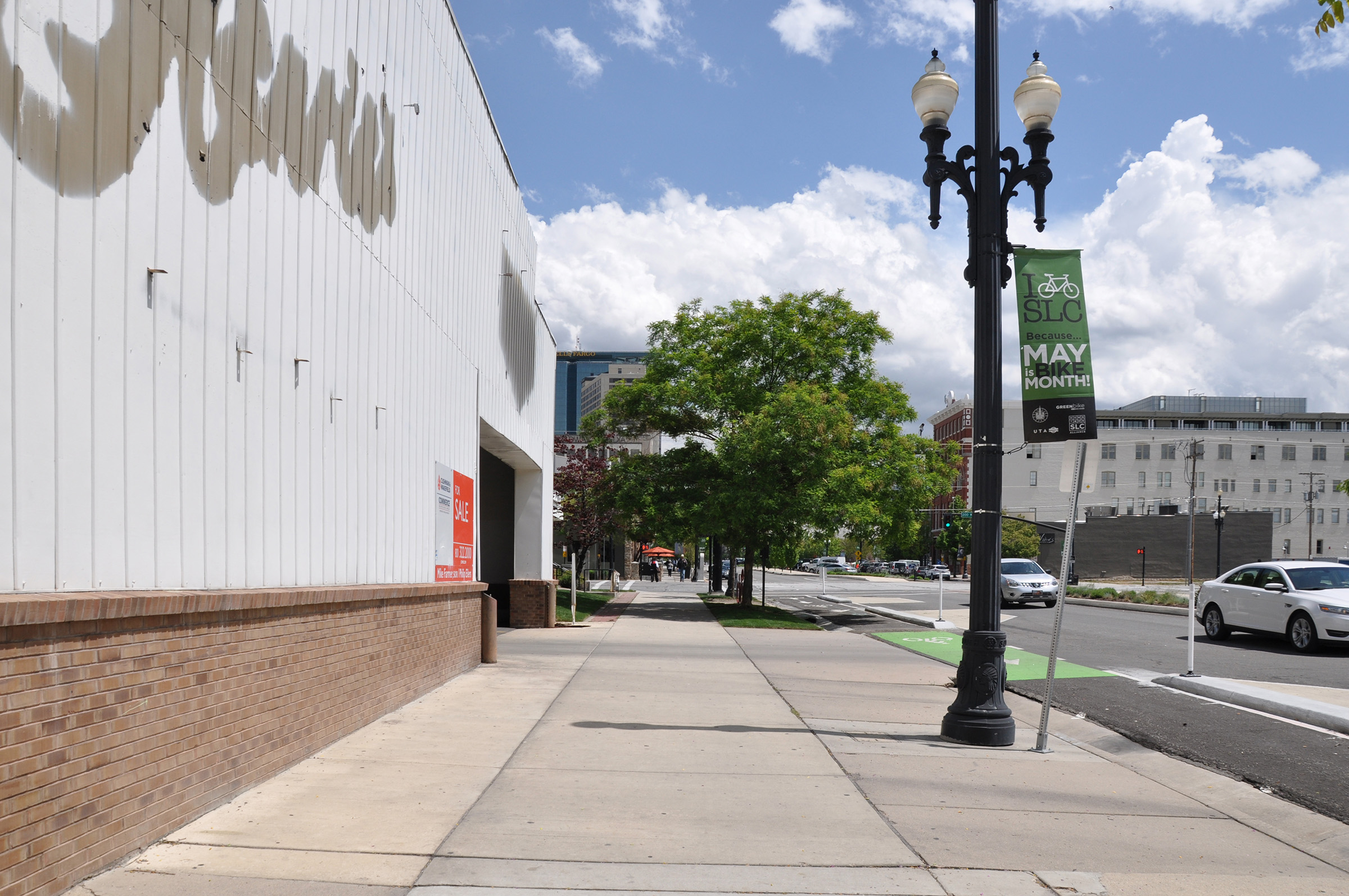 Mayor Ralph Becker commented, “Downtown’s street life is enabled through urban design and grown by the contributions of large and small businesses, by making streets more attractive and welcoming to pedestrians.”

Ewing worked with Hassan Ameli, an intern architect with Prescott Muir Architects; Andrea Garfinkel-Castro, a doctoral student in city and metropolitan planning at the U; and Shima Hamidi, an assistant professor at the University of Texas at Arlington.

How the study was conducted

A research team of graduate students from the University of Utah gathered primary data for this study during the fall of 2012. The study area consisted of 179 block faces located within the Free Fare Zone boundary of downtown Salt Lake City, just under one square mile in land area. Twenty variables were measured for each block face, and these in turn were used to compute five urban design qualities, thought to be important by urban designers but largely unproven to have positive effects on street life. The five qualities are:

In this study, each urban design quality was measured in terms of physical features of the street. The dependent, or outcome, variable explained in this study was the number of pedestrians counted over a 30-minute period for a given block face. Count dates were selected to acquire a representative sample of activity for a ‘typical’ weekday. The count months were September and October, selected to avoid excessively high- or low-temperature days. Additional secondary data were compiled using Geographic Information System software, providing secondary control variables. Regression analysis was used to relate pedestrian counts to the five urban design qualities plus additional control variables such as density within a quarter mile, walk score, and distance to transit. Imageability and transparency both proved to be statistically significant, after controlling for other variables. Other significant variables included population density within a quarter mile, floor area ratio within a quarter mile, intersection density within a quarter mile, Walk Score value, proportion of retail uses along the block face and distance to the closest rail station.