Increased life expectancy and lower mortality rates will dramatically change the demographic make-up of Utah over the next 50 years—best reflected, perhaps, in one statistic from a new policy brief from the Kem C. Gardner Policy Institute.

Other projections in “The Beehive Shape: Provisional 50-year Demographic and Economic Projects for the State of Utah, 2015-2065” also point to an aging Utah, with more senior citizens, a declining birth rate and fewer people per household.

The brief is the first in a series of long-term demographic reports for the state of Utah that are being produced by the institute’s demographic research team led by Pamela S. Perlich.

The Utah Legislature funded the research, which will help state and local agencies prepare for everything from future education and road needs, water usage, social services, health care and home building, Perlich said.

“Understanding the fact that the age structure is becoming much more dominated by those ages 65 years and older, rather than youth, has enormous implications for the future of our state,” Perlich said. “This is the first time we have been able to compare this single year of age and sex population pyramid, including the very elderly. What we see is the pyramid change from one that is a cone shape to one that is much more like a beehive.”

The projections were produced using the Utah Demographic and Economic Model, designed and built by researchers at the institute. The model takes into account state and local economic conditions, fertility, mortality and migration and calculates three sets of projections for high, baseline and low population growth.

“We have the ability to incorporate all kinds of specialized assumptions and data concerning various types of migration, such as student, retirement, LDS missionaries and labor market,” Perlich said. “We produced three scenarios to identify the reasonable ranges for future populations. These are intended to capture the uncertainty that is the unescapable reality of life and projections.”

Next up for the team: county-level projections, which should be completed by July 2017. 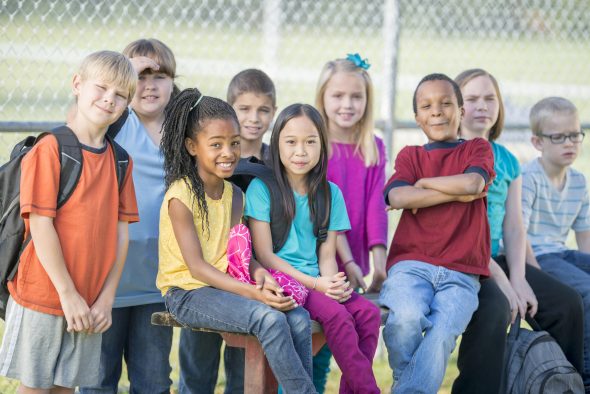 Afterschool programs provide “incredible benefits”—but many Utah youth are missing out on them
January 30, 2019