Computer scientists from the University of Utah will be working with researchers from New York University’s Tandon School of Engineering and the American Museum of Natural History (AMNH) to develop OpenSpace, an open-source 3-D software for visualizing NASA astrophysics, heliophysics, planetary science and Earth science missions for planetariums and other immersive environments. The software also will be developed for use in schools and on home computers.

During a Sept. 12 event at the Hayden Planetarium in the American Museum of Natural History in New York City, an alpha version of OpenSpace will simulate OSIRIS-REx, a mission scheduled to launch this month in which the NASA spacecraft will retrieve an asteroid sample and bring it to Earth.

The University of Utah’s renowned Scientific Computing and Imaging Institute (SCI), which produces simulation software for medical and other scientific applications, along with NYU and the Museum have received a $6.3 million grant from NASA to develop OpenSpace so it can be used by students and families as well as planetarium developers. SCI will get about $1.3 million of the grant. 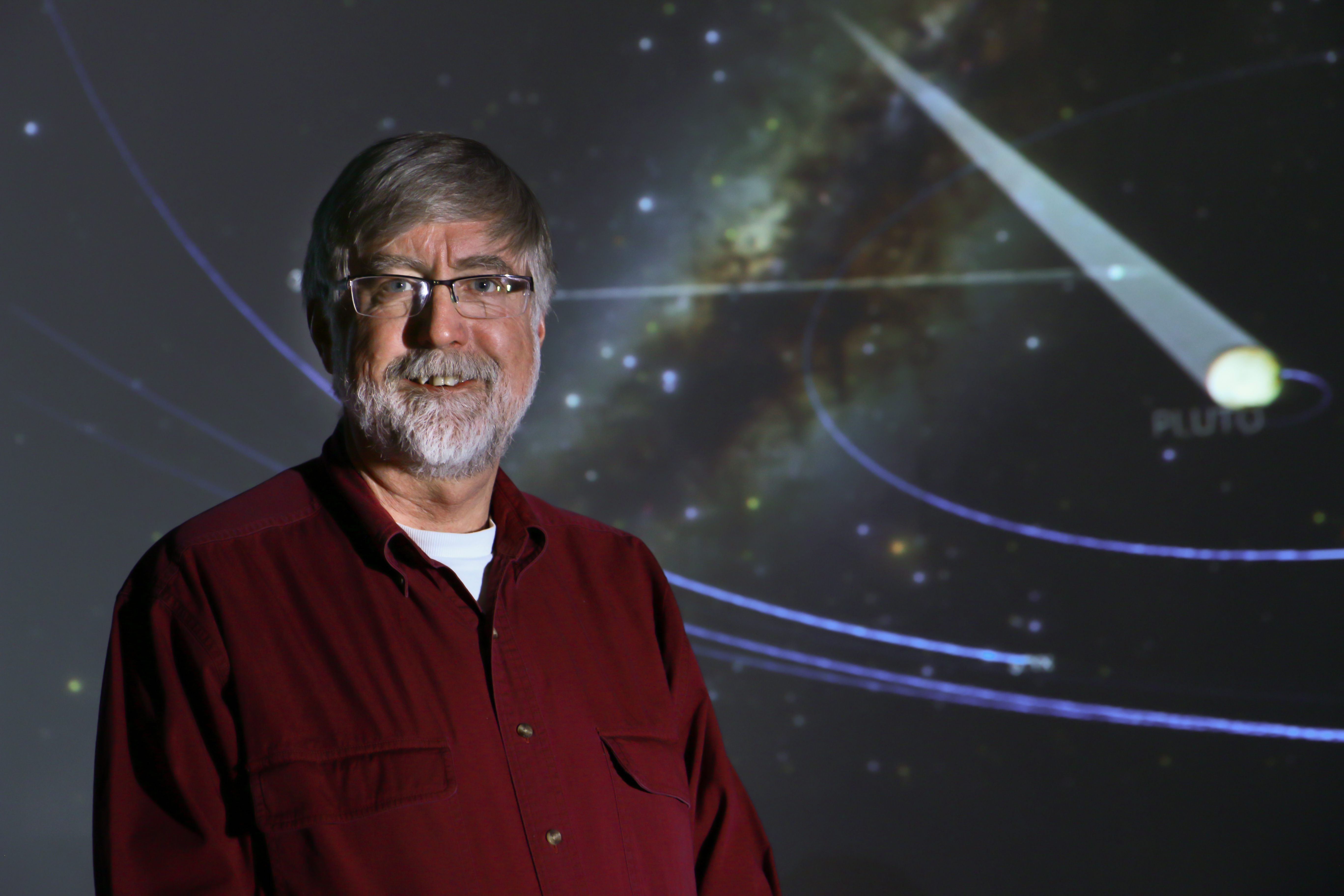 Computer scientists at the University of Utah’s Scientific Computing and Imaging Institute led by Charles Hansen are co-developing 3-D software for planetariums and home computers called OpenSpace (pictured in the background) that recreates space phenomena based on NASA data.

“NASA has an interest in educating the public and reaching out to kids to get them interested in science, technology, engineering and math,” said Charles Hansen, a SCI associate director and professor in the University of Utah’s School of Computing. “The idea is to take NASA data and have an easy way to present it to the general public so they can see what NASA is doing.”

The original idea for OpenSpace and its early proofs-of concept were developed by researchers at Linköping University in Linköping, Sweden, and at AMNH. With the five-year grant, University of Utah computer scientists led by Hansen will help further develop OpenSpace to allow users to pull massive amounts of NASA data about space bodies, phenomenon or probe missions and convert them into striking computer space images in real time. OpenSpace is open-source software, meaning that anyone can use it free of charge.

SCI researchers specialize in creating software that can take huge volumes of data such as weather or traffic data or information about the human anatomy and visualizing it in a simulation without requiring the power of supercomputers. The Scientific Computing and Imaging Institute is comprised of mostly computer scientists from the College of Engineering’s School of Computing.

The task for SCI will be to come up with the programming that allows OpenSpace to receive enormous sets of data and instantly covert them to space images on regular PCs, Hansen said. That could give schools with just normal personal computers the power to view space phenomenon including solar winds, nebulae, planets, moons or data from a satellite. With SCI’s expertise in computer graphics, the space images also “will be more faithful to the science than what an artist can create,” Hansen said.

“You will see where interplanetary space probes are, what their instruments are looking at and what data they’re attempting to acquire, all at that very moment,” Hansen said.

While he doesn’t know exactly when the full version of the OpenSpace software will be completed, Hansen said it will be within the five years of the grant. Users can learn more about OpenSpace and download the current version of the software at openspace.itn.liu.se.