What a moth's nose knows 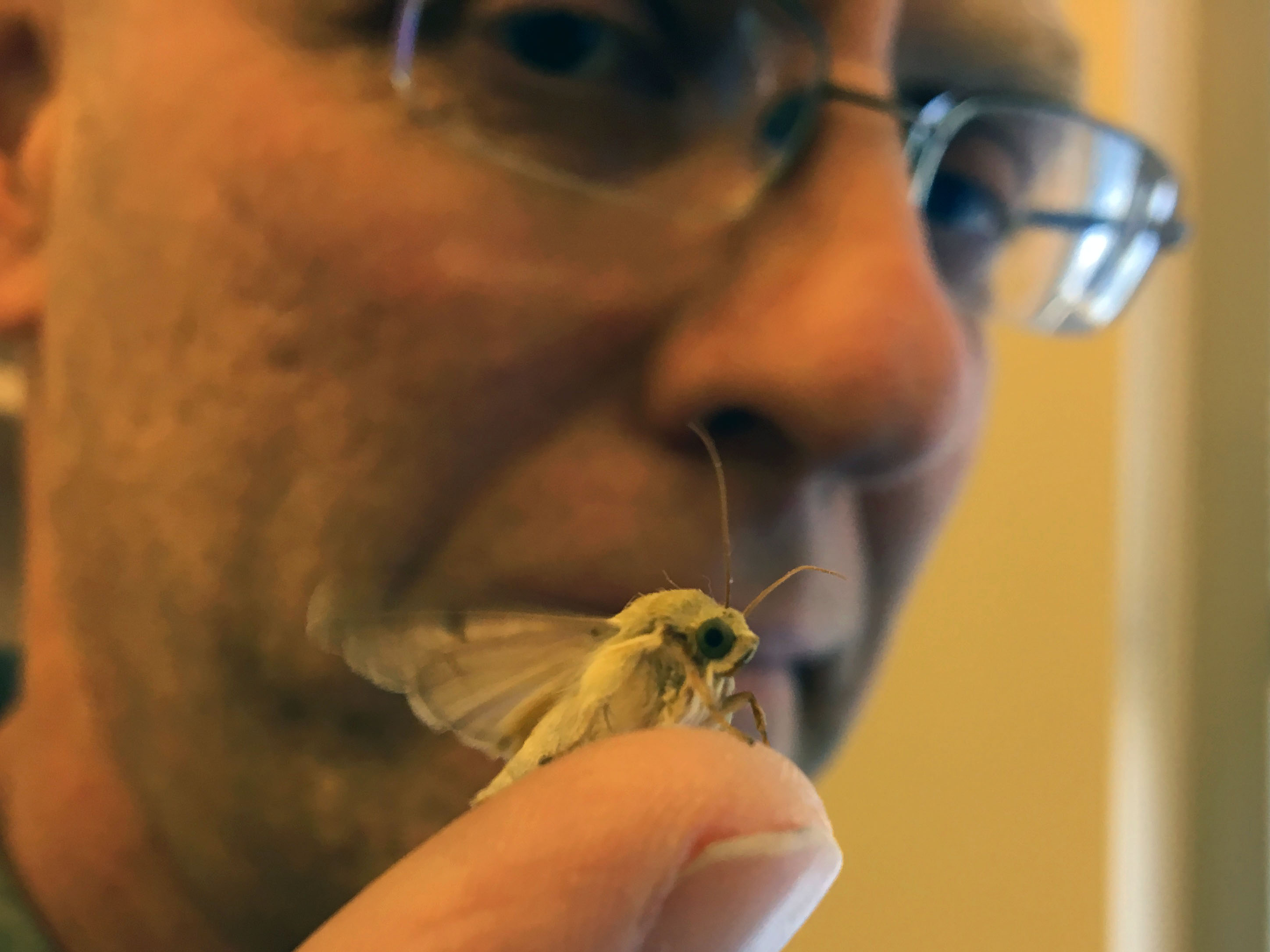 Moths sniff out others of their own species using specific pheromone blends. So if you transplant an antenna – the nose, essentially – from one species to another, which blend of pheromones does the moth respond to? The donor species’, or the recipients’? The answer is neither.

Moths with transplanted antennae responded instead to a similar yet novel pheromone blend not naturally produced by either species, according to University of Utah research published online Jan. 27 in PLOS ONE. The result, says biology professor Neil Vickers, reveals how the brain depends on the senses to construct an impression of reality, and how changing the sensory hardware can cause the moths’ brains to be fooled. 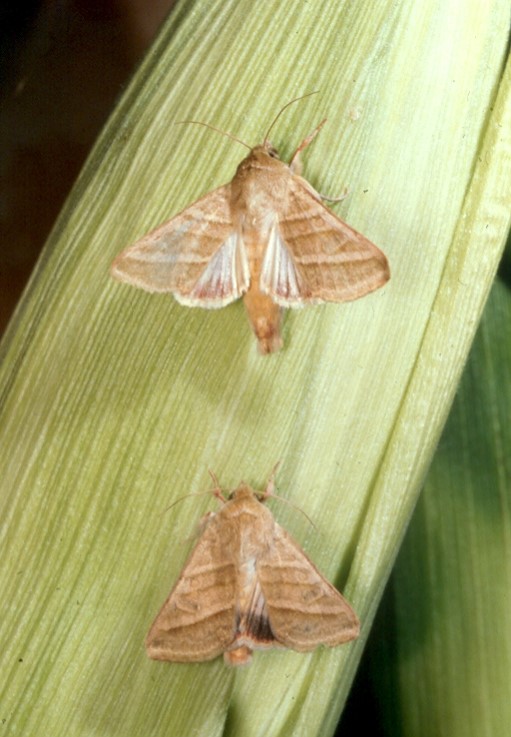 Moths’ sense of smell drives most of their behaviors. Male moths find females through pheromones, and females locate the ideal place to lay their eggs by following plant odors. “What moths do,” Vickers says, “is predicated on odors.”

When the moths’ eggs hatch, the larvae can inflict devastating damage to crops. Farmers looking to prevent moth damage may choose from a range of pest control measures beyond traditional pesticides. “Often those technologies involve odors,” Vickers says.

Moth species develop their own highly specialized sensitivities to odorants and pheromone blends. For example, males of one species, Heliothis subflexa, may interpret the combination of odorants A, B and C as a signal that a female is nearby. Another species, Heliothis virescens, may get the same message from odorants A and E but would be repelled by odorant D, which is produced by H. subflexa. Each species develops receptors to pick up only the odorants that they’re interested in, preventing the costly mistakes of misidentifying females. 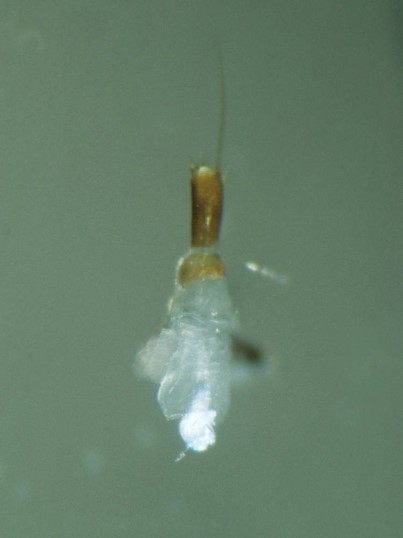 An extracted larval antenna, with the imaginal disc (white) at bottom.

Vickers and postdoctoral scholar Seong-Gyu Lee (now a researcher at Shin-Hwa ED Tech Co. Ltd. in Ulsan, South Korea) along with colleagues at Cornell University, devised an experiment with funding from the National Science Foundation to see how moths’ odor perception might change if the moth’s antennae were detecting different odorants. While the moths were still in the caterpillar stage, the researchers extracted the imaginal discs, clusters of cells that would later grow into antennae, from more than 350 H. virescens caterpillars and transplanted them into H. subflexa. The method had been used in previous studies to transplant female antenna of the Manduca sexta moth onto male moths and, in Vickers’ lab, to study antennae transplanted from another moth species onto H. virescens. Once the moths had metamorphosed, they were placed in a wind chamber at Cornell, where researchers wafted various pheromone blends toward the moths to see which blends the moths responded to.

The most attractive blend was neither the recipient species’ A, B and C nor the donor species’ A and E. Nearly 75 percent of the transplanted moths that responded to pheromones were attracted to either a blend of A, E and C or A, E, and D. The transplanted moths were “reading” the presence of a female from a pheromone blend not seen in nature.

The moths were then shipped to the University of Utah, where Vickers and Lee probed the neurological basis for the moths’ behavior. They focused on the antennal lobe of the brain, where axons from the antennae, conveying detection of odorants, connect to globular odor processing structures called glomeruli. In a normal H. subflexa moth, the antennal receptors for each odorant connect to their own distinct glomerulus.

In exploring the neural wiring between receptors, glomeruli and downstream connections to higher brain centers, Vickers and Lee found that the transplanted odorant receptors still connected to distinct glomeruli, although not in the same locations as in normal moths. And even though the transplanted antennae were sensitive to different odorants than normal antennae, activation of three glomeruli was enough to make the moths think a female was nearby.

Integrating parts into a whole 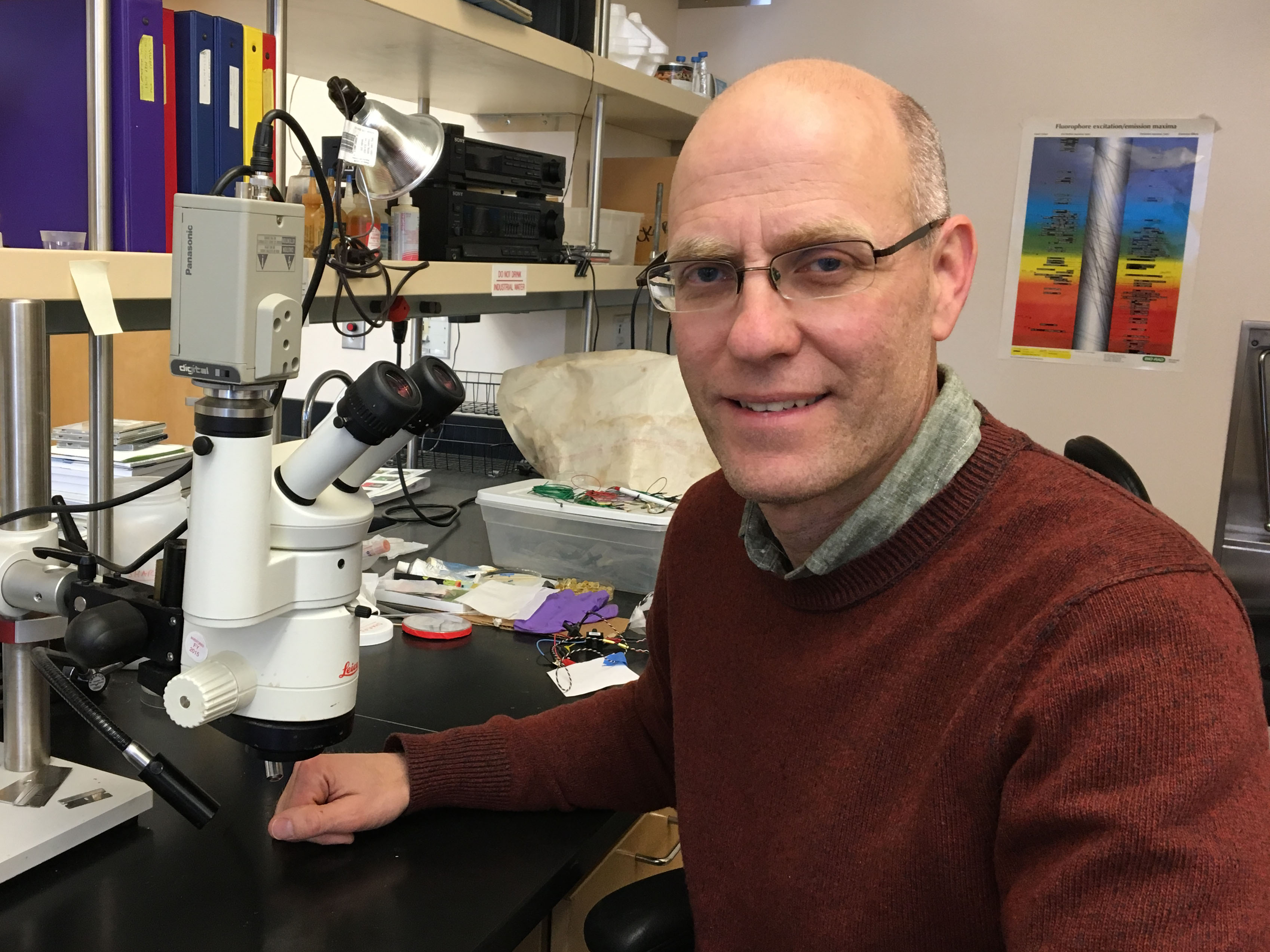 The results demonstrate how the brain depends on the organism’s sensory inputs to make sense of the world. “The brain is a prisoner,” Vickers says.  Bereft of its own connections to the outside environment, the brain can only integrate the information provided by the senses.

The integration, Vickers says, is similar to the way a wine expert identifies a particular vintage. The expert’s nose detects compounds given off by the wine, disassembles the olfactory signal into its chemical components and passes the analysis on to the brain. Then the brain reintegrates those components into an identification of, say, a 1995 Bordeaux. “The brain,” he says, “has to reassemble the signal into some version of reality.”

How does such integration happen? How do signals from a moth’s antennal lobe translate into the impetus to fly toward a pheromone? That, Vickers says, is the next unanswered question – and his next step.