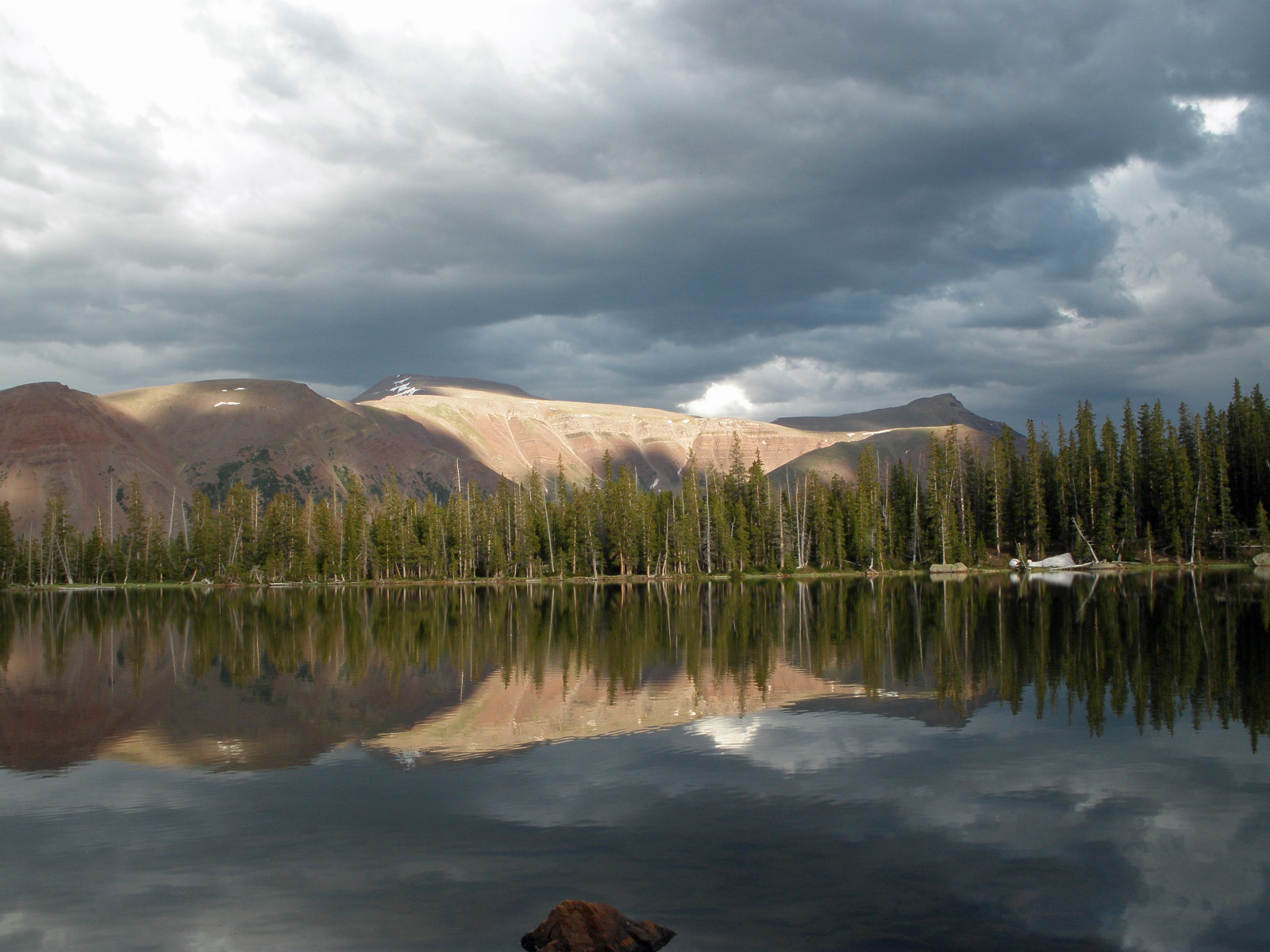 More than a quarter of the rain and snow that falls on continents reaches the oceans as runoff. Now a new study helps show where the rest goes: two-thirds of the remaining water is released by plants, more than a quarter lands on leaves and evaporates and what’s left evaporates from soil and from lakes, rivers and streams.

“The question is, when rain falls on the landscape, where does it go?” says University of Utah geochemist Gabe Bowen, senior author of the study published today in the journal Science. “The water on the continents sustains all plant life, all agriculture, humans, aquatic ecosystems. But the breakdown – how much is used for those things – has always been unclear.”

“Some previous estimates suggested that more water was used by plants than we find here,” he adds. “It means either that plants are less productive globally than we thought, or plants are more efficient at using water than we assumed.”

University of Utah hydrologist Stephen Good, the study’s first author, says, “We’ve broken down the different possible pathways that water takes as it moves from rainfall [and snowfall] through soils, plants and rivers. Here we’ve found the proportions of water that returns to the atmosphere though plants, soils and open water.”

The study used hydrogen isotope ratios of water in rain, rivers and the atmosphere from samples and satellite measurements to conclude that of all precipitation over land – excluding river runoff to the oceans—these amounts are released by other means:

“It’s important to understand the amount of water that goes through each of these pathways,” Good says. “The most important pathway is the water that passes through plants because it is directly related to the productivity of natural and agricultural plants.”

In another key finding, the researchers showed how much rainwater or snowmelt passing through soils is available for plants to use before it enters groundwater, lakes or streams. They found this “connectivity” is 38 percent: Only 38 percent of water entering groundwater, lakes or rivers interacts with soil, and the rest “moves rapidly into groundwater and lakes and rivers without spending much time in the soil,” Bowen says.

“Lot of things happen in soils: nutrients, fertilizers, contaminants, various biological processes,” he adds. “If water that goes to streams and groundwater moves rapidly through soil, it has less interaction with those processes. It means the soils and rest of the hydrologic cycle are somewhat separated.  If we want to predict future climate change, hydrologic change and water quality, we need to account for the fact that most water doesn’t interact with soils before it reaches streams and groundwater.”

Good is a research assistant professor and Bowen is an associate professor of geology and geophysics at the University of Utah. They conducted the study with David Noone, of Oregon State University, where Good joins the faculty this fall. Funding came from the Department of Defense and the National Science Foundation, where two program directors praised the findings.

NASA’s Aura satellite, shown in this artist’s depiction orbiting above Africa, collected data on hydrogen isotope ratios in water vapor close to Earth’s surface as part of a University of Utah study showing the fate of rainwater and snowmelt that falls on land and doesn’t flow to the sea. They found two-thirds of that water is taken up by plants and then transpired or “exhaled” to the atmosphere. That’s less than previous estimates of more than 80 percent, suggesting plants globally are either less productive or make more efficient use of water than previously believed.

“These scientists found a way to answer basic questions about what happens to rainwater when it falls on land,” says Eric DeWeaver, of NSF’s Division of Atmospheric and Geospace Sciences. “The answers have important implications for water quality, plant productivity and peak streamflow. They give us a window on the inner workings of ecosystems and watersheds that’s scientifically fascinating and useful.”

“Getting what’s called Earth’s ‘water balance’ right is the key to understanding how our climate and ecosystems interact,” says Henry Gholz, of NSF’s Division of Environmental Biology. “This new analysis offers an estimate of hard-to-come-by global water measurements: water used by plants and water that evaporates from land. By knowing these amounts, we can better understand how ecosystems, including watersheds, work. In a decade when our reserves of freshwater are declining – in some cases to critically low levels – this information couldn’t be timelier.”

Earth’s water cycle is changing as climate warms, “so given shifts in future water availability, we also will see shifts in ecosystems and agriculture,” Good says. “So understanding the connection between the water cycle and plant growth is important.

For example, when leaves release water, they consume carbon dioxide, the major climate-warming gas. Soil doesn’t do that. So knowing how much water plants transpire “helps us understand how plants contribute to reducing global warming,” Bowen says.

Evapotranspiration from land – in context

The new study deals with the fate of that 17 percent, which amounts to 85,000 cubic kilometers or 20,400 cubic miles of water. In other words, all the water that doesn’t fall or flow into the oceans would fill 20,400 cubes of water 1 mile on each side. (The study excluded water evaporating to the atmosphere from snow because earlier research indicates it is less than 1 percent, Good says.)

How the study was performed

The study used data from two sources. First, a global network of isotopes and precipitation collected since the 1950s by the International Atomic Energy Agency. It includes measurements of deuterium – the heavy form or isotope of hydrogen. Deuterium is hydrogen-2 rather than the common isotope hydrogen-1. The IAEA data include measurements of deuterium in rainfall from about 500 stations around the world.

Second, the researchers used measurements made by NASA’s Aura satellite of deuterium concentrations in water vapor near Earth’s surface.

The new study accounted for each of these isotopic signatures in a computer simulation of global movements of water between the land and atmosphere. By running the simulation thousands of times and testing the resulting estimates of river water and evapotranspiration isotope ratios against independent data, Good was able to show that a limited number of simulations matched the data. These gave a narrow range of estimates for how much water was released to the atmosphere by each pathway.