Note: This release is adapted from a release prepared by Care New England.

It has long been known that there are many physical and mental health benefits of breastfeeding for mothers and babies. But can these benefits be due to genetic changes induced by breastfeeding? New research suggests that connection.

The research, published in the Sept. 26, 2018, edition of Pediatrics, was led by Barry M. Lester, Ph.D, director of Women & Infants Hospital’s Brown Center for the Study of Children at Risk, a professor of psychiatry and pediatrics at The Warren Alpert Medical School of Brown University and a member of Care New England Medical Group.

“What we found is that maternal care changes the activity of a gene in their infants that regulates the infant’s physiological response to stress, specifically the release of the hormone cortisol,” Lester said. 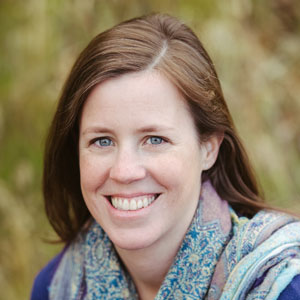 Elisabeth Conradt is an assistant professor of developmental psychology at the University of Utah.

Conradt, who completed her post-doctoral work with Lester, participated in the research while at Brown University.

“The most exciting thing to us is that in the past, we could describe how maternal care giving was related to infant responses but we couldn’t explain it,” Conradt said. “Now we have a better understanding of how caregiving gets under the baby’s skin.”

The researchers looked at more than 40 full-term, healthy infants and their mothers, one-half of whom breastfed for the first five months and one-half of whom did not. They measured the cortisol stress reactivity in infant saliva using a mother-infant interaction procedure and the DNA methylation — changing the activity of the DNA segment without changing its sequence — of an important regulatory region of the glucocorticoid receptor gene which regulates development, metabolism and immune response.

“Breastfeeding was associated with decreased DNA methylation and decreased cortisol reactivity in the infants. In other words, there was an epigenetic change in the babies who were breastfed, resulting in reduced stress than those who were not breastfed,” said Lester.