A new University of Utah study on the impact of wood burning stoves and fireplaces along Utah’s Wasatch Front proves that 20-year-old restrictions have had a tremendous impact on the state’s air quality.

“This study is showing a reduction in the contributions of wood burning by a factor of four or five,” says University of Utah chemical engineering assistant professor Kerry E. Kelly, who heads the study. “Of the strategies people are looking at to reduce air pollution, this is a pretty effective one.”

The study led by the U’s College of Engineering was conducted by Kelly, chemical engineering research associate Cristina Jaramillo, as well as researchers from the Utah Division of Air Quality and the Pacific Northwest office of the U.S. Environmental Protection Agency (EPA). 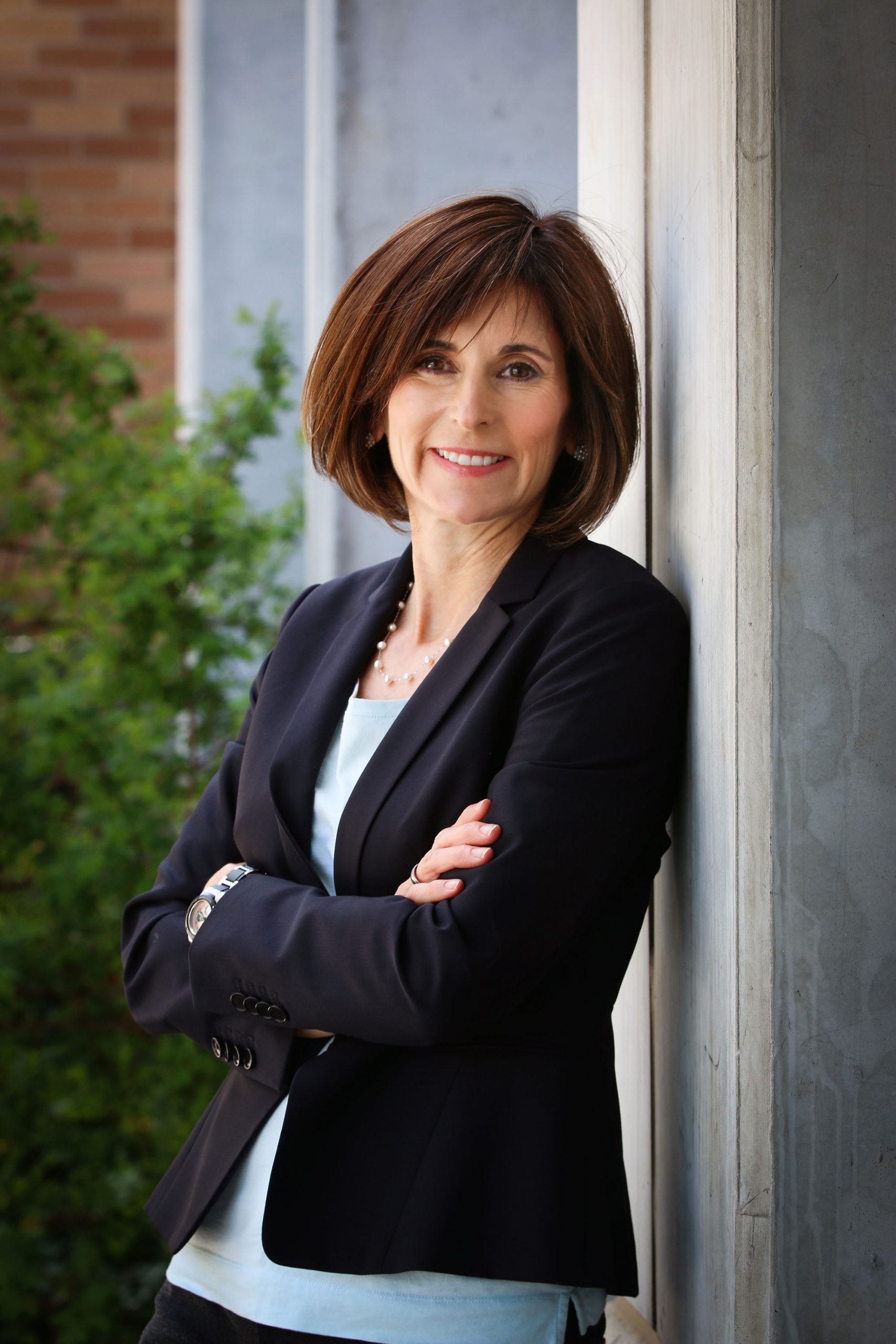 According to the EPA, smoke from burning wood creates tiny particulate matter known as PM 2.5 that can get trapped in the lungs and eyes and trigger asthma attacks, even heart attacks, stroke, and heart failure in people at risk for these conditions. The elderly and children with respiratory conditions are more susceptible to the dangers of bad air quality.

Beginning in 1999, restrictions on wood burning were placed in Salt Lake County and parts of Davis and Utah counties. Over time, limits were also placed in Cache County and parts of Weber, Box Elder and Tooele counties. In all of these areas, the main restriction involves banning wood burning during days of inversion, when atmospheric conditions trap air pollution in the valley. Between November 1 and March 1, residents in these counties are prohibited from using wood fireplaces and stoves, pellet stoves and coal-burning stoves on “no-burn” days, when fine particulate matter builds up to unhealthy levels during winter inversions.

The U study looked at air quality data from 2007 to 2017 at three air quality monitoring stations in Salt Lake City, Lindon and Bountiful. The research showed dramatic reductions at all three stations over the 10-year period, specifically from wood burning, as the restrictions were put in place and residents became more educated about the issue. (See figure below) 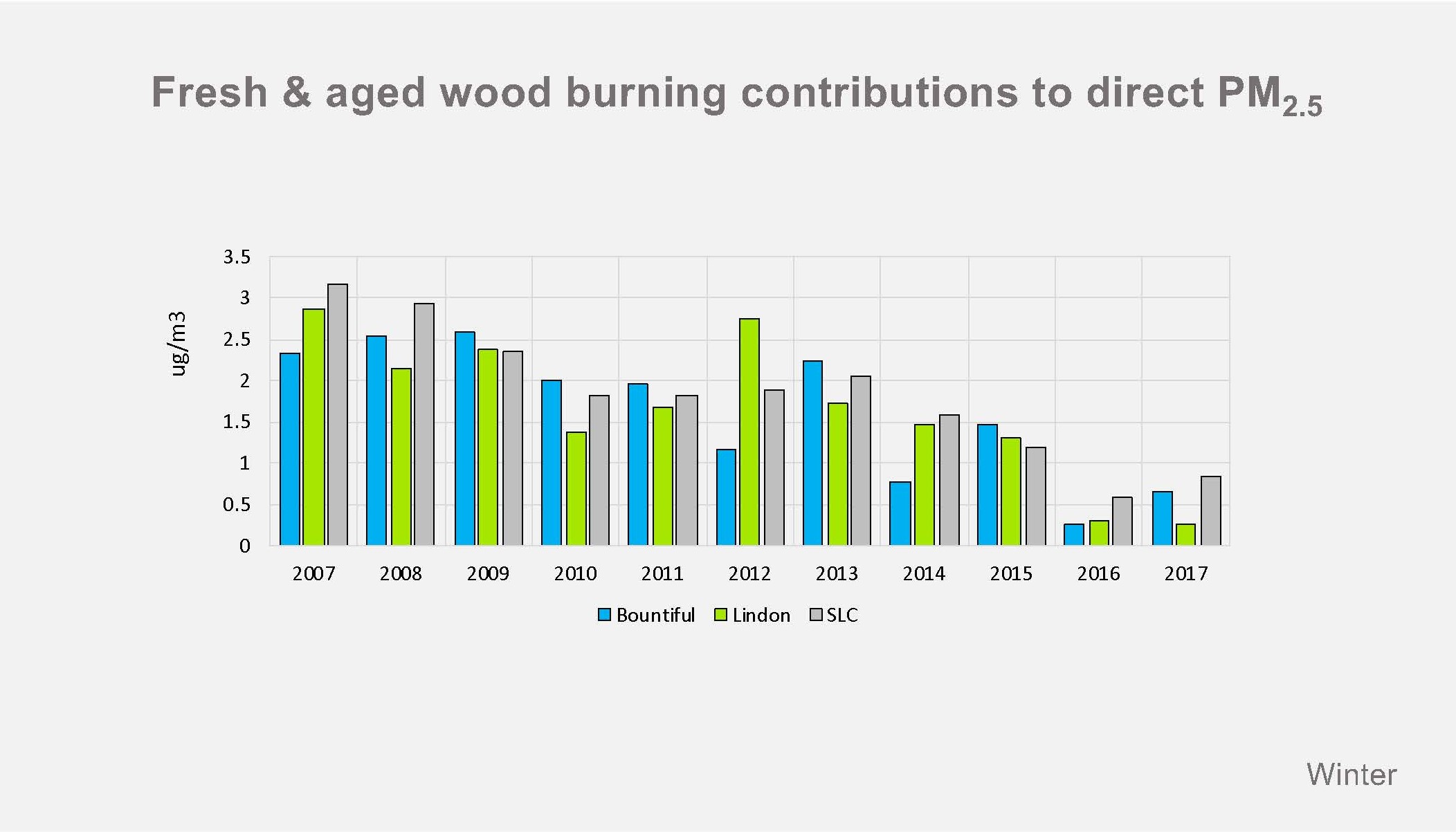 According to a new University of Utah College of Engineering study, the impact of wood burning on PM 2.5 (particulate matter that contributes to air pollution) has decreased significantly over the last 10 years thanks to restrictions placed on the activity. The measurements were made at three air quality monitoring stations in Salt Lake City, Lindon and Bountiful.

Researchers analyzed the combination of elements in the filters at these stations such as metals, nitrate, sulphate, and certain organic material. This data could reveal the origins of PM 2.5 and therefore when the air quality worsened due to wood burning. The analysis also considered the atmospheric conditions at the time the readings were taken, such as whether there was an inversion that day that made the air quality worse.

The results of the study are encouraging, Kelly says, proving that such restrictions can be an effective way of improving air quality, particularly in a valley similar to the Wasatch Front where surrounding mountains act like a bowl to trap bad air.

“More people are aware of these restrictions and are following them, and it’s reducing community-level exposure to air pollution,” she says. “It can benefit all of us because it’s a cost-effective way to reduce pollution. And it’s a nice example where research from the U helped influence policy in a positive way. It’s important to make data-driven decisions about air quality.”

Kelly wants to present the findings to various air quality boards and other policy makers to show their decisions are working. Consequently, other important steps can be considered to help clean the air along the Wasatch Front, such as building more natural-gas fireplaces in new homes and converting wood-burning fireplaces in older homes.

“There has been a lot more public attention on public health and air quality, and as a result people are following the bans,” she says. “So there may be more incremental opportunities out there that we can take. As the population continues to grow, we’re going to have to stay on top of the issue of air quality.”