John Warnock, a computer scientist and visionary co-founder of Adobe Systems Inc., will deliver the commencement address at the University of Utah’s campus-wide convocation, set for Thursday, April 30, 2020, at the Jon M. Huntsman Center.

Warnock, who received three degrees from the U, used his vision, passion and intellect to launch a business that revolutionized graphics, desktop publishing and web and electronic document technologies. Today, Adobe is one of the largest, most recognized software brands in the world.

“We are very proud to count John Warnock among our most esteemed alumni,” said U President Ruth V. Watkins. “John epitomizes the values of our university and the entrepreneurial excellence we aim to inspire in our graduates.”

Warnock, a Salt Lake City native, received bachelor’s degrees in mathematics and philosophy (‘61), a master’s in mathematics (‘64) and a doctorate in electrical engineering/computer science (‘69) from the University of Utah.

In 1964, while Warnock was working on his master’s degree at the U, he became “swept up” in a complicated program in abstract algebra known as the Jacobson radical. The problem was first posed in 1956 and yet to be solved. It took a year and a half, but Warnock solved the problem—providing what may have been the first big sign of his extraordinary, innovative and visionary intellect.

There was more to come before Warnock left the U. While working on his doctorate, Warnock, collaborating with a colleague, wrote the first computer-based registration program used at the U.

“It was for registration at the beginning of January, so he spent long hours in the Merrill Engineering Building over winter break finishing up the program,” said Richard B. Brown, dean of the College of Engineering. “In fact, he worked for days almost around the clock. As he told me, the program had to work. The university was planning to do registration on the computer and there was no back up plan. It did work and the U was one of the first universities to do registration by computer.” 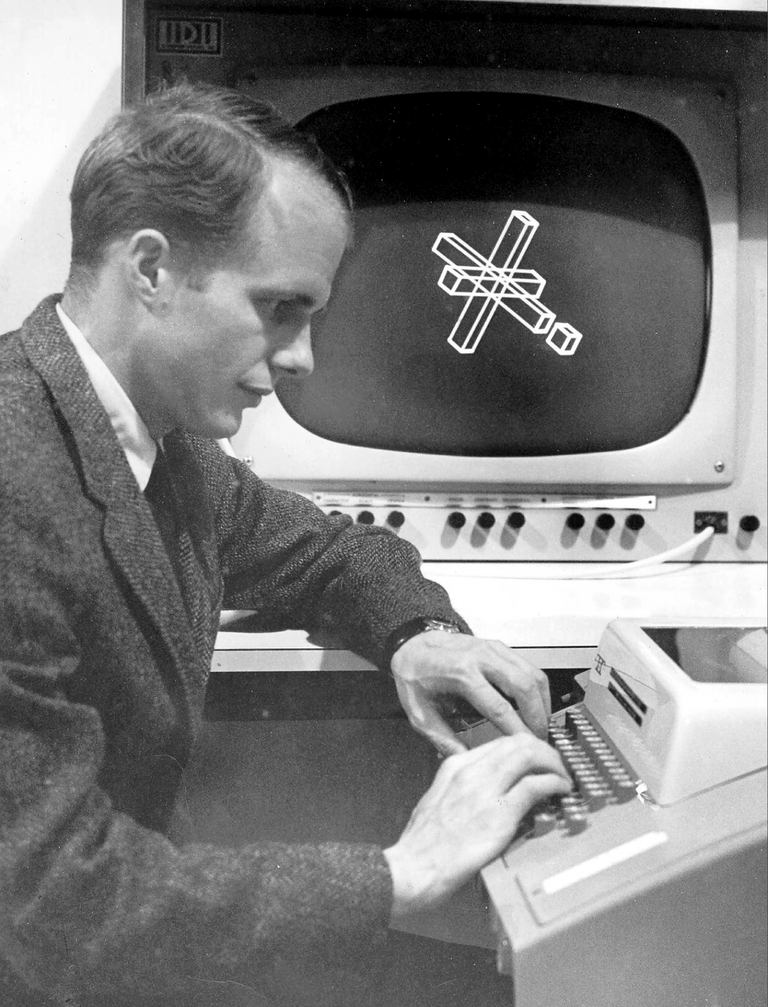 Upon graduation, Warnock worked at such technology companies as Evans & Sutherland Computer Corporation, Computer Sciences Corporation and IBM. He joined Xerox’s Palo Alto Research Center in 1978 as a principal scientist, working on device independent interactive graphics. There, he and colleague Charles Geschke developed a printer protocol called InterPress. When Xerox declined to pursue the idea, the two struck out on their own.

“John Warnock is an inspiring example of what someone can achieve with a University of Utah degree,” said AnnaMarie Barnes, president of the Associated Students of the University of Utah. “He demonstrates that with vision and determination our graduates can create success for themselves and simultaneously enrich their communities.”

Warnock, with Geschke, has received many awards, including the Marconi Prize, the Annual Medal of Achievement Award from the American Electronics Association and the National Medal of Technology and Innovation from former President Barack Obama, one of the nation’s highest honors for scientists, engineers and inventors.

He is a fellow of the National Academy of Engineering, the American Academy of Arts and Sciences, the Association for Computing Machinery, the Computer History Museum and the American Philosophical Society.

He and his wife, Marva, provided a foundational gift of nearly $6 million for the John and Marva Warnock Engineering Building at the U and also created three presidential endowed chairs in computer science, mathematics and fine arts. They also are major supporters of the Moran Eye Center.

“The impact of his contributions to desktop publishing are as revolutionary as Gutenberg’s printing press was in his day,” Brown said. “Dr. Warnock’s PDF standardized the representation of digital documents and is used daily by virtually everyone who has access to a computer. Adobe, the company he co-founded, has also given the world the premier software tools for creating digital graphics, so he has enabled others across the spectrum from engineering to art.”