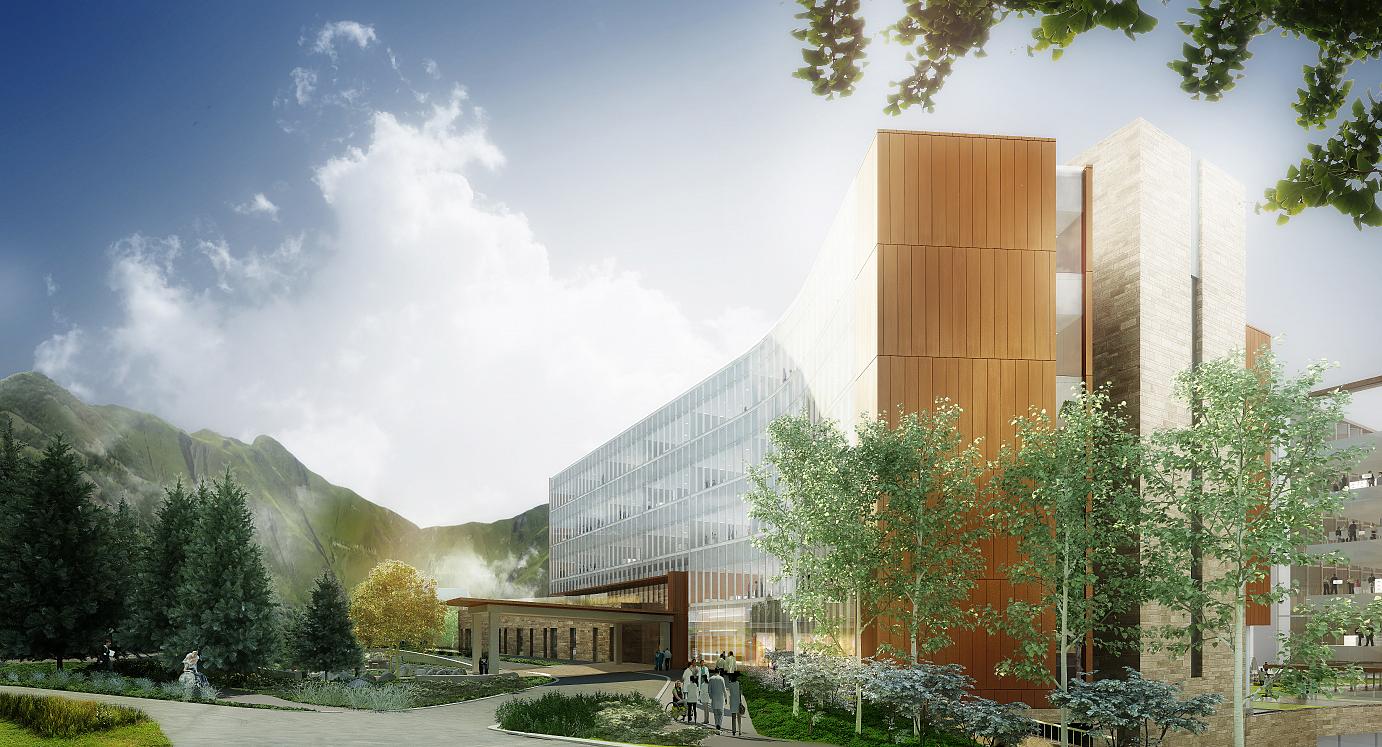 “This remarkable donation will allow the university to dramatically expand and advance our rehabilitation capabilities,” said David W. Pershing, U president. “We are proud to partner with the Neilsen Foundation to create an innovative design for an accessible, patient-centered rehabilitation hospital, inspired by the visionary spirit of Craig Neilsen’s exemplary life.”

The building’s interior and exterior spaces will reflect an accessible and dignified environment for all patients and their families to promote emotional well-being in addition to physical rehabilitation. Craig Neilsen had a great love of architecture and design and understood how one’s environment positively influences the healing process. Carefully chosen exterior and interior building materials and landscaping will incorporate the natural magnificence of the Utah environment into the hospital, providing an inspiring atmosphere for patients and their families as they receive the highest quality rehabilitative care. 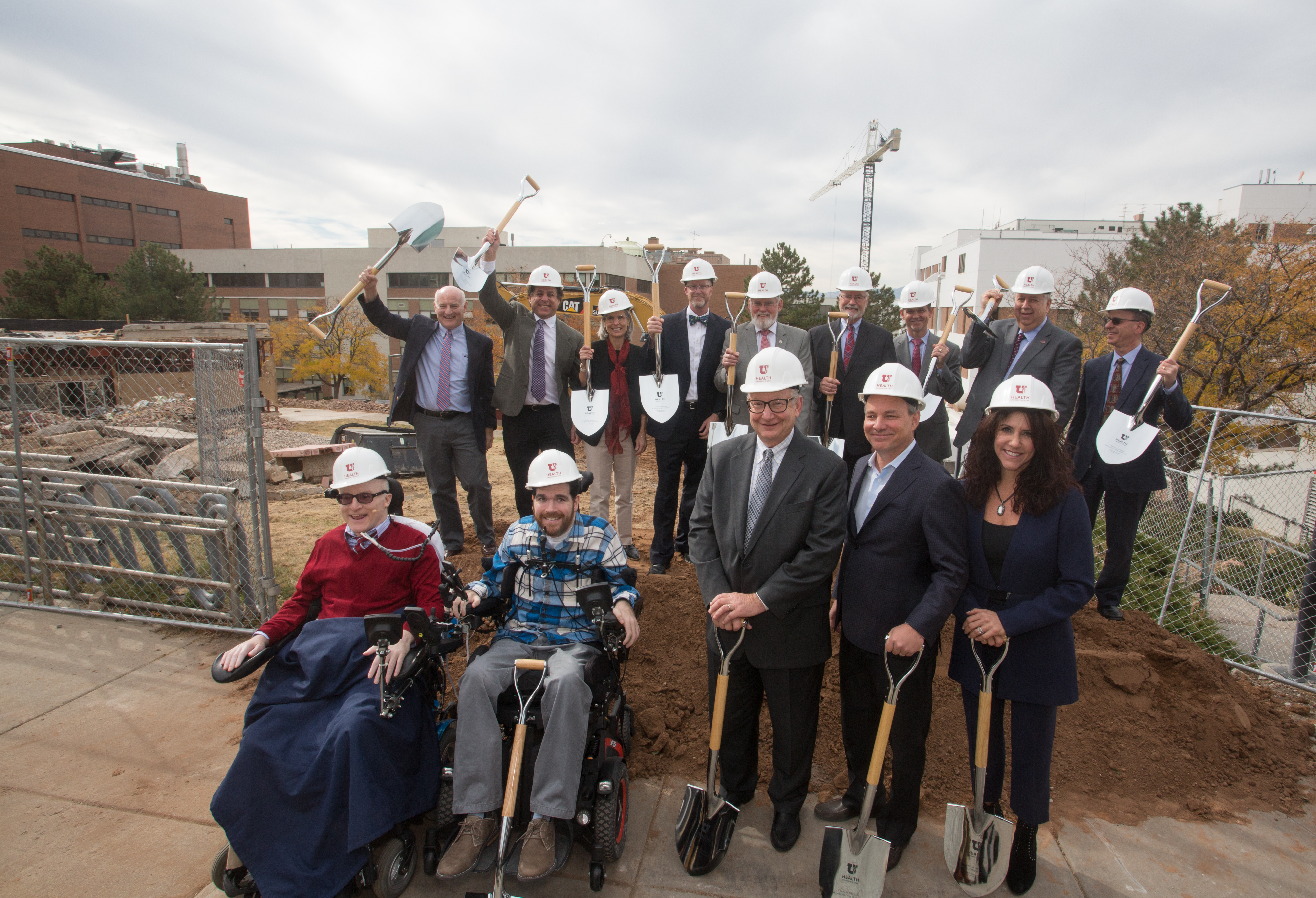 Craig Neilsen was no stranger to the rehabilitation hospital experience. In 1985, a car accident left him paralyzed from the neck down with only minimal use of one hand. Prior to the accident, Craig was the owner of a thriving construction and real estate development business in southern Idaho and had recently acquired control of two small casinos on the Nevada-Idaho border. Following his injury, he became laser-focused on his businesses, including the founding and expansion of Ameristar Casinos, which he took public in 1993. In 2002, Craig established the Craig H. Neilsen Foundation, which through his personal generosity has become the largest private supporter of spinal cord injury causes in North America.

“Although the auto accident severely impacted my father’s life, it was not the end, as many people might think. It was a new beginning,” said Ray Neilsen, Craig’s son and co-trustee and chairman of the board of directors of the Craig H. Neilsen Foundation. “My dad had incredible tenacity. He was a force of vision and passion who wanted nothing more than to help people like him. This hospital perfectly emulates his legacy.”

Craig had several relationships with the University of Utah throughout his lifetime that continue to be honored through the philanthropy of the Neilsen Foundation. Not only did he spend time as a rehabilitation patient at the university, he spent many years as a student here as well, earning an MBA in 1964 and a law degree in 1967. The university also received several grants from the Neilsen Foundation during Craig’s lifetime supporting the Rehabilitation Center and providing scholarships for students with spinal cord injuries. After his passing in 2006, Craig was honored with the Distinguished Alumni Award from the university, the highest honor conferred on a graduate.

“The Neilsen Foundation’s gift enables us to reimagine rehabilitative care by embracing the diverse ideas and skills of the entire University of Utah community,” said Dr. Jeffrey Rosenbluth, the Craig H. Neilsen Presidential Endowed Chair for Spinal Cord Injury Medicine, which was created in 2013. “Faculty, students and staff with diverse backgrounds in rehabilitation, engineering, computer science, exercise, therapy and design will work side by side with our patients in this collaborative space. These teams will push the boundaries of recovery and quality of life after even the most severe injuries and disease processes. Technology has absolutely revolutionized this field and will continue to do so. We designed this building to accelerate that innovation.”

The target completion date of the Craig H. Neilsen Rehabilitation Hospital is spring 2020.

About the Craig H. Neilsen Foundation: