Mice scurry around while foraging for food, but genetics may be the unseen hand controlling these meandering movements. Researchers at University of Utah Health are using machine learning to draw links between genetic controls that shape incremental steps of instinctive and learned behaviors. The results are available online in Cell Reports on August 13.

“Patterns of complex behavior, like searching for food, are composed of sequences that feel random, spontaneous and free,” said Christopher Gregg, assistant professor in neurobiology and anatomy at U of U Health and senior author of the study. “Using machine learning, we are finding discrete sequences that are reproduced more frequently than you would expect by chance and these sequences are rooted in biology.”

The research team is venturing into the new territory of behavioral sequencing.

“We are trying to understand the architecture of complex behavior and how genetics shape these patterns,” said Gregg. 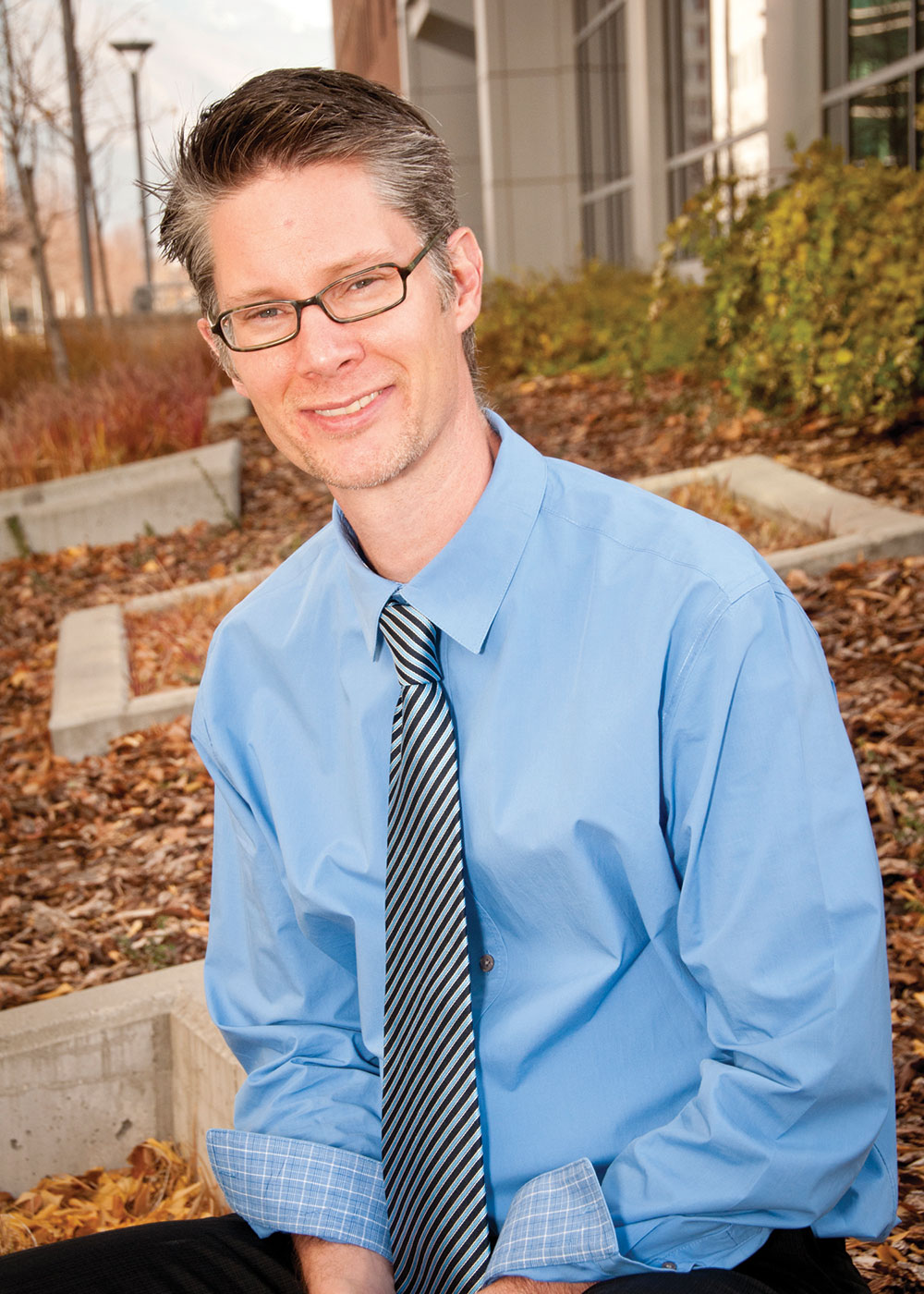 The research supports the idea that complex behavior is composed of a collection of finite ‘building blocks’ the authors call behavioral modules, and that genetics are controlling the progression of these building blocks to form different behavioral patterns.

The research team evaluated 190 mice with differences in their genetics and age as they moved from their home into a uniquely created ‘arena’ to evaluate the set of behavioral sequences expressed while foraging for food. In the search for food, mice exhibit behaviors that require many neural systems to control seeking-behaviors, anxiety, reward, preservation, hunger, satiety, attention, navigation and memory. The new methods revealed that different genetic and age effects influence different sequences.

“Most species have a home range and their behaviors are structured around this home range,” Gregg said. “We were able to identify reproduceable behavioral sequences and use this information to understand the complex patterns over time.”

The team separated round trips from home to a food source and back into a series of more than 5,600 mouse actions. Layered within these actions are additional information, such as gait pattern, velocity, distance traveled and locations visited. Using machine learning, they evaluated this information and identified 71 reproduceable behavioral sequences that are the underlying building blocks for more complex behavior patterns.

The transition from one ‘building block’ to the next implies a mechanistic relationship that yields specific foraging behaviors that minimize predation risk, energy expenditure and caloric intake. In addition, the algorithm was able to identify spontaneous responses that are unique to specific mice.

Gregg believes this approach is sensitive enough to pick up a mutation in the copy of one gene. To prove this point, his team focused on foraging behaviors in mice with a mutation in an imprinted gene, Magel2, which is linked to autism. For example, when the mother’s copy is turned off, the father’s copy is turned on. In this scenario, it was widely believed that the mother’s copy was silent and did not affect the offspring. Not so.

“What was exciting to us was we were able to detect significant effects on behavior from a single mutation in only the mother’s gene copy,” Gregg said.

At this time, the study has only explored the building blocks of foraging behavior in lab mice. Gregg believes the methodology could be applied to understand the basis of other complex behavior patterns and learn the specific genomic elements that shape behaviors leading to disease in humans, including obesity, addiction, fear, anxiety and psychiatric disorders.

“By deconstructing really complex, seemingly spontaneous behaviors, we were able to detect things that weren’t observable in other studies,” Gregg said. “If there is a mutation that causes disease in people we hope to use this method to map it to specific modules [aka behavior building blocks] to learn how genes contribute to shaping particular behavior patterns.”