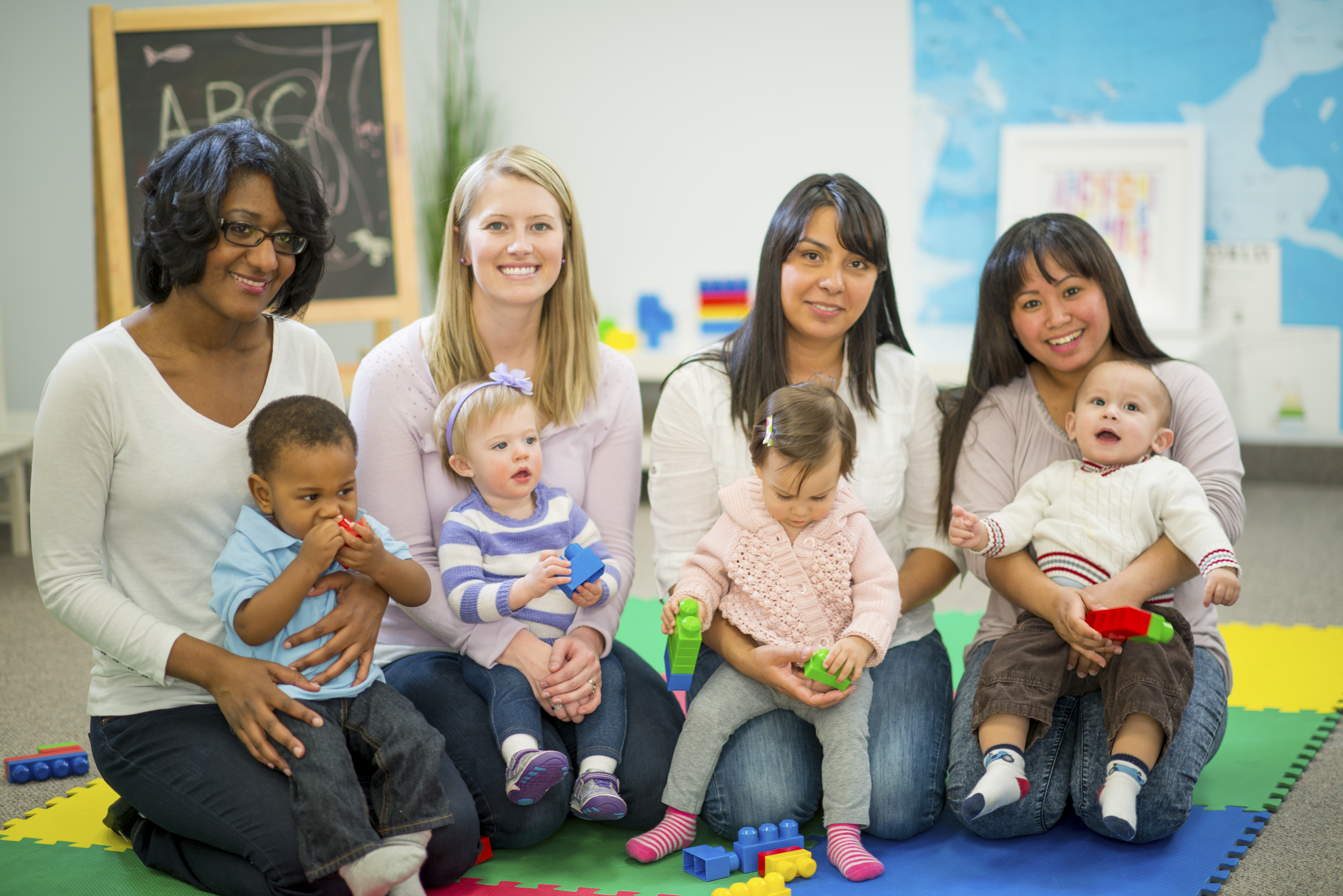 A group of women and their babies.

Poverty, lack of education and exposure to violence can undeniably impact a child’s life trajectory significantly. But how can a mother’s exposure and potentially depressive reactions to these stressors impact a child before his/her life even begins? A depressed mother’s response to stress can pass through the placenta to negatively impact the fetus in ways that manifest after birth such as birth weight, brain development and increased susceptibility to various ailments.

The first study of its kind, “The contributions of maternal sensitivity and maternal depressive symptoms to epigenetic processes and neuroendocrine functioning,” led by University of Utah assistant professor Elisabeth Conradt in the Department of Psychology, found that certain parenting strategies can combat the negative impacts of maternal depression on an infant. The findings were published in Child Development.

The mechanics of stress relief

Existing research with animal models suggest that this programming can occur after birth through epigenetic mechanisms, or changes in gene expression that do not change the genes themselves and can be passed between generations, through the quality of the mother’s caregiving.

“We were curious about whether maternal behavior could “buffer” the child against the effects of maternal depression, and if this buffering could be observed at the level of the infant’s epigenome,” said Conradt.

Inspired by these animal studies, Conradt’s team sought to determine whether, and how, the quality of the postnatal environment, specifically maternal sensitivity, is related to DNA methylation of genes involved in hypothalamic-pituitary-adrenal axis functioning and infants’ neuroendocrine functioning in humans.

Prior research indicates that being depressed while pregnant and exposure to childhood abuse is related to increased DNA methylation, and subsequently reduced gene activity, of key stress-related genes including the glucoroticoid receptor gene (NR3C1) and 11β-hydroxysteroid dehydrogenase type 2 (11β-HSD2).

To investigate whether DNA methylation of NR3C1 and 11β-HSD2 was related to maternal depressive symptoms and/or maternal sensitivity, Conradt and her team worked with 128 infants of women with self-reported symptoms of depression and obtained DNA (to test for methylation) from the infants through cheek swabs and cortisol levels from their saliva.

The infants each participated in three two-minute face-to-face play episodes with their mothers. The first play episode required normal play between mother and infant, the second episode required that the mothers be unresponsive to their infants and the third episode was a reunion episode where mothers were allowed to interact again.

Maternal sensitivity, recorded every 30 seconds, was assessed using four scales. First, maternal acceptance: Willingness and ability of the mother to follow her infant’s lead. Second, demandingness: the degree to which the mother required her infant to behave a certain way. Third, responsiveness: Both the mother’s awareness of her infant’s signals and her response to them, regardless of the appropriateness of response. Fourth, appropriate touch: The mother’s ability to touch her infant in a gentle and affectionate manner as opposed to a more intrusive manner.

The researchers took a pre-stress cortisol sample from each infant prior to entering the lab and two post-stress samples after the unresponsive play episode and after the reunion play episode. A cheek swab for DNA was taken after the second play episode.

When put to the test, sensitivity beat stress

Having a sensitive caregiver, therefore, appears to buffer infants from the exposure of the mother’s depressive symptoms. Infants aren’t aware of whether their caregivers are depressed or not; they are only aware of how they’re treated. This study is the first to demonstrate that certain forms of maternal caregiving can have such an effect.

“Many mothers struggle with depression but interact quite sensitively with their infants. In these instances, the mother may be “turning on” certain genes that we think allow infants to manage stress in adaptive ways,” Conradt summarized.

Conradt and her team are currently replicating and extending this study with first-time pregnant women in Utah to better understand whether parenting can buffer the infant to the effects of prenatal exposure to stress and depression.

“We are excited about the possibility that this research may lead to specific ways one can effectively intervene with pregnant women at risk for postpartum depression.”