Biologists drove the divergence of different-sized feather lice from a single population. In 4 years the evolved lice had trouble mating with each other, a sign of speciation. They caught it on tape.

A few years ago, Scott Villa of Emory University had a problem. Then a graduate student at the University of Utah, he was stumped with an issue never addressed in school: How does one film lice having sex?

Villa and University of Utah biologists had demonstrated real-time adaptation in their lab that triggered reproductive isolation in just four years, mimicking millions of years of evolution. They began with a single population of parasitic feather lice, split the population in two and transferred them onto different-sized hosts—pigeons with small feathers, and pigeons with large feathers. The pigeons preened at the lice and populations adapted quickly by evolving differences in body size. After 60 generations, the biologists saw larger lice on larger pigeons and smaller lice on smaller pigeons. When they paired the different-sized male and female lice together, the females laid zero eggs. The divergent body sizes were likely preventing the lice from physically mating with each other, which demonstrates the beginning stages of a new species. 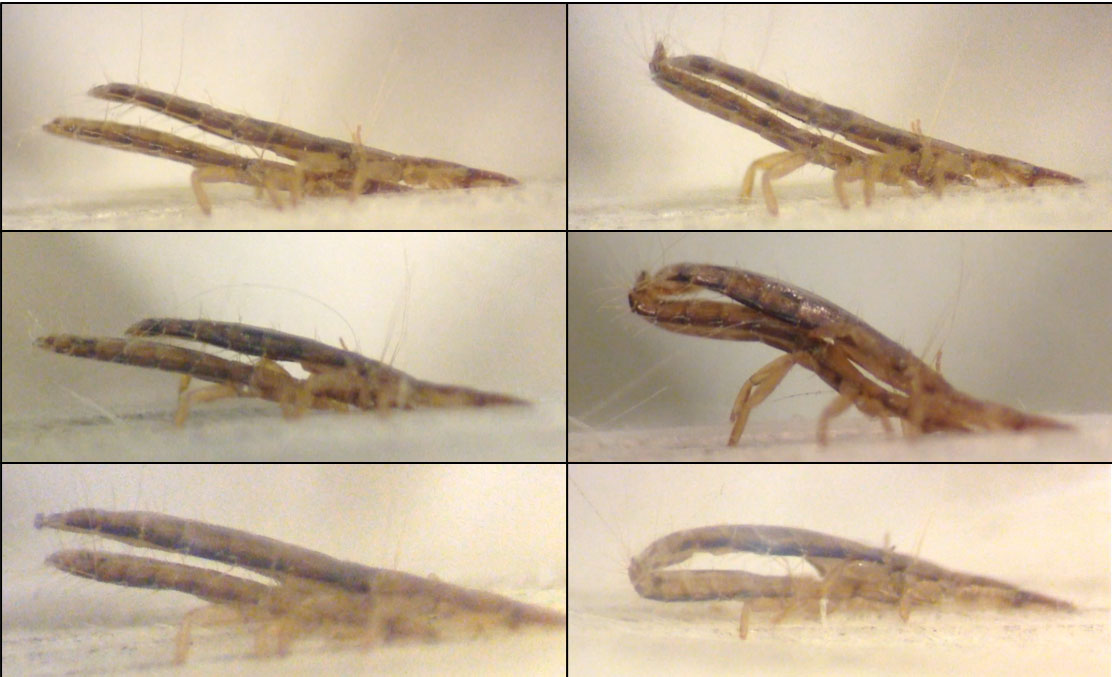 But the researchers needed to know for sure. They put the lice on a plate of pigeon feathers to set the mood, primed the camera and waited. But the lice had stage fright.

“There was a lot of trial and error. No one has filmed lice mating before, I guarantee you that,” said Villa.

They were flummoxed until an undergraduate researcher brought a heating pad into the lab for her sore back. It gave Villa an idea. Turns out that for feather lice, a hot pad tuned to a bird’s core temperature is where the magic happens.

“What we saw was amazing, the male lice physically could not mate with the females, so we think this is how new species start to form,” said Villa. “We already knew that in the wild, larger species of birds have larger species of lice. What we didn’t know, and what came out of this study, is that because of the way that the lice mate, adapting to a new host by changing size has this massive automatic effect on reproduction.”

The study experimentally demonstrates ecological speciation, a concept first championed by Charles Darwin. Different populations of the same species locally adapt to their environments, and those adaptations can cause reproductive isolation and eventually, lead to the origin of a new species.

“People study this in all sorts of systems, everything from fruit flies to stickleback fish to walking sticks. But they are always taking recently evolved species or populations that have already diverged and trying to understand why they’re no longer reproductively compatible,” said Dale Clayton, professor of biology and co-author of the study. “Very few have taken a single population and evolved it under natural conditions into two different populations that cannot reproduce. That’s the new piece of this.”

The paper was published in the Proceedings of the National Academy of Sciences of the United States of America on June 10, 2019. 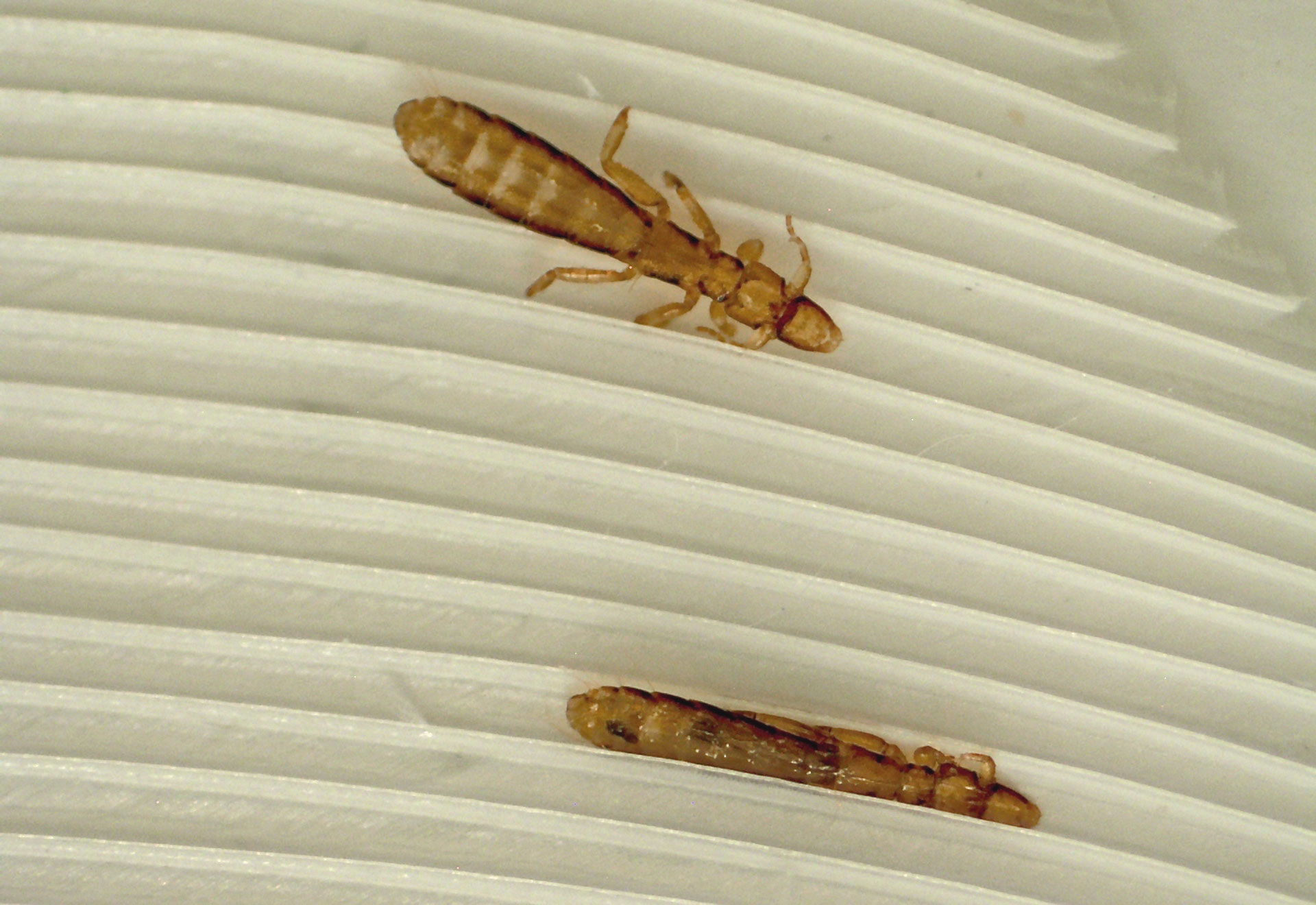 Caption: Lice hide in tiny gaps inside feathers, called the interbarb space, to escape deadly beaks. If the lice are too big, the birds quickly snatch the up. But bigger female lice lay more eggs. Evolutionary winners occupy a sweet spot: They’re small enough to hide, but big enough to outbreed their neighbors.

Feathers consist of ridges, called barbs, that create tiny gaps known as the interbarb space. It’s the pigeon’s blind spot—lice wedge in their long, slender bodies to escape deadly beaks. When big lice crawl on smaller feathers, they stick out of the space and birds pick them off. So it’s good to be small, right? Not quite. In 2018, this same research group found that bigger female lice lay more eggs. Evolutionary winners fall into a sweet spot—they’re just small enough to squeeze into the interbarb space, but big enough to outbreed smaller neighbors.

“There’s constant selective pressure to be as big as possible to pump out as many eggs as possible. But preening puts the breaks on getting too big. There’s a sweet spot,” said Villa. “If you put lice on different sized birds, the sweet spot shifts and the lice evolve optimal body sizes after a few generations.”

The experimental change in size is heritable— the biologists showed that big parents had big offspring and small parents had small offspring, regardless of the size of the birds on which they were mating.

“The idea is that bigger hosts have bigger parasites. That’s true for trees with parasitic insects, for fleas on animals, for ticks on mammals—it’s true for life,” Bush continued. “It’s a bigger question than just this one particular system. It happens everywhere. Part of what we’re doing is trying to figure out that pattern.”

The researchers are the first to capture how feather lice mate. By understanding the mechanics of lice sex, they saw what works, and what fails. In short—size matters.

Female lice are naturally about 13% bigger than male lice. This dimorphism between the two sexes is critical for reproduction. Males have thick antenna to cling to females during copulation. They approach the female from behind, slide underneath her and curl the tip of their abdomen while holding her thorax. If the male is too small, he may struggle to reach the female where he needs to. If he’s too large, he’ll overshoot the female. That’s exactly what the researchers saw.

“There’s a Goldilocks Zone. The males and females have to be just the right size for each other. Pairs of lice where dimorphism falls outside of that zone suffer massive reproductive consequences,” said Villa.

They found that typically sized lice copulated the longest and laid the most eggs. Pairs of lice with dimorphism outside of the Goldilocks Zone copulated for shorter amounts of time and laid zero eggs. They think this is because males either physically fail to inseminate the females, or they can’t copulate long enough to fertilize her eggs. Their experiments tested this with lice on feathers and a heat pad on camera, and on pigeons themselves. The results were the same—pairs with sizes in the Goldilocks Zone had the most offspring.

“The idea of a single trait governing both survival and reproduction has been known for some time. However, pinning down how these multipurpose traits actually drive speciation has been challenging. What makes this paper so interesting is that we actually identified how these “magic traits” work in real time. And just as theory predicts, selection on these traits can generate reproductive isolation in the evolutionary blink of an eye. Our study complements a lot of fantastic work on ecological speciation and adds our greater understanding of how new species actually form,” said Villa.

Last month, the same group published a study that demonstrated divergent coloration in just four years. The team is now looking at the genetic architecture that underlies these size and color changes in feather lice.

Other authors who contributed to the study are Juan Altuna, James Ruff, Andrew Beach, Lane Mulvey, Erik Poole, Heidi Campbell and Michael Shapiro of the University of Utah, and Kevin Johnson of University of Illinois at Urbana Champaign. The National Science Foundation (grant DEB-1342600) funded this work.