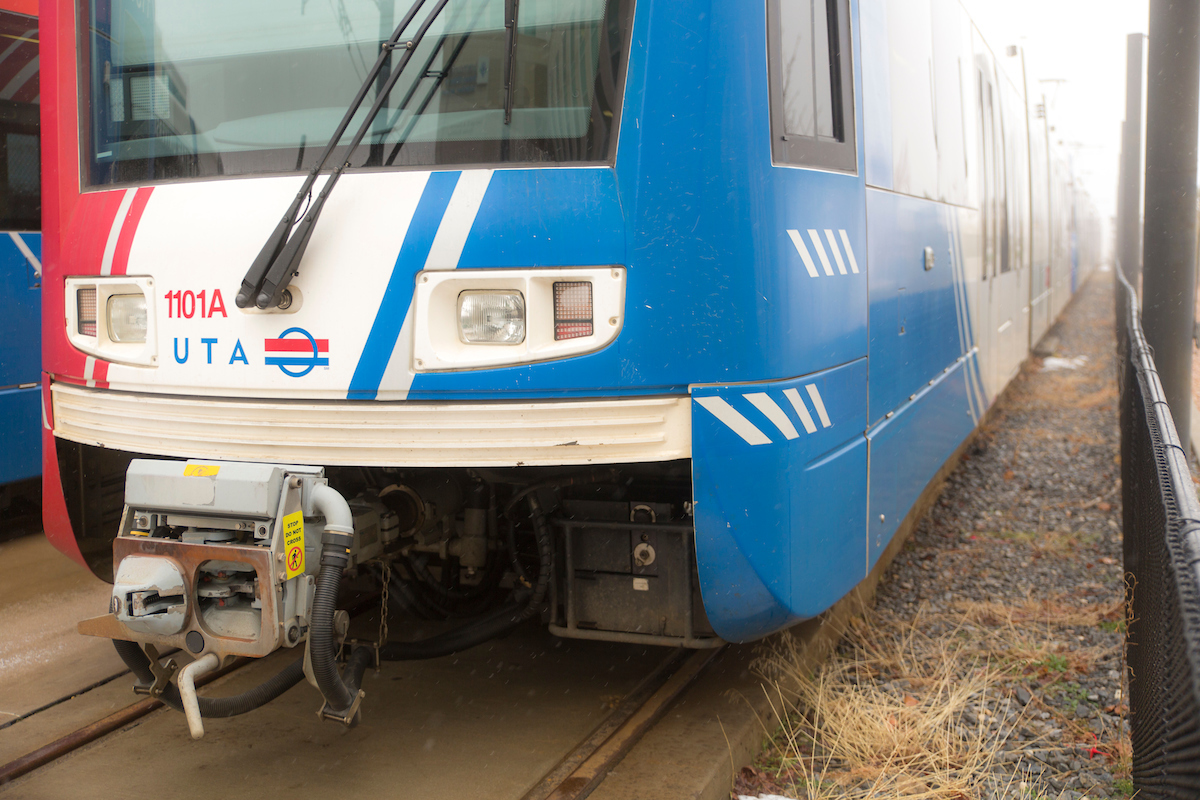 And for the past four years the trains, operated by the Utah Transit Authority, have done even more for Utah’s air: They’ve been air-sniffing sleuths, mapping out where and when different pollutants are present along the trains’ route. University of Utah scientists recently published the findings of this study in Atmospheric Environment.

The TRAX project is the only known transit-based mobile air quality network in North America. Some results are unsurprising, such as spikes of carbon dioxide and nitrogen dioxide, byproducts of gasoline combustion, at street intersections. But the sensors also found methane emissions patterns that didn’t correlate to daytime working hours, suggesting possible fugitive methane leaks. 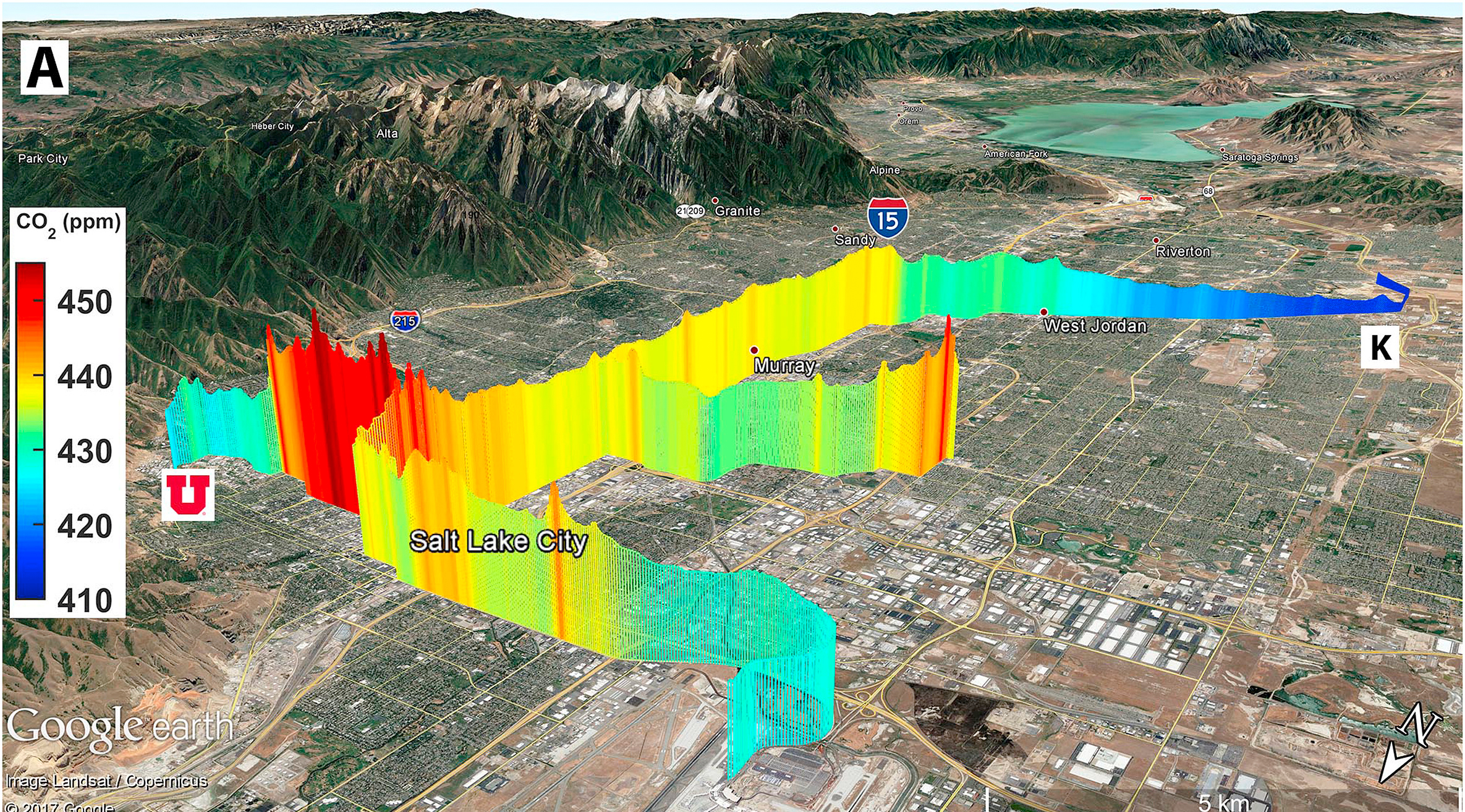 A visualization of average carbon dioxide levels around the Salt Lake Valley, measured on the TRAX red and green lines between December 2014 and April 2017.