Bill Sutherland, emeritus professor of physics at the University of Utah, was awarded the 2019 Dannie Heineman Prize for Mathematical Physics, which he will share with Professor Michel Gaudin at the Institute for Advanced Study and Francesco Calogero, professor of physics at Sapienza University of Rome. The prize is one of the nation’s highest awards for physics — seven previous winners have gone on to receive the Nobel Prize.

“As I remember, Veronica (my wife) and I were sitting outside in the sun having lunch, when my good friend Sriram Shastry called me from the Bangalore airport to tell me I had been awarded the Dannie Heineman prize.  I was then grateful that Sriram had done the work needed for me to be considered, and pleased for Sriram’s sake that he was right — I certainly never expected his application to succeed,” Sutherland told AIP of his reaction to the news.

The citation for the 2019 prize reads: “For profound contributions to the field of exactly solvable models in statistical mechanics and many body physics, in particular the construction of the widely studied Gaudin magnet and the Calogero-Sutherland, Shastry-Sutherland, and Calogero-Moser models.”

Bill Sutherland, emeritus professor of physics at the University of Utah, poses with a class he taught near the turn of the century.

Sutherland’s research has focused on the connections between statistical mechanics and quantum mechanics. He began his Ph.D. working on the two-dimensional 6-vertex model, a statistical mechanics problem. His research showed a strong connection with the one-dimensional quantum Heisenberg-Ising model. Later, Sutherland found an interesting paper written by Professor Francesco Calogero for an exact wave function of a one-dimensional quantum system of N particles interacting by a repulsive inverse-square potential. Calogero’s solution was an unbound scattering state, but Sutherland was able to build upon Calogero’s work and find a solution at finite density, known as the Calogero-Sutherland model.

Born and raised in Marshall, Missouri, Sutherland was the first to attend college in his family. He received his bachelor’s degree from Washington University and a Ph.D. from the State University of New York at Stony Brook in 1968. Sutherland joined the University of Utah in 1971 as an assistant professor and became a professor in 1982. He served on the faculty of the U’s Physics & Astronomy Department until 2004, when he retired and became emeritus professor.

“Bill Sutherland is a towering figure in mathematical physics,” said Peter Trapa, chair of the U’s Department of Physics & Astronomy.  “His profound ideas have had a deep impact on the subject, and continue to inspire new and important applications in many different fields.  He has a great legacy at the U.  I’m delighted that he is being recognized by this prestigious prize.” 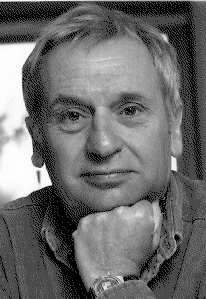 Distinguished emeritus professor Alexei Efros has received the 2019 Oliver E. Buckley Condensed Matter Prize by the American Physical Society (APS). The award recognizes outstanding theoretical or experimental contributions to condensed matter physics and is named in honor of Oliver Ellsworth Buckley, a former president of Bell Labs.  Efros shares the award with colleague Boris Shklovskii, a theoretical physicist at the William I. Fine Theoretical Physics Institute at the University of Minnesota, and Elihu Abrahams, distinguished adjunct professor of physics and astronomy at UCLA

Born in Leningrad, Russia, now St. Petersburg, Efros obtained a master’s degree from the Leningrad Polytechnic Institute in 1961 and a Ph.D. in physics a year later from the Ioffe Physico-Technical Institute. In 1986, he received the Landau Prize in theoretical physics from the Soviet Academy of Sciences. He emigrated to the U.S. in 1989 as a visiting professor and distinguished scholar at the University of California, Riverside. He moved to the University of Utah in 1991 and became a distinguished professor in 1994.

The Buckley award citation reads: “For pioneering research in the physics of disordered materials and hopping conductivity.” The main achievements of the Efros–Shklovskii collaboration are the theory of the hopping conductivity of semiconductors, based upon the percolation approach and the prediction of the Coulomb Gap in the electronic density of states. The Coulomb Gap is demonstrated in the specific temperature dependence of the hopping conductivity and in the specific voltage dependence of the tunneling current from the semiconductor to metal.

Efros became an APS fellow in 1992 for his work on the theory of transport in disordered systems. In 1997, he received the Humboldt Prize from Germany and the Lady Davis Fellowship from Israel. In 2015, he returned to Russia and taught at the Academic University of St. Petersburg from 2015-2018. He lives in Salt Lake City.

“Alexei Efros is a pioneer in the field of disordered systems,” said Mikhail Raikh, professor of physics and astronomy at the U, and a friend and colleague to Efros since their days in St. Petersburg. “His work on the problem of hopping conductivity and insulator-metal transition was groundbreaking, and his models are still used to today. We are so proud he has received this award.”