The University of Utah announced today that Keith Marmer has been selected as executive director of Technology and Venture Commercialization, the university’s intellectual property and technology commercialization office.

Marmer, a leading candidate from the beginning of the search process, was selected from a pool of exceptional applicants. He joins the U with considerable experience in technology commercialization, entrepreneurship and venture capital. He previously served as the chief business officer at the Penn Center for Innovation at the University of Pennsylvania, where he led the Center’s day-to-day commercialization activities. Prior to this, Marmer directed Penn State College of Medicine’s technology commercialization office and served as an associate dean for research innovation. Marmer has also founded and led four companies, his latest being a venture capital firm that targets early stage life science companies. 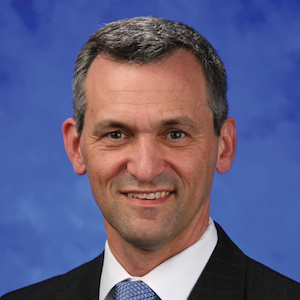 Keith Marmer is the new executive director of Technology and Venture Commercialization, the University of Utah’s intellectual property and technology commercialization office.

Cynthia Furse, associate vice president for research, said, “The Office of the Vice President for Research looks forward to teaming with Keith and TVC to expand opportunities for researchers to partner with industry in all stages of research—from thinking about early conceptual ideas, to developing novel ideas to solve real problems, to scaling up those good ideas and lifting them from the research bench to the real world.”

Technology and Venture Commercialization (TVC) manages the university’s intellectual property, which includes collecting invention disclosures, filing patents, licensing technologies and helping spinout companies based on university inventions. Its purpose is to transform U discoveries into practical applications. In recent years, TVC has become a national leader in technology commercialization. Institutions from around the world have visited the U to learn how to improve their own commercialization programs. TVC has also spun-out over 270 companies, including NPS Pharmaceuticals, BioFire, Attensity, Myriad Genetics, Evans and Sutherland, Blackrock Microsystems and Lineagen.

Marmer grew up in New York City and has resided in the Philadelphia area since moving there to attend college. He holds a Doctor of Physical Therapy, a Master of Business Administration and a Master of Physical Therapy, all from the University of the Sciences in Philadelphia. After graduating with his degrees in physical therapy, Marmer worked as a physical therapist. He then went on to found and lead the first three of his four successful companies, the first two being in the rehabilitation space, and the third being a consultancy for early-stage companies.

Marmer’s experience in university technology commercialization began in 2007 when his alma mater asked him to serve as its vice president of technology transfer and business development.

“Although I had been an entrepreneur for many years prior to this appointment, I had always been attracted to academic settings,” he said. “I was drawn to technology commercialization in a university environment because I saw it as being the perfect blend between entrepreneurialism and innovative research.”

From the University of the Sciences, Marmer went on to Penn State University and the University of Pennsylvania. While at these institutions, he helped found over 40 university spinouts, raised tens of millions of dollars in investment capital for them and moved a number of drugs and technologies out to market. He founded his fourth company, a venture capital firm, after leaving Penn.

“Having only established my venture capital company in 2015, there really was only one variable that could cause me to change career tracks and that was the University of Utah,” said Marmer. “In the technology commercialization space the U is recognized as a leader and an innovator. When I learned they were searching for a new executive director, I knew I had to jump at the chance.

“This appointment is a remarkable opportunity for me to not only become a part of the great things that have already been built here, but to also utilize my experience and relationships to help make it the best technology commercialization operation in the country.”

Marmer believes this ambitious goal can be accomplished by, among other things, focusing on creating, establishing and leveraging strategic relationships, both within and outside the U, and by structuring technology license deals in a “cutting-edge manner” that will position U technologies for faster advancement as well as for seamless, future investment.

“I’m also excited to move to Utah to be closer to my family, including my youngest son, who is a freshman at the U, and to take advantage of Utah’s world-class skiing and outdoors scene,” he said.

Learn more about the U’s technology commercialization operations at www.tvc.utah.edu.