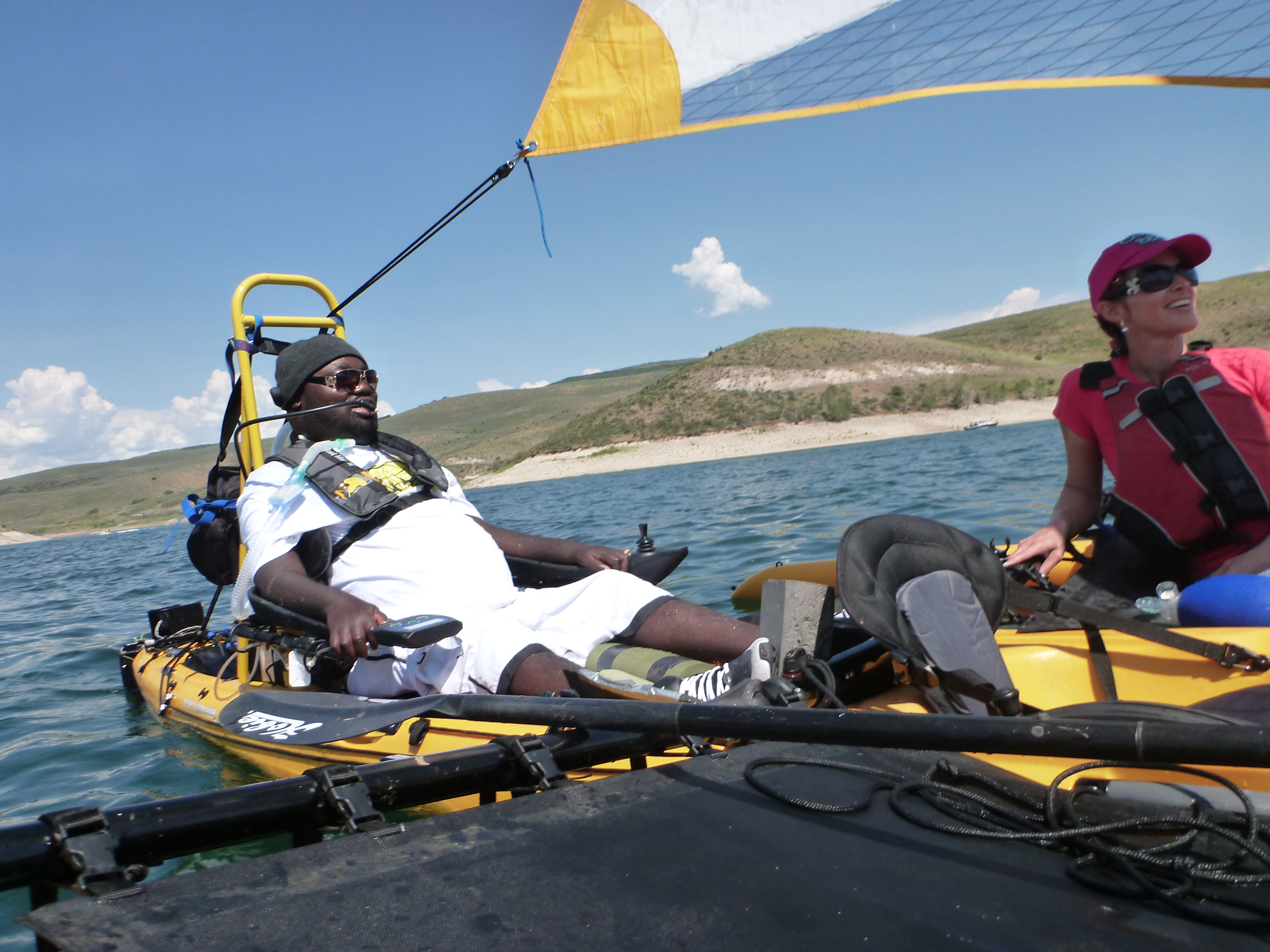 Four innovative University of Utah technologies will be exhibited at CES 2017, the world’s largest and best-known technology trade show. The event runs from Jan. 5-8 in Las Vegas. It marks the U’s third consecutive year at the event—and largest representation yet. CES, which attracted more than 177,000 visitors and 3,800 exhibitors from around the world last year, introduces next-generation innovations to the marketplace.

The U’s technologies will be on display at booth 51116 in the University Innovations Marketplace, a subsection of Eureka Park, the increasingly popular startups section of CES located in the Sands Expo Center. Eureka Park is largely viewed as a harbinger for the future of the consumer electronics industry. All four of the U’s technologies at CES will offer demonstrations to attendees and the press.

U technologies on exhibit include: 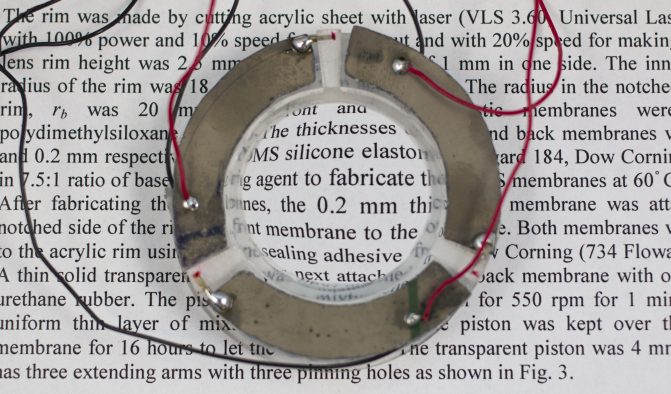 Adaptive Glasses. Adaptive Glasses are smart lenses that in less than a fiftieth of a second automatically put into focus what a user is looking at, whether that object is at a distance or up close. These liquid lenses use a tiny laser and a small amount of electricity to autofocus. They are controlled by an electronic actuator that compresses or stretches the lens based on what the wearer is looking at, thus providing a variable aperture. The glasses work in a similar way to bifocal spectacles in that they provide the user with a range of focus beyond that of traditional eyewear. They are, however, more versatile than bifocals or multifocal glasses as they possess the same function of having focus and different depths without becoming blurry in the other sections of the lenses. The Adaptive Glasses were developed by these members of the Department of Electrical and Computer Engineering: Carlos H. Mastrangelo, professor; Nazmul Hasan, graduate research assistant; and Hanseup Kim, associate professor. 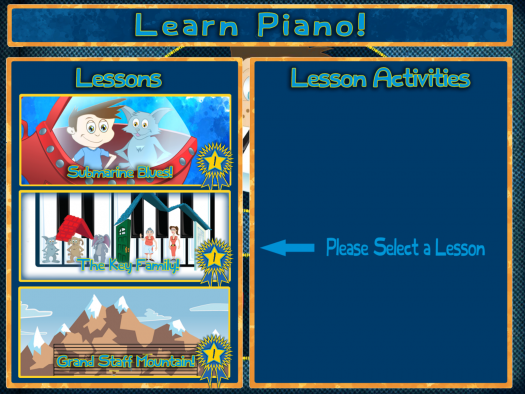 UPlay Piano. UPlay Piano is an interactive, web-based instructional software program for teaching young children how to play the piano. Each lesson contains an engaging and beautifully illustrated story to introduce new concepts, demonstrations and game sections to teach theory and musicianship, piano pieces for practice and a test to reinforce knowledge of concepts. The program employs a MIDI link to allow students to interact with the online website while playing on any electronic keyboard. The platform will also include an online database allowing parents and teachers to track student progress. UPlay Piano was developed by these members of the School of Music: Lindsey Wright, associate instructor; Susan Duehlmeier, professor; Cassandra Olsen-Taylor, adjunct assistant professor; Roger Altizer, director of The GApp Lab; and students at The GApp Lab. Jared A. Pierce, assistant professor at the BYU School of Music and a University of Utah alumnus, also was part of the project team. 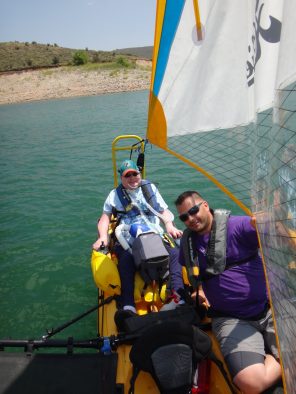 Tetra Universal Controller. The Tetra Universal Controller is a device that greatly expands the number of input commands to individuals with quadriplegia/tetraplegia who use “sip and puff” systems to control mobility devices. Traditional systems typically only recognize changes in pressure. A hard puff, for instance, might enable a wheelchair to move forward, while a soft sip might stop the wheelchair. The ability to perform complex actions or sequences in these current systems is significantly limited. The Tetra Universal Controller combines pattern recognition, timing and pressure intensity which allows for a virtually unlimited number of control directives. Complex sequences can thus be programmed, enabling multistep movements or operations that will give users more control and independence over their lives. The enhanced ability to utilize complex input commands also enables the control of various household and office electronics (e.g., televisions, thermostats, lighting, doors, windows, etc.). It is even used to control both physical and virtual adaptive skis and kayaks. The Tetra Universal Controller was developed by Jeffrey Rosenbluth, associate professor, physical medicine and rehabilitation and medical director of the Spinal Cord Injury Acute Rehabilitation program; Ross Imburgia, research engineer, Division of Physical Medicine and Rehabilitation; Andrew Merryweather, assistant professor, mechanical engineering; Roger Altizer, director of The GApp Lab; and students at The GApp Lab. 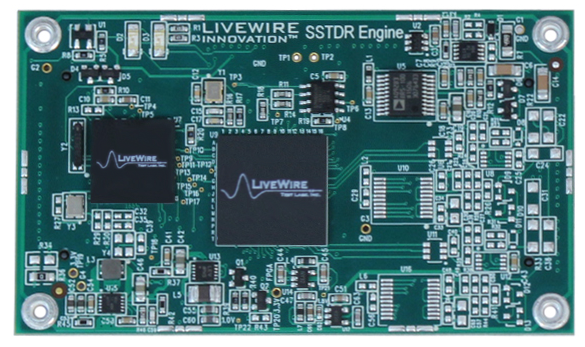 Sentinel 100. The Sentinel 100 is a board and chipset based on the work of Cynthia Furse, associate vice president for research and professor, electrical and computer engineering, that enables engineers, original equipment manufacturers, equipment manufacturers and system operators the ability to monitor electrical systems for detection and location of critical faults in live electrical wires when embedded into a product. The credit card-sized board also allows system operators to collect valuable baseline data that can be used to help predict and prevent outages.

“We look forward to our expanded involvement at CES 2017,” said Keith Marmer, executive director of Technology and Venture Commercialization at the U. “It’s likely that only a small portion of the products on display at CES would even exist if it weren’t for the innovations developed and research performed at universities. The University Innovations Marketplace within Eureka Park is an excellent opportunity for us to showcase the kinds of technologies that may possibly be the future of consumer electronics.”