The University of Utah Alumni Association and Young Alumni Board will host the annual Spring Awards Banquet on Wednesday, April 6, in the Spence and Cleone Eccles Reception Room at Rice-Eccles Stadium & Tower, beginning at 6:30 p.m. U Senior Vice President Ruth Watkins will speak as part of the festivities, which honor two award recipients and celebrate the students receiving scholarships and fellowships from the Alumni Association for the 2016-17 academic year. Political attorney Matthew Sanderson B.A. ’05 is receiving the Par Excellence Award and Stephen Alder Ph.D. ’02 is receiving this year’s Philip and Miriam Perlman Award.

This year, the U Alumni Association is awarding more than $550,000 to support the academic dreams of a variety of deserving students, including those who have overcome tremendous adversity, nontraditional students, first-generation college students, out-of-state students, students of diversity and students in financial need. Revenue from the sales of University of Utah license plates continues to be the primary source of scholarship funds for the U Alumni Association. Association membership fees, proceeds from the Homecoming 5K and other private contributions also support the scholarship funds. 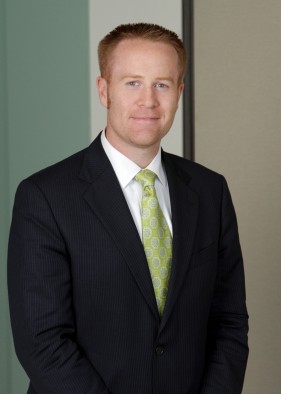 The Par Excellence Award is presented annually by the Alumni Association’s Young Alumni Board to a former student who attended the U within the last 15 years, in recognition of his or her outstanding professional achievements and service to the community as well as the University of Utah. This year’s honoree is Sanderson, a lawyer making a big splash in Washington politics. Sanderson is perhaps best known among college football fans as the lawyer who co-founded the Playoff PAC, a political action committee formed to lobby on behalf of a college football playoff. Playoff PAC was nominated in 2011 for Sports Illustrated’s Sportsman of the Year award for its work in bringing down college football’s unpopular former post-season system, the Bowl Championship Series.

After receiving his bachelor’s degree from the U in 2005, he obtained his law degree from Vanderbilt University in 2008. After graduation, he headed to work in Washington, D.C., where he is a member in the Political Law Practice Group of Caplin & Drysdale, advising major corporations, political committees and advocacy groups on campaign finance, ethics and lobbying rules. He has served as general counsel for Sen. Rand Paul’s 2016 presidential campaign, outside counsel for Gov. Rick Perry’s presidential campaign, legal counsel for Mitt Romney’s Commonwealth PAC, campaign finance counsel for Sen. John McCain’s 2008 presidential campaign and general counsel for a government reform commission created by Utah Gov. Jon Huntsman, Jr. Sanderson, along with the rest of The Colbert Report ​team, received the Peabody Award in 2012 for efforts related to television personality Stephen Colbert’s Super PAC. Sanderson is also a trustee of the American Council of Young Political Leaders and a lecturer at the University of Virginia School of Law, where he teaches an advanced course on campaign finance regulation. 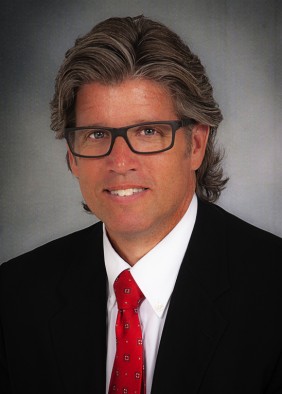 Stephen Alder, Ph.D. ’02, will receive the 2016 Philip and Miriam Perlman Award from the University of Utah Alumni Association.

As the faculty advisor for Global Health Scholars in the Honors College since 2009, Alder has also mentored, taught and counseled thousands of students in majors impacting global health issues. He has additionally been instrumental in initiating the University’s Global Public Learning Abroad programs in which students from a variety of disciplines — both grad and undergrad — participate in community-engaged scholarship in Ghana, Peru, India, Armenia, China and Uganda. Alder is also working to develop a Junior Global Health Scholars program for high school students.

Alder has had a vast and positive influence on countless students and communities. As one student wrote in a hand-written letter: “Thank you Dr. Alder for being an amazing leader… and for helping develop other community leaders. You are honest, dependable and approachable, and your advice has always helped me reach a thoughtful decision.” Other leadership roles Alder fills include serving as president of the Association of Accredited Public Health Programs and as a member of the Framing the Future: The Second 100 Years of Education for Public Health Task Force. He also co-directs the Community Outreach and Collaboration Core for the U’s Center for Clinical and Translational Sciences and is chief science officer for the developing Institute for Health Care Transformation. 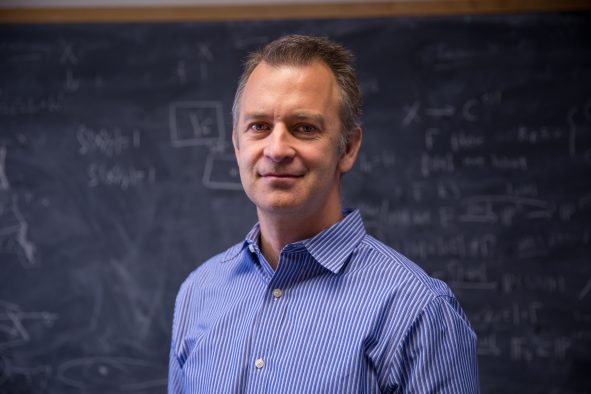 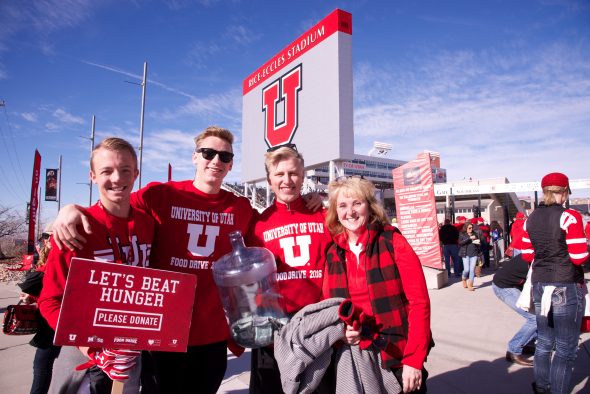 Uniting the Community for the 24th Annual Food Drive
November 16, 2017