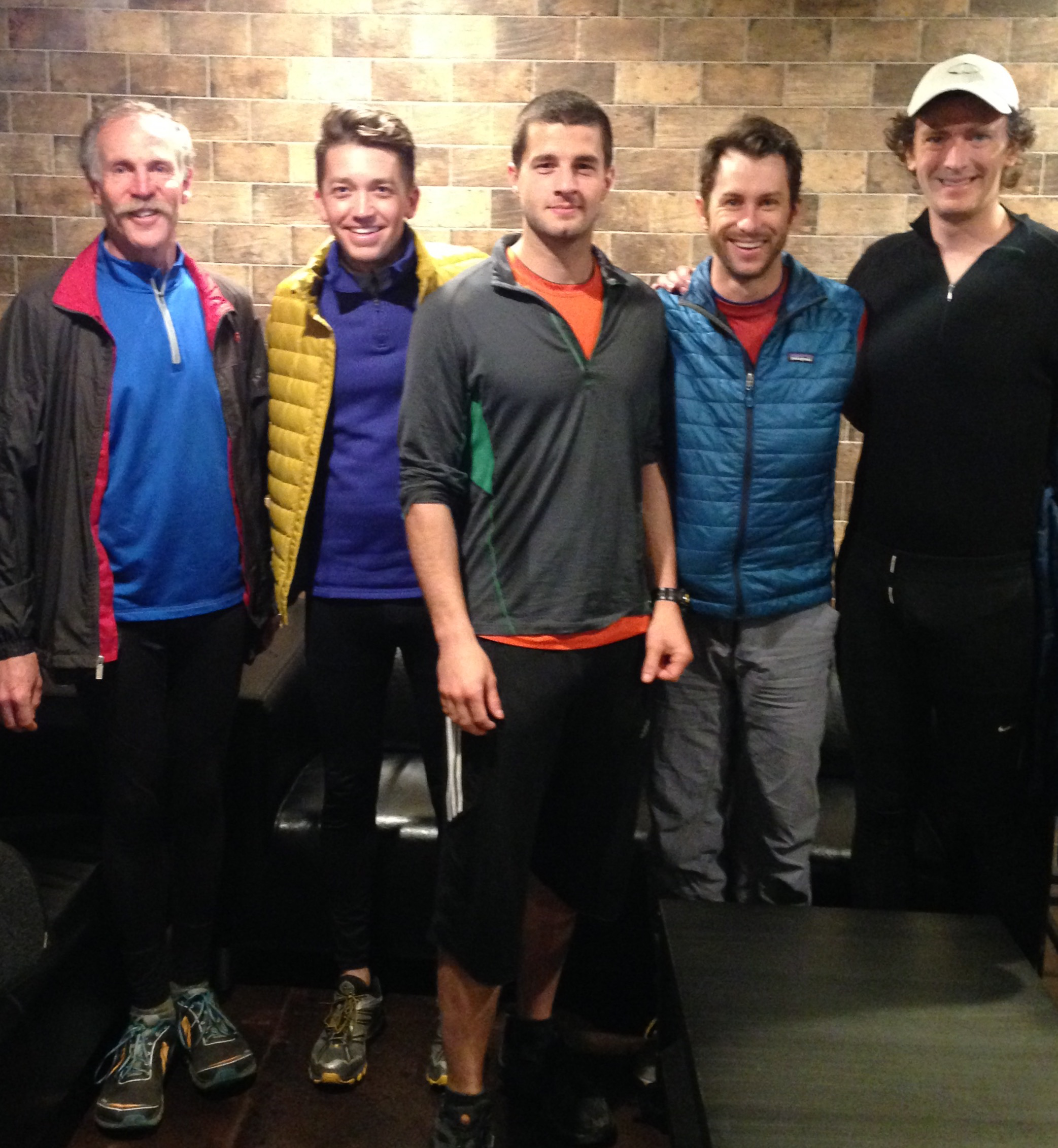 After months of training, Robert Adler, dean of the S.J. Quinney College of Law, will hit the trail on April 8 in southern Utah to run a 100-mile ultra marathon in support of law school education.

On April 7, law students and other members of the University of Utah community will send-off Adler with a 100-mile feat of their own: A relay that will loop around the campus the day before Adler sets out to complete an ambitious goal.

“Our hope is to get the law school to collectively walk or run 100 miles on Thursday (April 7) between 11 a.m. and 4 p.m.,” said Tyler Bugden, a first-year law student who helped to organize the spirit run. “We have set a one-mile loop around lower campus for us to run and walk together. It will be a great event to bring the community together to celebrate the college’s 100/100 initiative.”

Adler, who turned 60 in December and celebrated by climbing Mt. Kilimanjaro,  is primed to finish the Zion 100 Mile course in southern Utah to bring awareness to a goal he has for the University of Utah S.J. Quinney College of Law to reach 100 percent bar passage and 100 percent professional employment placement among its law school graduates.

Adler announced the 100/100 at the grand opening of the law school’s new building, a state-of-the art space designed to enhance innovation in legal education, bolster community service, set an example for sustainable practices and provide students with new opportunities for skills training.

He said the initiative builds on the law school’s already high bar passage rate of 90 percent and professional employment rate of 92 percent last year —numbers that are significantly higher than other national averages across the country among law students.

“Our students deserve no less,” said Adler. “We are backing up this initiative with very concrete strategies to give students every opportunity and every tool to succeed.”

Adler said the law school will find every law student a practicing lawyer mentor through its mentor U program as part of the 100/100 initiative. Students will also have access to new incubator programs and rural lawyer placement to help graduates connect with employment opportunities in underserved communities. An intensive student-faculty learning opportunity for every student through one-on-one or small group work will also be happening more at the law school, Adler said.

He noted affordability is also part of the 100/100 goal, so students can focus on studying and graduate with less debt. The law school recently received a gift to fund a $1.4 million endowment to fund scholarships for environmental law students and new scholarship funds to honor law school alumni.

“It struck me as a perfect metaphor,” said Adler of distance running and law school. “If you persist in something, you can do it.  If you set a goal, and keep trying, there are no limits to what you can do.  It’s a great lesson for law students. Maybe you didn’t start out top of the class, but keep working at it, and you’ll get to where you want to be.  You need to be steady and work hard over a long time, and you will get to the finish line.”

Adler gets up daily at 5 a.m. to squeeze in training runs before work. He is chronicling his long runs on a blog housed on the law school’s website.  The law school has also launched a fundraising campaign to support student scholarships in connection with the 100/100 initiative. Law students will head to southern Utah in addition to participating in the spirit run, with some law students helping to pace Adler at various parts of the race.

Students at the school are supportive of Adler’s efforts, said Bugden, who last week went on a training run with Adler and several other first-year law students. Over breakfast after a run along the Pipeline Trail in Millcreek Canyon, the group discussed plans to pace Adler during the ultra-marathon.

“Dean Adler won’t need us to finish the race – he is ready to do it on his own, and he is very determined to see this through for the College of Law,” said Bugden. “Law school is mentally and emotionally draining, however it is not nearly as mentally, emotionally, and physically draining as a 100 mile ultra. Dean Adler’s pledge to run a 100 mile ultra for current and future students at the law school is a sacrifice, but it is also a huge statement. In order for the 100/100 initiative to be successful, students need to do their part as well. Dean Adler and the College of Law are employing new and creative strategies to provide us with the support we need, the rest is up to us.”

Thursday’s spirit run is free and members of the university community who wish to participate can join in on the route, which is outlined on the following map: 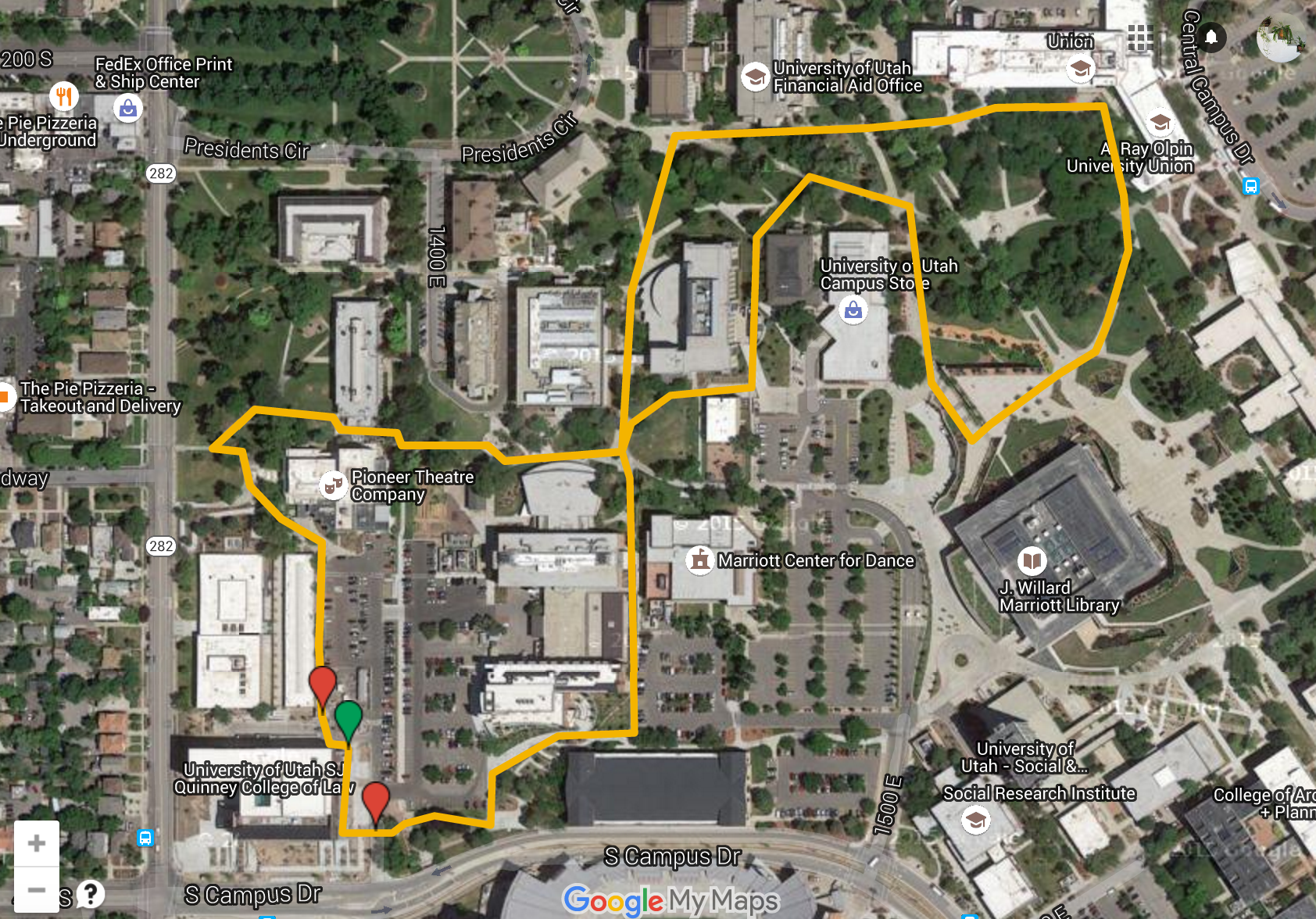 University of Utah law student charts impressive path of public service on journey to graduation
May 12, 2016

University of Utah Alumni Association awards $550,000 in scholarships and honors political attorney and U professor
April 4, 2016