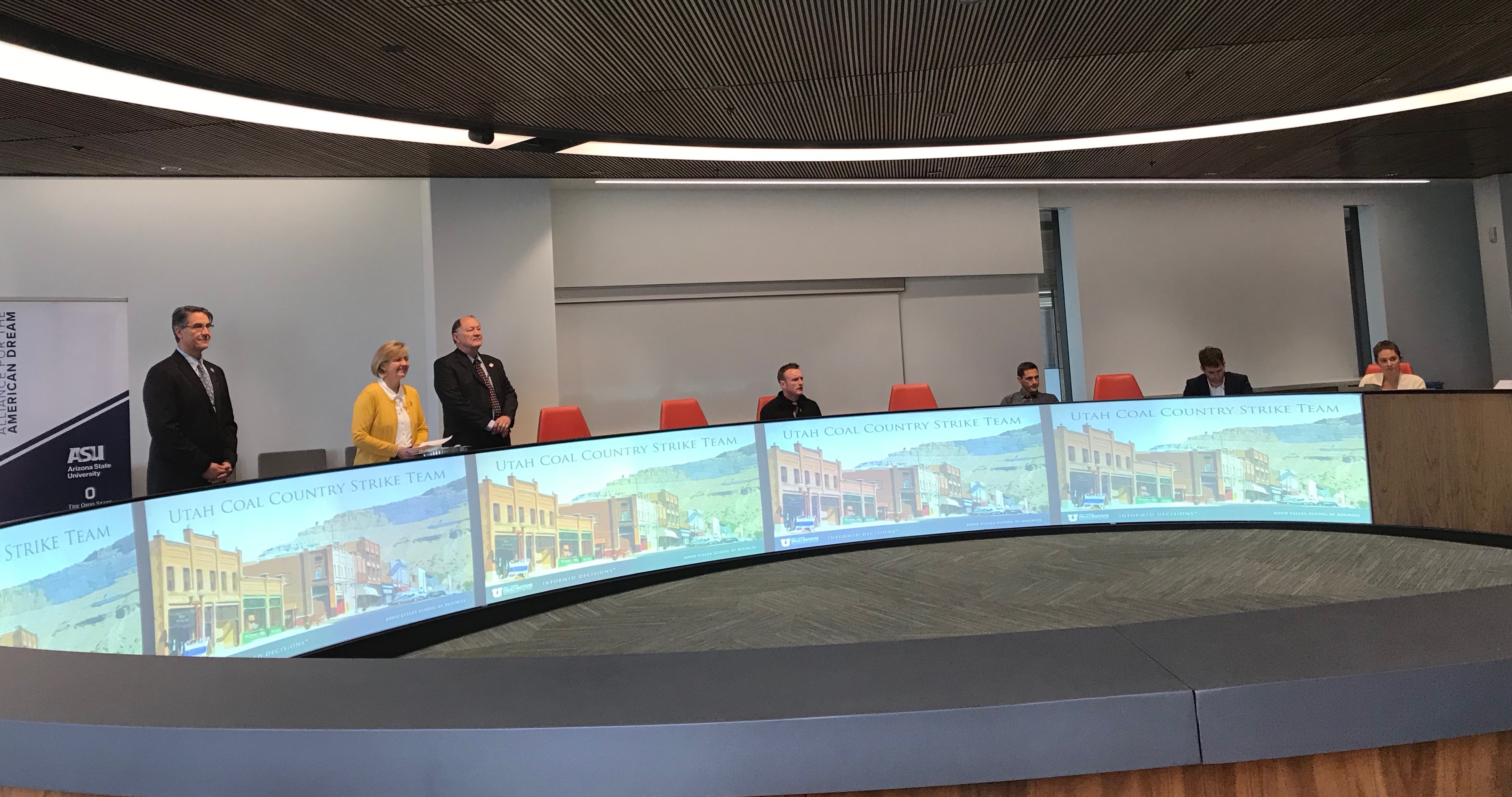 The Utah Coal Country Strike Team’s multi-pronged proposal to boost financial prosperity in Carbon and Emery counties resonated with the Alliance for the American Dream on Tuesday, earning it one of five spots in the final pitch competition this summer.

The economic vitality that has brought Utah national recognition has bypassed the two counties, where economic conditions have steadily declined since 2001 with falling coal production and coal mine closures.

“We’ve all benefited from coal, but we face an economic, environmental and moral imperative to combat global climate change,” said Natalie Gochnour, one of the team’s co-chairs and director of the Gardner Policy Institute. “The benefits of reducing our dependence on coal are widespread, but the costs of doing that are not. Nowhere is this more evident than in Utah’s coal country and other coal dependent regions in the U.S.”

While job growth statewide has increased 17 percent since 2008, employment in Utah’s coal country has declined 16 percent; unemployment is 5 percent, double the state’s rate.

“The Utah Coal Country Strike Team came up with an innovative, genuine partnership that has the highest potential to transform lives,” said U President Ruth Watkins. “The University of Utah is 100 percent behind this endeavor, which addresses one of our country’s most overlooked yet pressing issues.”

The Utah Coal Country Strike Team pulled together representatives from state and local government, education and business. Among them: Price Mayor Mike Kourianos, who helped present the plan to the screening committee.

“This complements my vision for Price, and all of Utah coal country, to diversify the economy, invest in infrastructure and give us a path to future,” Kourianos said. “This is about our future, keeping our children and grandchildren in our community.”

Schmidt Futures founded the Alliance for the American Dream in April 2018 and selected four public universities to vet ideas aimed at raising net income for 10,000 middle-class families in their communities by 10 percent by the end of 2020.

Twelve teams from the four states—Utah, Arizona, Ohio and Wisconsin—shared their ideas during a pitch competition Tuesday at the downtown Phoenix campus of Arizona State University.

A national panel of 10 screeners with extensive experience across the private, public and non-profit sectors evaluated each pitch. The screeners selected finalists based on their interdisciplinary approach, technical components and focus on inclusion for diverse communities.

The teams selected on Tuesday, which are vying for up to $1 million in funding from Schmidt Futures, will now work to refine their ideas before facing a final evaluation this summer.

Two other teams from Utah—Mobility as a Service and Neighbor—also made pitches in the national round.

Neighbor allows people with unused storage space to make money by renting that space to people with storage needs; renters save money over costs of traditional self-storage. Mobility as a Service (MaaS) is a collaboration between the Utah Transit Authority, the Utah Department of Transportation and Salt Lake City to decrease transportation costs by enabling households with multiple cars to get by with one less vehicle through seamless access to alternative transportation services.

The three teams emerged as the top contenders in the University of Utah’s American Dream Ideas Challenge, which attracted more than 150 proposals.

“This grand challenge sparked unprecedented collaboration and innovation from various individuals and communities in Utah,” said Courtney McBeth, director of the U’s American Dream Ideas Challenge. “We’ve been struck by the level of engagement and quality of proposals and look forward running next year’s challenge. We sincerely appreciate Schmidt Futures’ vision in bringing together public universities in an alliance to strengthen the middle class.” 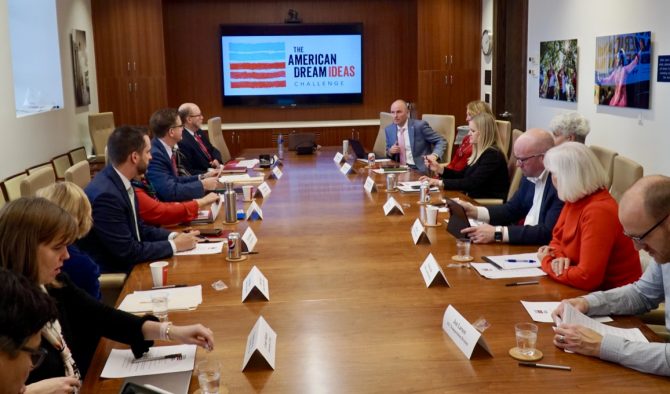