University of Utah Health biochemist Dana Carroll is one of four honorees who will be awarded the 2018 Governor’s Medal for Science and Technology.

“These medal recipients are defined by their tireless passion and service to promoting science, technology and innovation here in Utah,” said Gov. Herbert in a statement. “These individuals’ contributions in scientific advancement and education make a significant impact in driving Utah’s economy and quality of life forward. Their efforts will benefit Utah for years to come.”

Referred to as a “father of genome editing,” Carroll was instrumental in developing a technology that is transforming how scientists are tackling problems from world hunger to human disease. Similar to “copy” and “paste,” genome editing precisely alters an organism’s DNA or genetic blueprint. 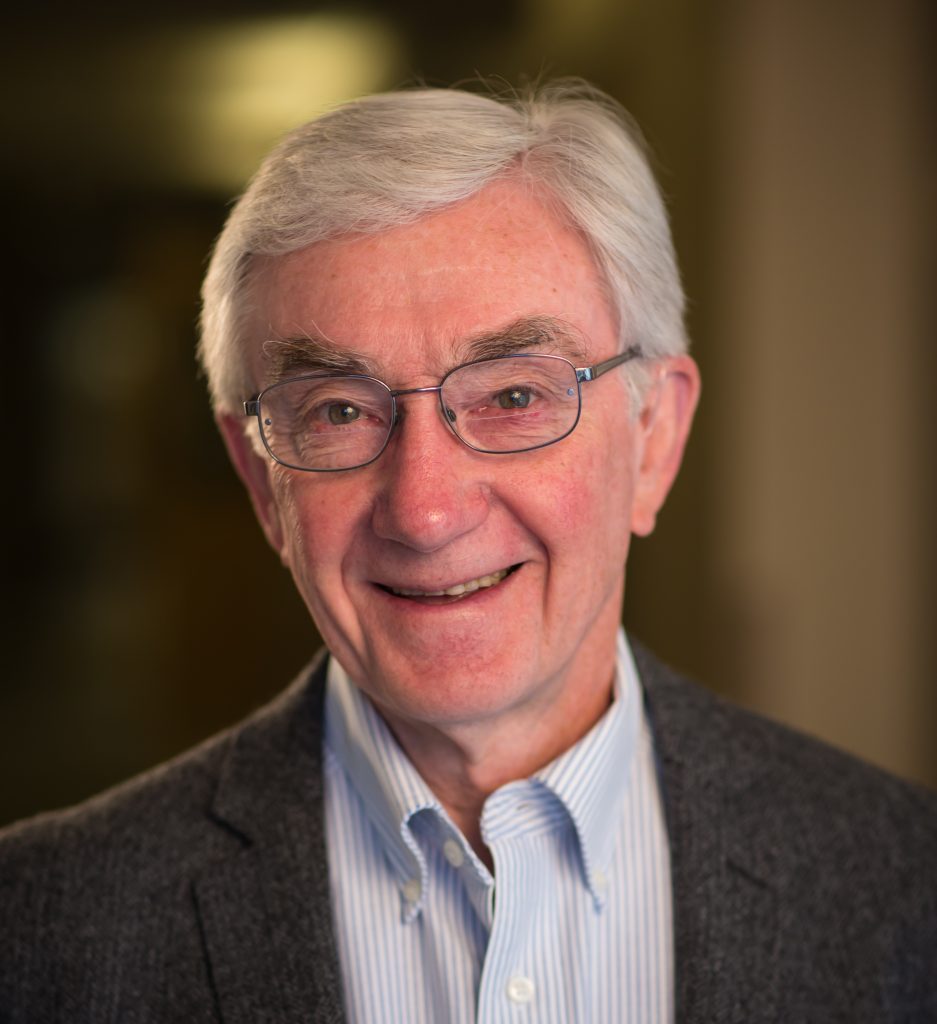 Carroll’s contribution was to demonstrate the effectiveness of zinc-finger nucleases (ZFNs) as the first of a new type of precision tool for manipulating DNA. ZFNs improved efficiency of genome editing by up to one million-fold, greatly expanding the technology’s utility. Academic and industry scientists in Utah and worldwide have since used programmable nucleases including ZFNs to modify genomes of over 100 different organisms, including crops, livestock and humans. Today, the technology is being tested in clinical trials as part of a new approach to treat HIV and cancer.

In recent years, Carroll has increasingly focused his efforts on exploring and engaging in international discussion about ethical ramifications of the genetic engineering revolution that he helped to launch.

“I am very grateful for the recognition from my adopted home state,” said Carroll who was born in California and earned his doctorate at U.C. Berkeley. He carried out his postdoctoral training at the Beaton Institute for Cancer Research in Scotland and Carnegie Institute of Washington before starting as an assistant professor at the University of Utah in 1975.

“My work on genome editing was a direct outgrowth of earlier studies, in my lab and others’, on mechanisms of DNA repair,” he said. Carroll’s research laid the framework for rapid development of successor technologies, including the much talked-about CRISPR. “I have been stunned by how fast this field has advanced, particularly with the advent of the CRISPR technology.”

In 1985, Carroll began his 24-year tenure as chair and co-chair of the University of Utah’s Department of Biochemistry. His leadership was key in growing the department into the respected research center that it is today. Among other accolades, the department is home to three National Academies of Sciences members (including Carroll) and often places in the nation’s top 10 departments for National Institutes of Health funding, bringing tens of millions of dollars into the state of Utah each year.

“One of the things I love about Dana’s research is that he asked a very basic question: How does a cell respond when its DNA breaks? He had the talent to answer that question, and the vision to realize that the answers he found could enable genome engineering,” said Wesley Sundquist, the current co-chair of biochemistry with Christopher Hill.

“Dana has brought great honor and success to Utah through his scientific innovation, through the applications of his discoveries to improve industry and health, and through his leadership at our University and across our society.”

The Governor’s medals are awarded once each year to individuals who have provided distinguished service to the state of Utah in science and technology fields. The Utah Science and Technology Research (USTAR) Initiative and the Governor’s Office of Economic Development sponsor the program.

Gov. Herbert will give medals to Carroll and the three other awardees, Russel M. Nelson, Tyson Grover and George Hanson, at the 31st annual awards dinner on June 6.