A leading cause of vision loss in children is amblyopia, or lazy eye, and video game developers from the University of Utah have come up with a way to not only diagnose but to treat the disorder.

In 2015, U students Ahmad Alsaleem, Ahmad Nassari and Daniel Blair from Entertainment Arts & Engineering won a national competition for their game to help combat lazy eye in children. Now, they have placed third in the Innovation category at Microsoft’s international Imagine Cup beating thousands of entries from as far away as Egypt and Greece. 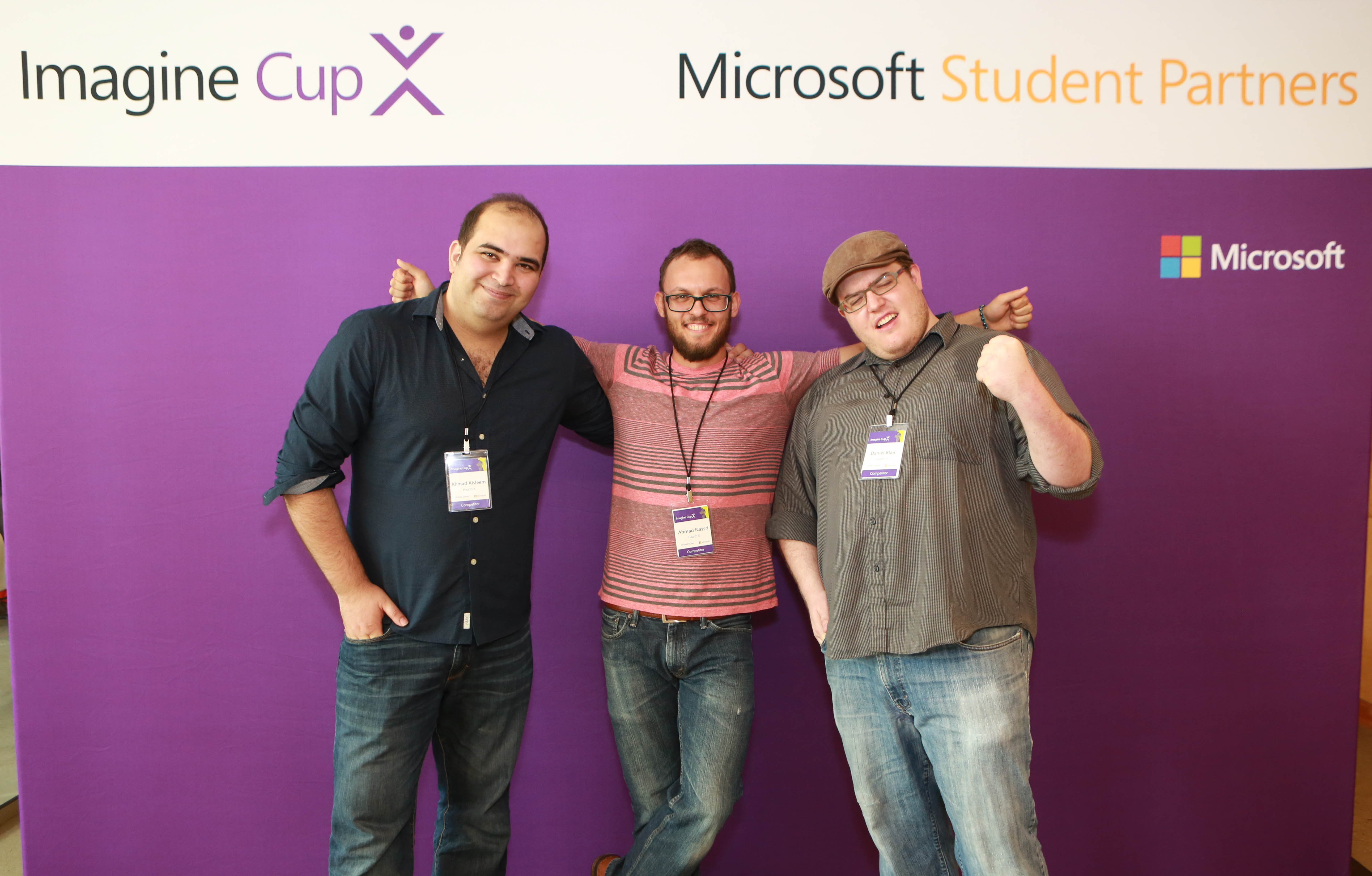 “This is one of the biggest international competitions in the world,” said Alsaleem, a graduate student in game engineering and co-researcher on “HealthX.” “Teams from all around competed for more than six months to be in Seattle for the world finals. Just the connections you can make there are amazing. We can’t say enough about how much we appreciate Microsoft’s effort to create such a great event, pushing young student entrepreneurs forward toward accomplishing their dreams.”

Fully controlled by eye movement, the game forces the lazy eye to move around the screen, which can strengthen and help find the right balance between the eyes. Working with researchers at the John A. Moran Eye Center, “HealthX” is currently in clinical trials and more than 20 patients have participated.

Imagine Cup is a global student technology program and competition that provides opportunities for students across all disciplines to team up and use their creativity, passion and knowledge of technology to create applications, games and integrate solutions that can change the way we live, work and play.